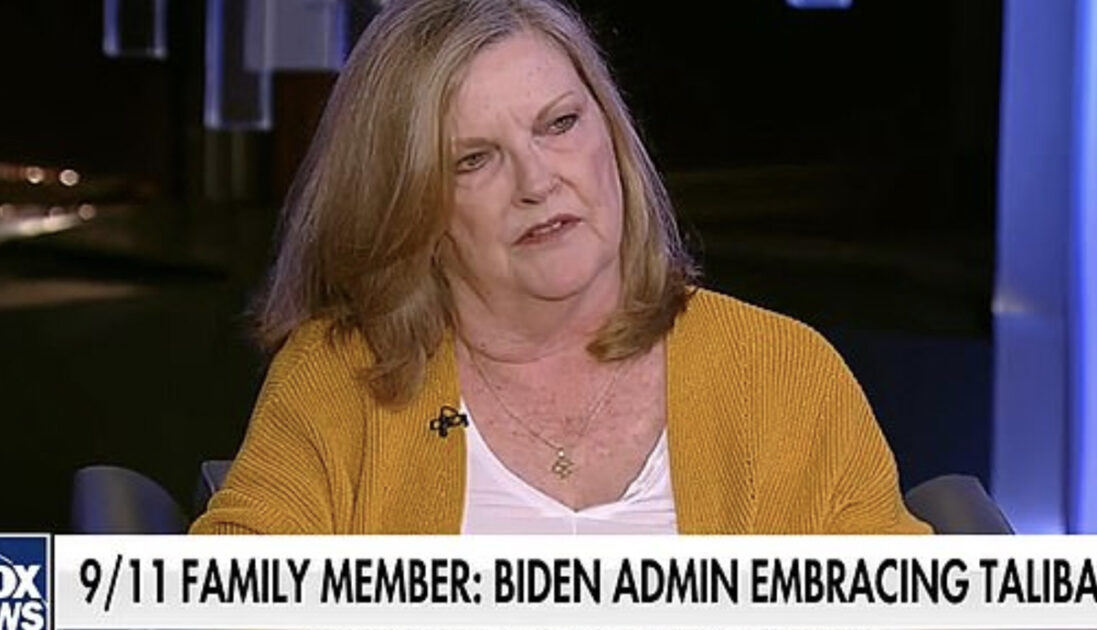 The following article, Sister of Pilot Killed on 9/11 Blasts Biden for Putting U.S.A. in ‘Grave Danger’ from Renewed Terror Attacks, was first published on Flag And Cross.

The sister of an American Airlines pilot killed by Muslim terrorists during 9/11 blasted Joe Biden for putting America in danger once again from radical terrorists thanks to his disastrous pullout of Afghanistan where ISIS and the Taliban are back in power and able to grow at will.

Charles ‘Chic’ Burlingame was killed on the day of the attack after AA flight 77, a Boeing 757, crashed into the Pentagon. And now, his sister, Debra Burlingame, 67, says that Biden is working to make her brother’s loss for nothing.

Burlingame spoke to Fox’s The Story host Martha MacCallum on Wednesday and revealed her disdain for Biden and his disastrous foreign policy.

“Just listening to that fills me with rage,” she told Fox. “Because I can’t imagine what the soundbites 20 years from now will be from President Biden. Those [from Bush] speak to everything he’s not doing.”

“I believe we’re in grave danger now. This administration is now embracing a terrorist regime. The very people he’s referring to sheltered Osama bin Laden, the ones that provided him a safe haven while they practiced storming the cockpits and killing the pilots,” Burlingame added.

“That regime is now in place [in Kabul]. Some of the very people involved … are the people that President Biden is calling a friendlier, kinder, Taliban,” she said noting that Hani Hanjour, who is now coming back to power in Kabul, was partly responsible for the attacks on 9/11.

“That regime is now in place [in Kabul]. Some of the very people involved … are the people that President Biden is calling a friendlier, kinder, Taliban,” Burlingame said.

“No. They’re mullahs installed now, she said. “They have members of the Haqqani Network in their ministry. Haqqani is more vicious than Al Qaeda. They are known for brutal hostage-taking.”

Burlingame also said that Joe Biden is absolutely not welcome during any of the 9/11 memorials.