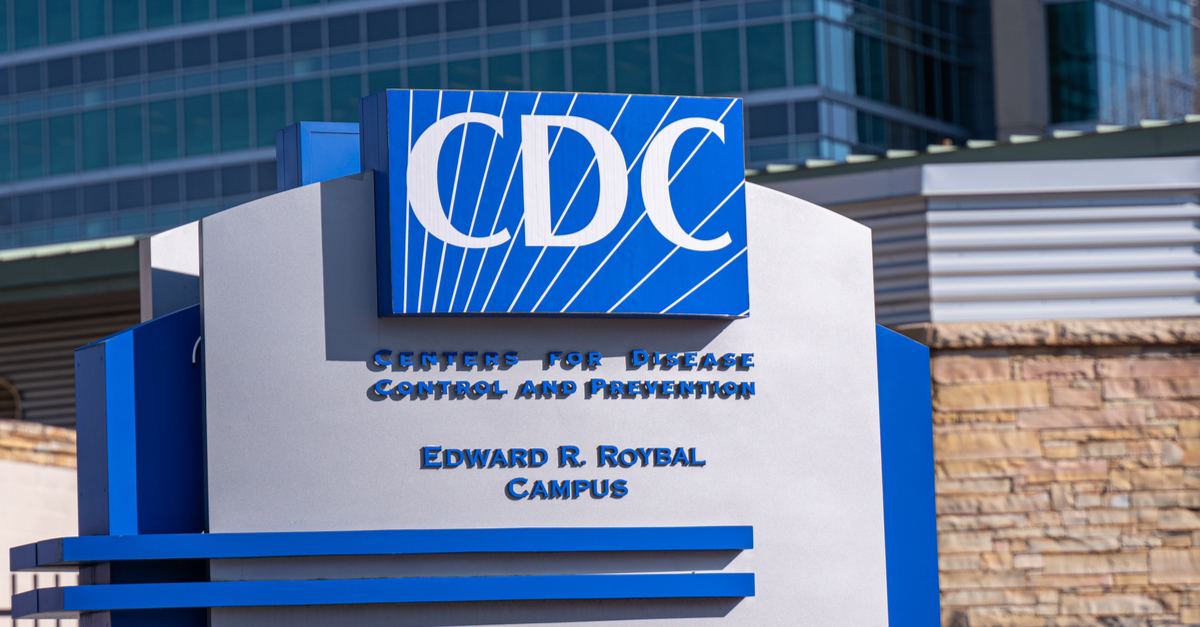 By Wes Walker, via Jeff Dunetz

The left can have ‘trusted experts,’ or they can have political activists. But they don’t get to have both. The leftist CDC is still taking orders from the Teachers’

Even Joe and Kamala showed they intuitively understand that fact, in principle, by how they publicly cast doubt on the vaccine before the election toward the end of Trump’s Presidency.

But NOW we are all supposed to Believe The Science!

We are expected to accept the dictates of the government unflinchingly and without question — no matter how many conflicting narratives we might be getting from various ‘official’ and ‘respectable’ sources.

This would be a lot easier to do if we didn’t so often catch them putting political agendas before the simple act of communicating the truth.

Of all the many egregious examples of undermining public confidence in our ‘trusted experts,’ the activism of the Teachers’ Unions in setting ‘medical policy’ in the schools is one of the most egregious examples.

After all, back in 2020, teachers’ unions in LA planned to refuse to return to class unless the ‘defund the police’ agenda went forward in local politics, not to mention the closure of charter schools, taxing the wealthy, and so on. Kids have become pawns in their game, and Democrats faithfully dance to their tune since Teachers’ Unions are one of their biggest backers.

But somehow, these activist unions get to offer input into policies given by our ‘impartial scientific experts’? How is THAt exactly?

It was bad enough that this story came to light. Teachers’ Union Leader Says That Biden’s CDC ‘Asked For Language’ In School Re-Opening Guidelines (VIDEO)

The Teacher’s Union’s influence among our ‘impartial experts’ didn’t end there.

The Centers for Disease Control and Prevention (CDC) issued tighter mask guidance after a prominent teachers union pressured the agency to include more rigorous mask recommendations in school buildings, according to newly-obtained emails by watchdog group Americans for Public Trust.

The emails, obtained through a Freedom of Information Act request by the watchdog and published by Fox News, show a string of communications between the National Education Association (NEA) and White House staffers.

…Email correspondence includes a draft statement from the NEA to the White House in which the teachers union criticizes the CDC over its masking guidance after it announced on May 13 that vaccinated people could stop wearing masks indoors and outside.

…Following discussion and coordination with the White House, the NEA eventually released a much more relaxed statement, which reads, “CDC’s current recommendation that schools continue to implement existing school-related guidance, including the mandatory and correct use of wearing masks and continuing of social distancing, is an important and welcome clarification about the protections that need to be in place in our schools.”

On May 15, the CDC also released updated masking guidelines noting that schools should maintain both masking and physical distancing, as well as other mitigation measures, through the end of this school year, regardless of vaccination status.

This is just one more in a long line of examples of the politicization of our ‘medical expert’ class. Here are a few others…

Our new class of ‘medical celebrities have above and beyond in their efforts to sabotage their own public credibility as they openly carried water for the political talking points of the day — to the point it’s impossible to tell which of them are their own ideas and which have been talking points pushed by lobbyists working on behalf of China, the Dems, Big Pharma, or even Teachers’ Unions.

This wasn’t one or two infractions, either. It was a pattern of falsehoods both great and small that have gutted the public trust in public institutions that had, until recently, been pretty well-respected.

We saw the Lab Leak hypothesis, which was ‘absolutely NOT true, disinformation, and blatantly racist’ — until it became the most reasonable and plausible available explanations. (This is a fact that China’s aggressive cover-up, destruction of evidence, and silencing of whistleblowers alone should have made us suspect was the case.)

We saw it again with explicit lies about gain-of-function research. We now have smoking-gun evidence that Fauci lied about finding it when questioned point-blank about it in Congress.

We have seen it with contradictory guidance in mask mandates. First, Fauci admitted he lied to the public (but he did so for ‘noble reasons,’ so that’s supposedly ok), now he is one of the leading proponents of masks anywhere and everywhere one can be worn.

We are told that there is no downside to wearing a mask, and the only upside — except for the fact that studies have now told us that the blue surgical masks don’t do much and that there are some serious considerations in favor of NOT mandating that children wear masks.

While our politically active Television Experts push the need for masks everywhere and anywhere, they have been contradicted by official sources casting doubt on the usefulness of mask-wearing,

The fact that some of these same TV experts went on to take jobs for pharmaceutical companies or HVAC air purifications has done little to dispel any concerns about their objectivity.

But we’re all supposed to ‘believe the science.’

After all, once someone tells you they’re a liar, are you still obligated to believe them about anything?