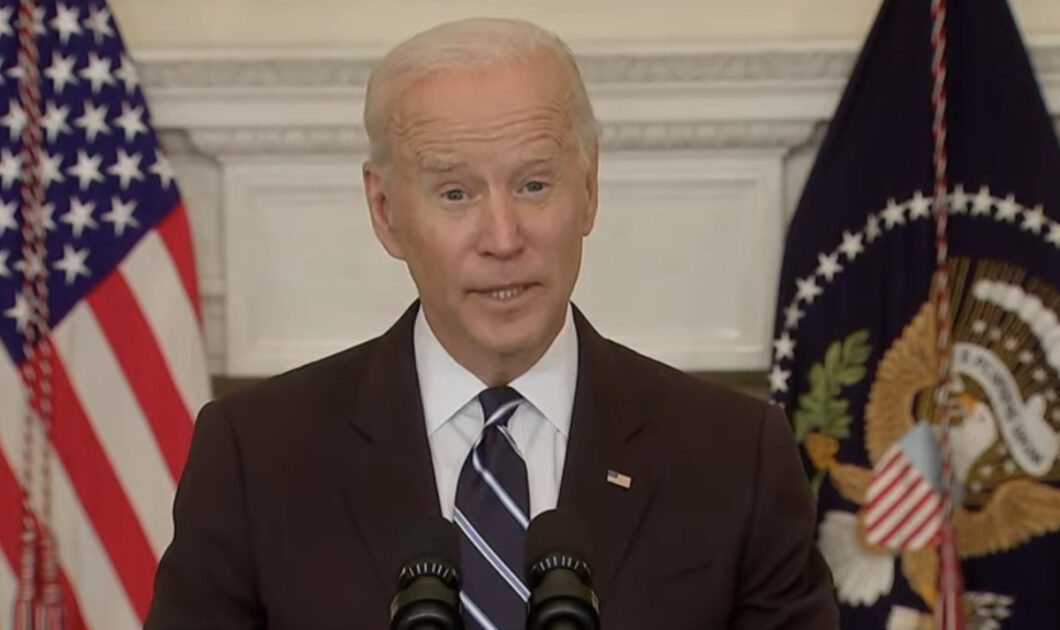 The following article, Biden Claimed He Has Power to ‘Get’ Governors Who Oppose His Vax Policy ‘Out of the Way’, was first published on Flag And Cross.

During his speech Thursday revealing a new national vaccine mandate, Joe Biden made the outrageous claim that he has the power to get governors who oppose him “out of the way.”

So much for all that voting and elections stuff, huh? Biden is now all powerful to destroy any governor at will… at least he thinks so in his senile brain.

During his speech revealing his new unconstitutional vaccine mandates, Biden say that if governors don’t follow his rules, “I will use my power to get them out of the way.”

“Let me be blunt,” the senile Biden screeched. “My plan also takes on elected officials in states that are undermining you… Talk about bullying the schools. If these governors won’t help us beat the pandemic, I will use my power as president to get them out of the way.”

Of course, it is absurd to act as if masking and vaccinating kids makes Biden some sort of hero. Kids have almost zero chance of getting or transmitting the coronavirus.

A recent CDC report found that out of nearly 2,000 hospitals between 2020 and 2021only eight of America’s 73 million children died of the virus. Eights. And yet, liberals want to put 70 million kids in danger with unhealthy masking and crippling their education.

Continue reading: Biden Claimed He Has Power to ‘Get’ Governors Who Oppose His Vax Policy ‘Out of the Way’ ...

You may think you have the Power to Rule over us, but the final Power lies in the hands of the citizens no matter how many Foreign Fighters you bring in!