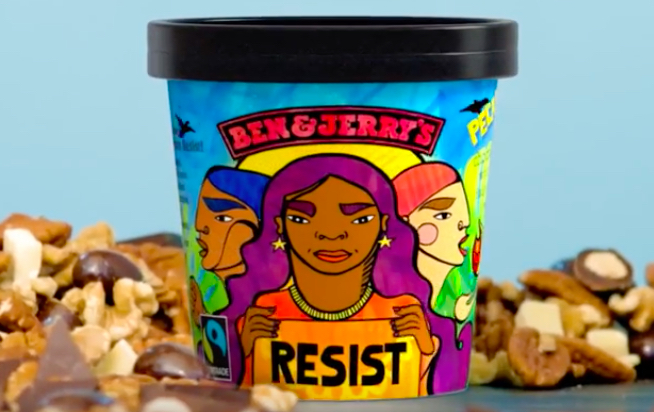 The following article, Arizona Divesting All Funds from Unilever Over Ben & Jerry’s Plan to Stop Selling in Israel, was first published on Flag And Cross.

The state of Arizona has announced that it will officially divest its state funds from Unilever, owner of Ben & Jerry’s, over the ice cream company’s decision to stop selling its products in parts of Israel.

On July, Ben & Jerry’s announced it would stop selling its products on what it claimed in “Occupied Palestinian Territory.”

” We believe it is inconsistent with our values for Ben & Jerry’s ice cream to be sold in the Occupied Palestinian Territory (OPT). We also hear and recognize the concerns shared with us by our fans and trusted partners,” the ice cream maker said.

Ben & Jerry’s will end sales of our ice cream in the Occupied Palestinian Territory. Read our full statement: https://t.co/2mGWYGN4GA pic.twitter.com/kFeu7aXOf3

Food giant Unilever bought out Ben & Jerry’s in 2000. However, part of its agreement on the purchase was to take a light hand on Ben & Jerry’s tiller.

But whatever Unilever is or is not doing with its ice cream company, the state of Arizona is not having any of it.

“Arizona law states that a public entity or public fund may not enter a contract or directly invest moneys with a person or company that is engaged in boycotting Israel,” Yee said in a letter to the company. “On August 3, 2021, our office wrote to Unilever PLC, informing your firm that it has been identified as actively boycotting Israel due to the actions of Ben & Jerry’s, a subsidiary of Unilever, announcing that it will withdraw sales from the West Bank and other territories in Israel at the end of 2022.”

The Grand Canyon state’s investments in Unilever will fall all the way to zero later this month.

“Our investments in Unilever have been reduced from $143 millions as of June 30, 2021, to $50 million today and will be zero by September 21, 2021 after our last investment in Unilever matures,” Yee noted in the letter.

In a press release, Yee expressed her support for Israel.

“As Arizona’s Chief Banking and Investment Officer, I stand with Israel, and I will not allow taxpayer dollars to go towards anti-Semitic, discriminatory efforts against Israel,” Yee said, according to the release.

“I gave Unilever PLC, the parent company of Ben & Jerry’s, an ultimatum: reverse the action of Ben & Jerry’s or divest itself of Ben & Jerry’s to come into compliance with Arizona law or face the consequences. They chose the latter,” Yee said. “It does not matter how much investment Unilever PLC has in Israel, with Ben & Jerry’s decision to no longer sell its product in the West Bank, the companies are in violation of the law in Arizona. Arizona will not do business with companies that are attempting to undermine Israel’s economy and blatantly disregarding Arizona’s law.”