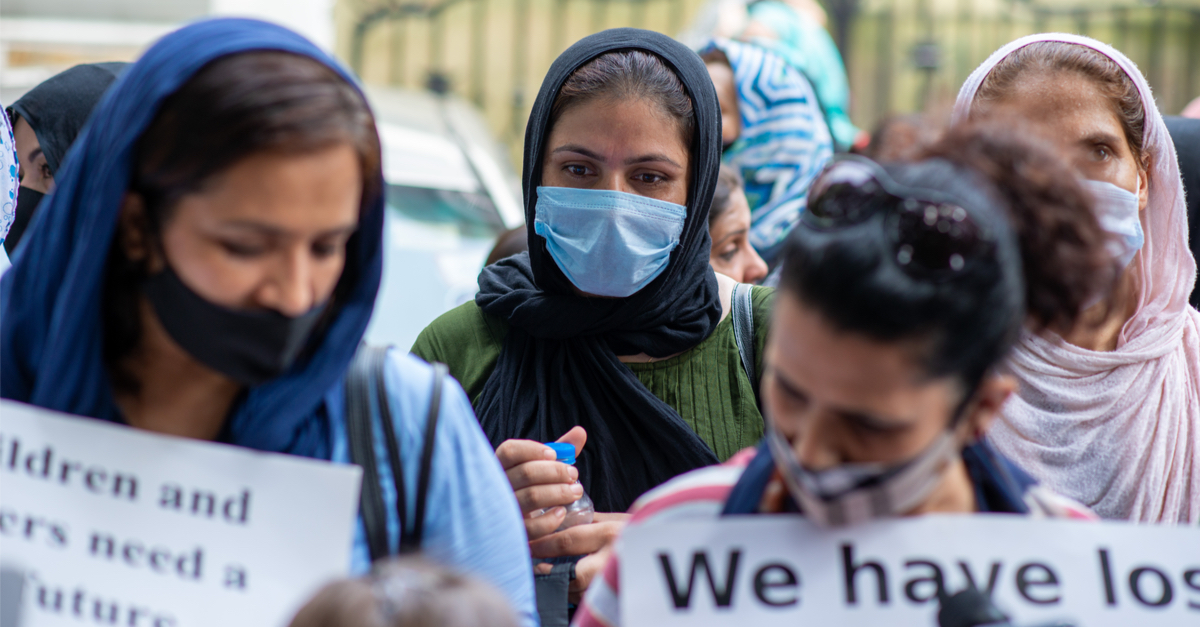 The following article, Allegedly ‘Modern’ Taliban Now Beating Women in the Street, was first published on Flag And Cross.

When President Joe Biden’s plans for leaving Afghanistan were revealed to be a misguided and dangerous expediting of a seriously worrisome situation, the administration began looking for ways to soften the blow.  One of the ways in which they tried to keep the word satiated was by suggesting that the Taliban, a terror organization that we’ve spent 20 years fruitlessly fighting, were somehow reformed, and, if they were to take over Afghanistan, they would do so in a much more moderate fashion than they ruled in the 1990’s.

As it turns out, unsurprisingly, you can’t trust terrorists.

Hundreds of Afghans, many of them women, protested in Kabul on Tuesday, chanting slogans against neighboring Pakistan and expressing support for rebels in the last part of the country resisting Taliban rule.

Video posted online showed protesters near the Pakistani Embassy in Kabul holding signs saying “#SanctionPakistan” and “#StandWithPanjshir.” Elsewhere on a street near the Iranian and Turkish embassies, video emerged of Taliban fighters firing into the air to disperse the protests.

Several journalists covering the demonstration were arrested, according to the Associated Press. In one case a reporter had their microphone taken by fighters waving Kalashnikov rifles, who then beat him with it and broke it, the AP reported.

Videos of the Taliban beating women in the streets for protesting were soon going viral.

Another footage from today:

This is the Taliban that the Biden administration has implored us to trust, after they savagely conquered Afghanistan in just eleven days.