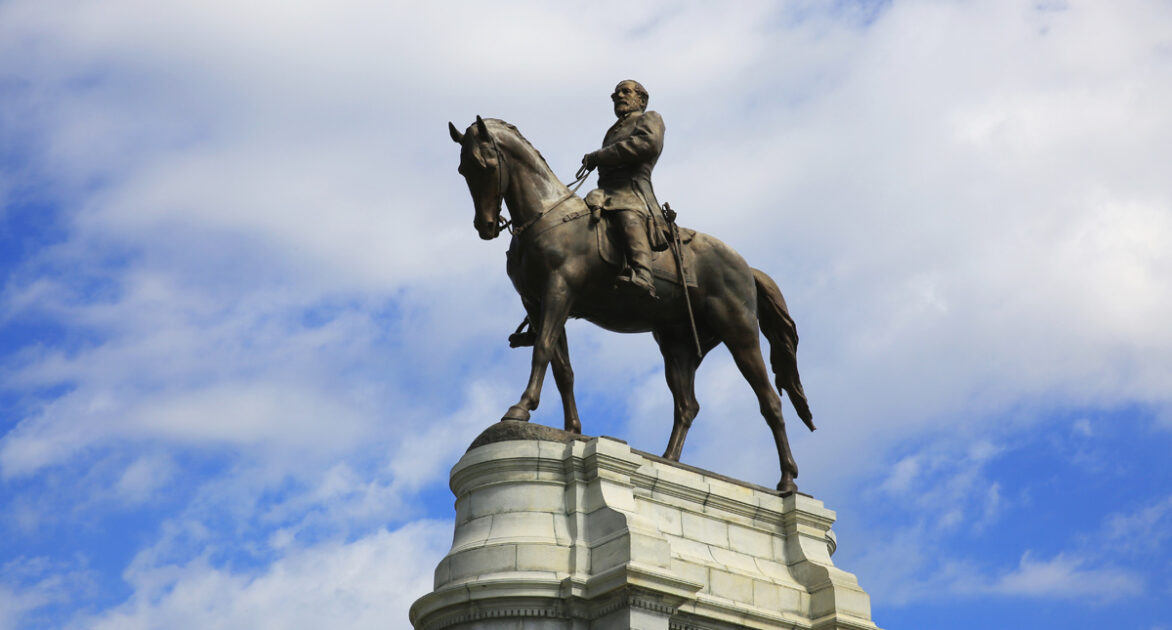 Left-Wing Virginia Gov. Ralph Northam presided over the destruction of a Robert E. Lee statue that has been sitting in Richmond, Virginia, for more than 130 years on Wednesday.

The Gov., who only survived a black face scandal because he is a Democrat protected by the media and the establishment, led a celebration of the destruction of the statue which was toppled from its pedestal and cut to pieces in front of a cheering crowd of leftist activists invited for the event.

Robert E. Lee was eventually the Confederate Army’s commander in chief during the Civil War, and his father, “Lighthorse” Henry Lee, was a member of the founding generation, signer of the Declaration of Independence, and Gov. of Virginia.

According to Richmond’s ABC affiliate, the destruction of the statue erected in 1890 started on Tuesday as authorities began closing down the city’s streets:

The 12-ton statue, which is the largest Confederate statue in the United States, will not be simple to take down. Large portions of the area around the monument, including portions of Monument Avenue and North Allen Avenue will be completely closed off.

As for how the massive bronze statue is coming down, it will not be in one piece. [A] source stated that the Lee statue will be cut at the waist.

The upper body will be removed first, followed by Lee’s legs still attached to the horse. There are eight “pins” holding the statue up on the base. After removal, the source said the statue pieces will be taken to the Goochland Women’s Correctional Center on State Route 6 for temporary storage.

“Officials say the graffiti-covered pedestal will remain in place while discussions continue about the future of Monument Avenue,” the local public radio station reported.

Gov. Northam said removing the statue was a “step in the right direction” and will allow Virginians to “fully tell” the history of the state.

The truth is, of course, that this is an erasure of history, not any “telling” of it. Liberals have already begun to eliminate the history of any white person who contributed to the creating of the United States.

That elimination of history will continue unless citizens finally get tired of the rape of American history.

Why are the Woke Spineless Democrats who are in the minority of America 🇺🇸 be allowed to destroy our country’s history? If you are a so unhappy living in our country, why don’t you leave. The United States 🇺🇸 of America is not holding you hostage. 👋👋👋👋👋