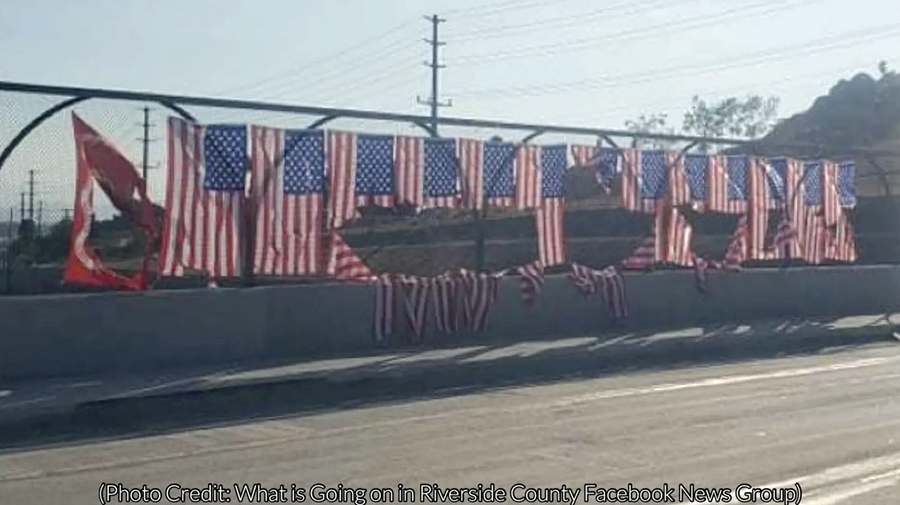 The following article, Vandals Destroy Flag Memorial to 13 Marines Who Died During Biden’s Afghan Bugout, was first published on Flag And Cross.

On Tuesday, vandals destroyed a display consisting of 13 U.S. flags and one Marine Corps flag erected to memorialize the service members who were killed during Joe Biden’s Afghan bugout that was hanging next to a roadway in Riverside, California.

The memorial was displayed on a fence of the Ivy Street overpass above the 91 Freeway in Riverside, Fox News reported.

Local citizens removed the damaged flags and handed them over to Boy Scout Troop 703 to be properly retired, police said.

The display was a memorial to the 11 Marines, one sailor, and one Army soldier who died in Kabul during a suicide bombing attack perpetrated by ISIS-K. The same attack killed more than 160 Afghans.