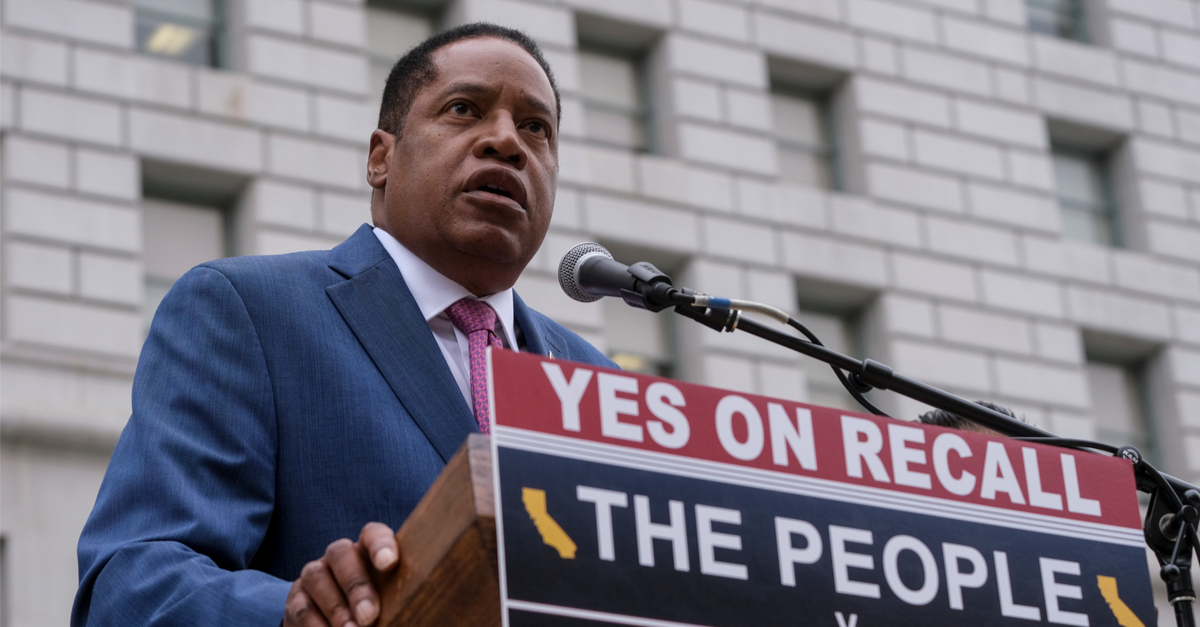 It’s coming down to the wire in California’s gubernatorial recall election, and it looks like the liberal left is pulling out all the stops to keep Gavin Newsom in office.

Newsom’s most competitive challenger is Republican Larry Elder, who this week was the victim of a strange attack by leftists that some believe may be racially-charged.

In a video posted online, Larry Elder and members of his campaign are seen walking through a neighborhood in Venice as an activist barely misses Elder after chucking an egg at him from behind.

“We’re getting egged from behind,” a member of Elder’s team is heard saying in the video.

Elder is then pushed into an SUV as a woman activist wearing a gorilla mask aggressively argued with one of Elder’s staffers.

Video of the incident was soon circulating on social media.

A white woman in a gorilla mask threw an egg at Larry Elder, who is seeking to become the first black governor of California. Doesn’t seem very tolerant and inclusive to me. pic.twitter.com/zKjEHeNqS3

The California recall has been seen by many to be little more than a contest of turnout, with Democrats going so far as to recruit former President Barack Obama for a television ad reminding them to vote.

The people attacking Larry Elder and company look like some real intelligent winners don’t they ? ROFL.
Evidently democrat voters are as racist as democrat politicians are. I doubt any of them could spell racist.
They voted for democrats, and now they’re paying the dues for it. Serves them right IMO. Voting in Larry Elder would be the smartest thing any of those people ever did their entire lives IMO.