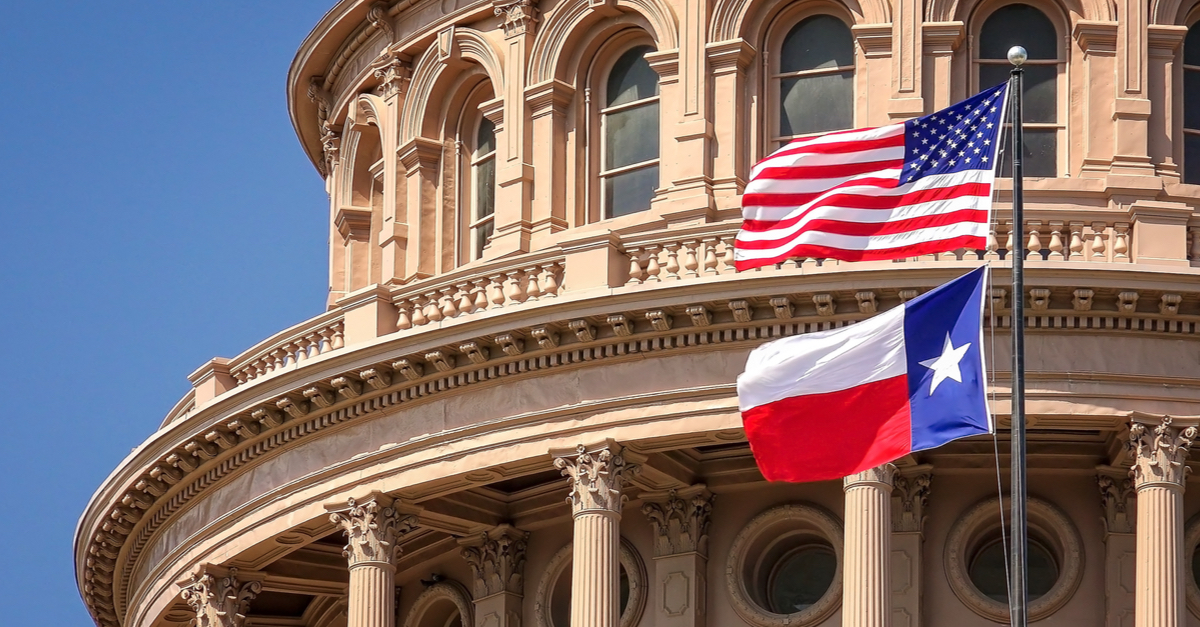 The following article, DOJ Files Suit Against Lone Star State Over Abortion Law, was first published on Flag And Cross.

Texas, a famously independent state if there ever was one, has been the subject of great controversy this week, after the US Supreme Court upheld a hotly-contested new abortion law in the Lone Star State.

The law, which would prohibit abortions after six weeks, has drawn a fierce rebuke from the liberal left an the West Wing like, and now it appears as though the Biden administration is willing to weaponize the Department of Justice in order to gut Governor Greg Abbott’s work.

The Department of Justice (DOJ) has filed a lawsuit against the state of Texas over its new law outlawing abortions after six weeks of pregnancy, Attorney General Merrick Garland announced Thursday.

The Texas Heartbeat Act, or S.B. 8, signed by Republican Gov. Greg Abbott in May, prohibits all abortions once a fetal heartbeat can be detected, usually around six weeks, and also gives individuals the right to sue abortion clinics or those who help women get abortions in the state.

“It does not rely on the state’s executive branch to enforce the law, as is the norm in Texas and everywhere else,” he said. “Rather, the statute deputizes all private citizens, without any showing of personal connection or injury, to serve as bounty hunters, authorized to recover at least $10,000 per claim from individuals who facilitate a women’s exercise of her constitutional rights.”

“The obvious and expressly acknowledged intention of this statutory scheme is to prevent women from exercising their constitutional rights by thwarting judicial review for as long as possible,” said Garland.

This will only serve to further inflame tensions between Texas and the federal government, at a time in which many are beginning to wonder if Washington knows where to draw the line between states’ rights and national overreach.