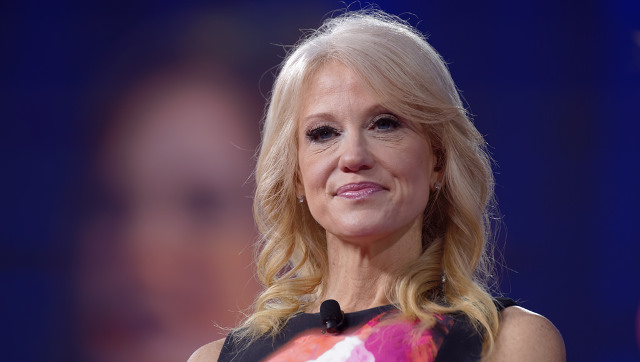 The following article, Biden Bumps Kellyanne Conway and Sean Spicer from Advisory Roles, was first published on Flag And Cross.

During the 2020 campaign season, Joe Biden had but one job:  Prove to the nation that he was not Donald Trump.  The Democratic Party seemed certain that this would be all that was needed to get Biden to the White House, and so they set Sleepy Joe out onto the trail, with a unifying, healing stump speech in hand.

Biden told us he’d be a “President for all Americans”, and that he’d turn down the temperature in Washington DC.  The pettiness he perceived from the previous administration would be a thing of the past.

That lasted about 8 months.

The Biden administration on Wednesday removed 18 appointees named to U.S. military academy boards by Donald Trump in the final months of the Republican president’s term in office, according to the White House.

Cathy Russell, director of the White House Presidential Personnel Office, sent letters to 18 people named to the boards of visitors for the Air Force Academy, Military Academy and Naval Academy calling on them to resign by close of business on Wednesday or face termination.

Spicer and Conway were furious with the demands, with both vowing to fight the decision in court.

Conway’s open letter to President Biden was trending on Twitter soon after being published.

President Biden, I'm not resigning, but you should. pic.twitter.com/HuRYM4bLYP