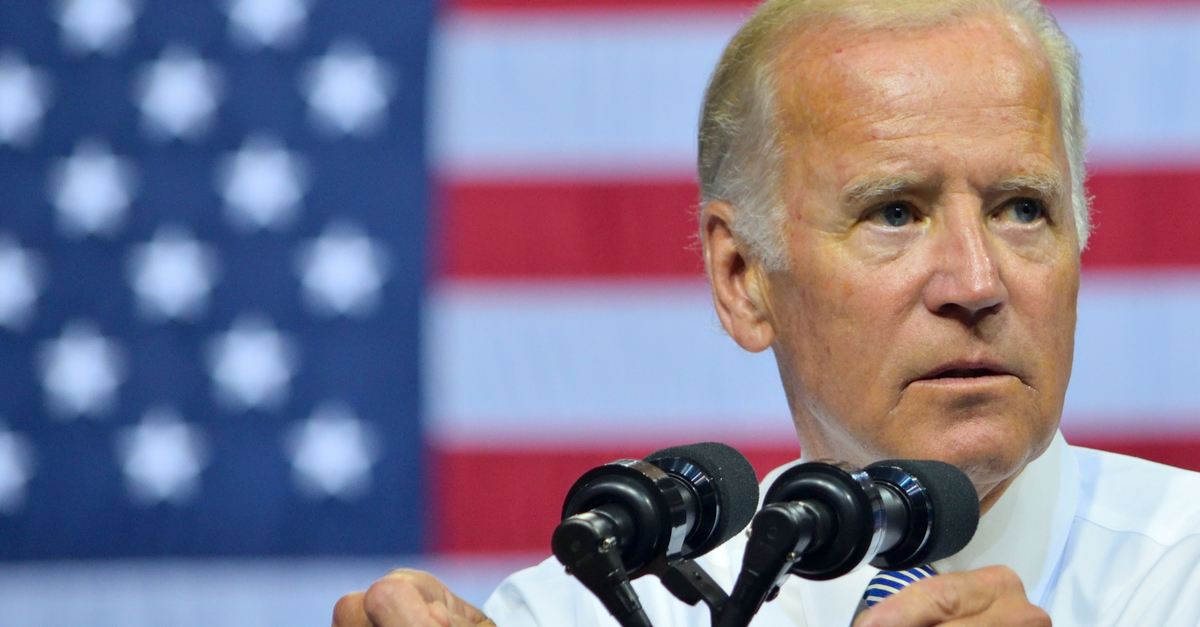 Pressing Joe Biden isn’t the most well-spoken President we’ve ever had, and it’s doubtful that he’d even argue with you about that.  He’s a gaffe machine.  He blathers.  He misspeaks and he misreads.

And, now that his age is catching up to him, there are plenty of Americans who wonder if perhaps a touch of cognitive decline isn’t also playing a role in the Commander in Chief’s gibberish.

In fact, even his own staff has a hard time watching him on television, citing concerns for their mental health in that decision.

White House staffers admit they switch off or mute President Joe Biden’s public appearances out of anxiety, according to a report.

Politico reports White House staffers cannot bear to watch the president speak because they are “filled with anxiety.”

Biden sometimes takes questions from reporters, failing to stay on script of his carefully prepared messaging strategy or increasingly drawing a hostile reaction from gathering crowds.

“I know people who habitually don’t watch it live for that reason,” said one current official.

This week saw a number of strange slip-ups from the President:

Earlier Tuesday, Biden spoke about tornados in New Jersey, telling those present that “they don’t call them that anymore.”

Biden has often joked with the press that he’d be “in trouble” if he were to stick around and field questions from them, but perhaps this is truly no laughing matter.