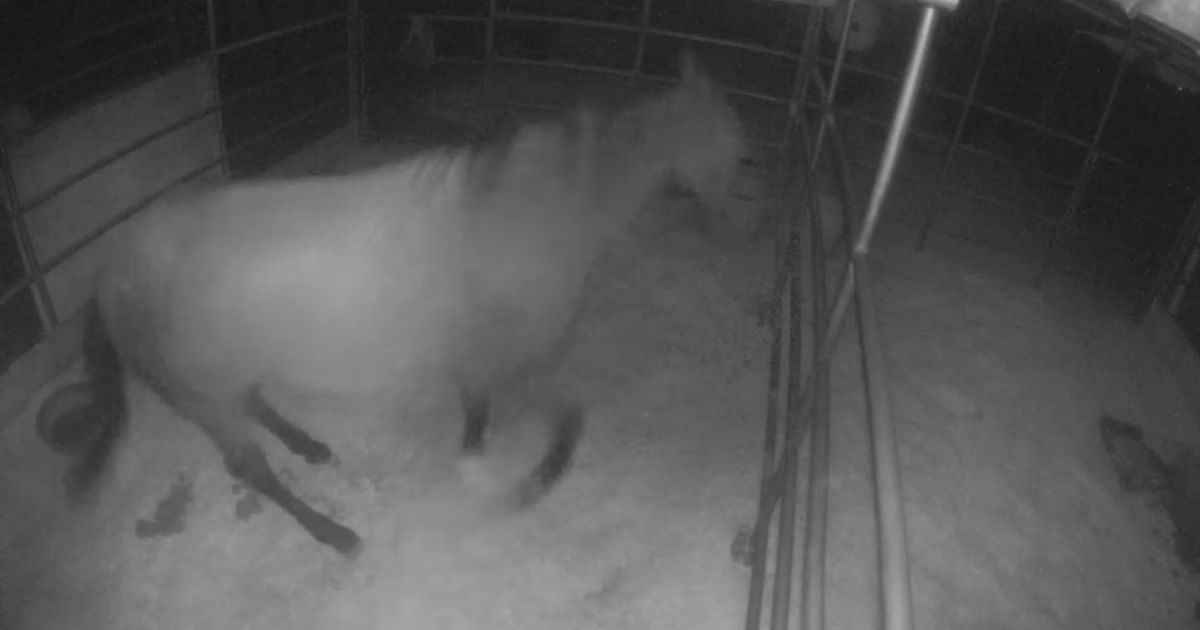 The following article, Outrage After Man Catches the Moment His Horses Are Abused on Camera, was first published on Flag And Cross.

Sean and Dana Pietsch of Desert Foothills, Arizona, have put out a plea for help identifying two men who trespassed, vandalized property, and — worst of all — committed animal abuse.

The couple has two horses, both in their later years, both victims of an attack that took place Thursday.

Shortly after midnight, two males approached the older horse, 30-year-old Indy, and began to punch him and throw river rocks from a nearby wash at him. Put up in his stall for the night, Indy was unable to escape and paced frantically as they continued their onslaught.

At some point, their other horse, a 25-year-old palomino, came near to check on Indy, and then she was attacked too.

Sean said he feels horrible that they had no idea this was happening while they were in their home, just a few hundred feet away.

“I almost felt guilty that I was 200 feet away and didn’t know and didn’t stop it,” he told KNXV-TV.

The Pietsches first realized something was wrong the next day when there was a rock inexplicably taking up residence in Indy’s stall.

“We saw a river rock in his pen,” Sean said. “So we checked the security cameras and that’s when we discovered two individuals had come into the yard at 1 a.m. and were in here for about 30 minutes straight — assaulting the horses, throwing river rocks at them, punching them. All kinds of horrible, horrible things.”

Video shows the poor horse “crashing into the rails, trying to do everything to get away from them, to get out of his pen,” as Sean said.

“They could have killed him.”

The attack is especially heartbreaking considering the horse’s age.

“This is supposed to be the good ol’ days,” Dana added. “And then this happens.”

After hearing the story, the community is up in arms, with people adding to the pool of money being raised as a reward for the identification of the suspects leading to arrest. Some people have made even more personal offers of help.

“They want them found,” Sean added. “A lot of people are very hurt and very upset after seeing what was happening to these horses. But we don’t want any vigilante justice. … We want it to go through law enforcement.”

The donated cash reward is up to $1,895 on the couple’s GoFundMe, which they started by popular request. They said that they believe the men were locals, as no car was noticed, and they are probably young adults.

“Suspect #2: Appears to have light colored top and pants, dark shoulder length curly hair, dark colored baseball cap with light colored writing on it, appears to be between 5’ 10” & 6’, approximately 155lbs.”

Thankfully Indy did not suffer any broken bones, though Sean noted that he’s more skittish now and he fears that the suspects will return.

“He is sore and whatnot,” Sean said of the horse. “I hope there’s no permanent damage.”

According to an update on Sean’s page, the Maricopa County Sheriff’s Office Major Crimes Division is on the case, and the attack is being taken seriously.

Continue reading: Outrage After Man Catches the Moment His Horses Are Abused on Camera ...