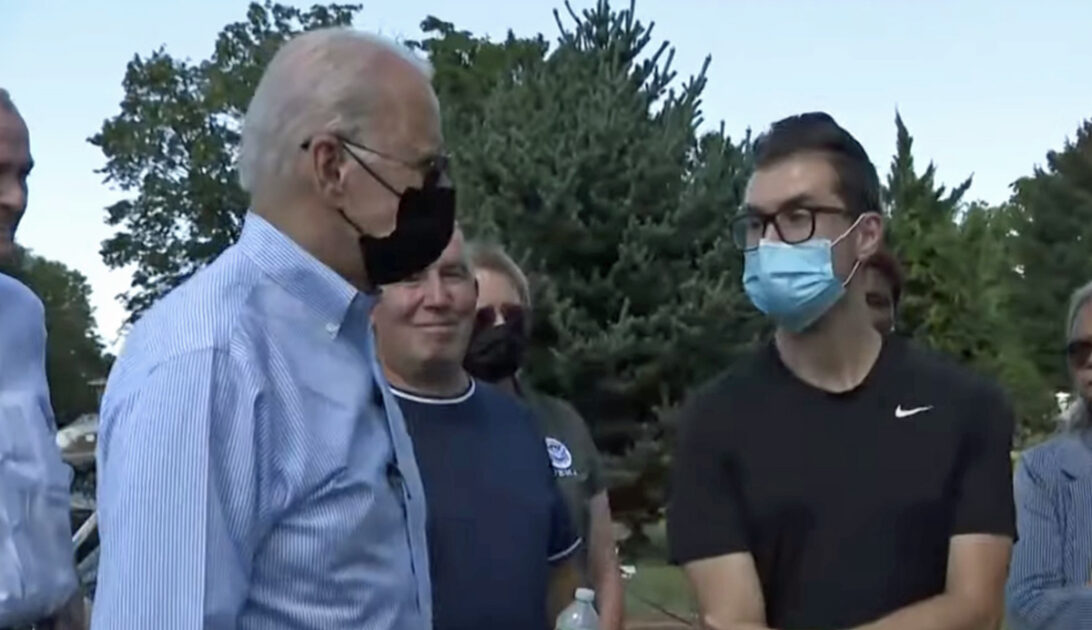 Joe Biden found a very hostile welcome Tuesday when he visited the state of New Jersey to tour areas damaged by Hurricane Ida.

During one of his little speeches in Jersey, Biden was heckled by a man in the audience. And Biden kept running into people waving Trump flags and signs, too.

A Manville, NJ, man interrupted Biden’s message by shouting, “Resign, you tyrant!” as he toured a devastated neighborhood. The heckler stood in his yard with a campaign flag for former President Donald Trump. Reporters positioned between Biden and the man said Biden did not react to the taunts.

Other pro-Trump protesters had greeted Biden’s motorcade along its route through North Jersey.

Multiple protesters were photographed giving the president a middle finger as he drove from Hillsborough Township to nearby Manville.

One person held a protest banner that said “F— Biden And F— You for Voting For Him.” Another sign said ,“Biden go back 2 the basement.”

It isn’t likely Biden was cognizant of any of this, though. In fact, he was having such a senile moment that at one point he claimed that people in the Midwest don’t call tornadoes, tornadoes anymore.

BIDEN: “Looks like a tornado, they don’t call them that anymore.”

This is what happens when Biden doesn’t have a teleprompter.pic.twitter.com/HlQyyGbbRR

Yeah, what? Who told this doofus that? Where did he get such an idiotic notion?

The reception Biden received in New Jersey was not much different than what he found in Louisiana.

In one instance, for example, a group of utility workers turned their backs as Joe “commander in cheat” Biden’s motorcade drove by.

Utility workers in Louisiana wait for Biden’s motorcade to drive by, then turn their backs on him.