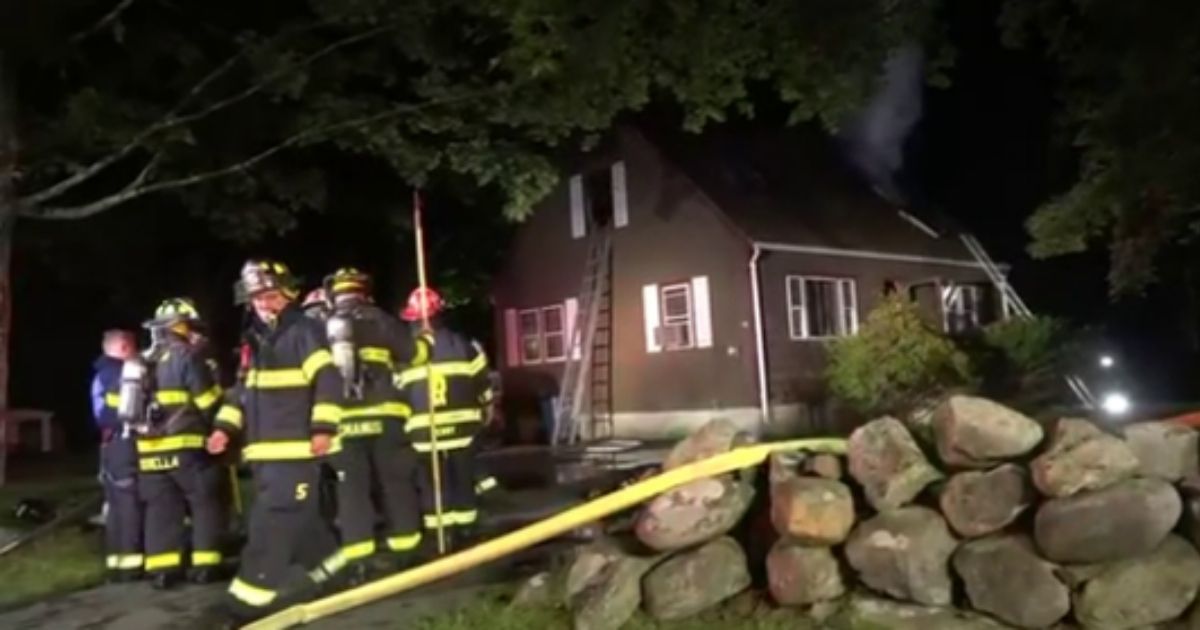 The following article, American Hero: Man Saves Neighbor from Fire 20 Years After Losing Family in Blaze, was first published on Flag And Cross.

Mark Collum of Rowley, Massachusetts, is a commercial fisherman by trade, but after the events that transpired over the last weekend, he can add “hero” to his job description.

His feat is all the more amazing when you know his past. Twenty years ago, Collum lost his wife Lisa, 4-year-old daughter Lindsay and 5-month-old daughter Carly in a devastating house fire when he was not home.

Such tragedy leaves a deep mark, and most people in his position likely would have faltered if they faced such an emergency — but Collum didn’t.

Early Sunday morning, Collum heard someone screaming for help. He went outside to see his neighbor’s house on fire. She was still inside.

After calling 911, Collum went into the house himself, rescuing neighbor Deb Shanahan before first responders even arrived on the scene.

At 5 a.m., firefighters arrived and were able to contain the blaze, though by that time it had done its damage and the home was later deemed uninhabitable.

“I heard ‘Fire, Fire!'” Collum later said, according to WOAI-TV. “I just threw my clothes on out of reaction, saw her in the kitchen milling around. Flames billowing out the back. Smoke filling up the kitchen.

“And I just grabbed her and took her out. You know, I had a little smoke in my lungs, same with her. So, I just took her outside and things worked out well. Thank God.”

Shanahan was taken to Anna Jaques Hospital for an evaluation but is doing well — thanks to Collum.

Rowley Fire Captain Ron Merry said Shanahan was the only occupant, according to KBTX-TV.

Merry, who has been a firefighter for over 45 years, was also one of the responding firemen when Collum’s home went up in flames and his family perished.

Merry said it was even more impressive that Collum was the rescuer in this scenario, given what he’d experienced.

“She was out before we got there,” Merry said of Collum’s swift actions.

When asked if his past with house fires causes him to approach them differently, he said it does.

“Of course I do, yeah,” he acknowledged. “It still resonates in me, but I’m glad things worked out today.

“I’m just glad I was here and did the right thing, that’s all. Just hopefully Deb’s all right and everything worked out well today so, I’m kinda glad.”

The cause of the fire was later determined to be from a cigarette, prompting a PSA from Jake Wark with the state Fire Marshal’s Office.

“Cigarette butts can ignite debris, mulch, and steps, porches, or railings outside a home,” Wark said, according to The Daily News of Newburyport.

“There’s no safe way to smoke, but if you must smoke we recommend a heavy ashtray or can with water or sand — and put it out, all the way, every time.”