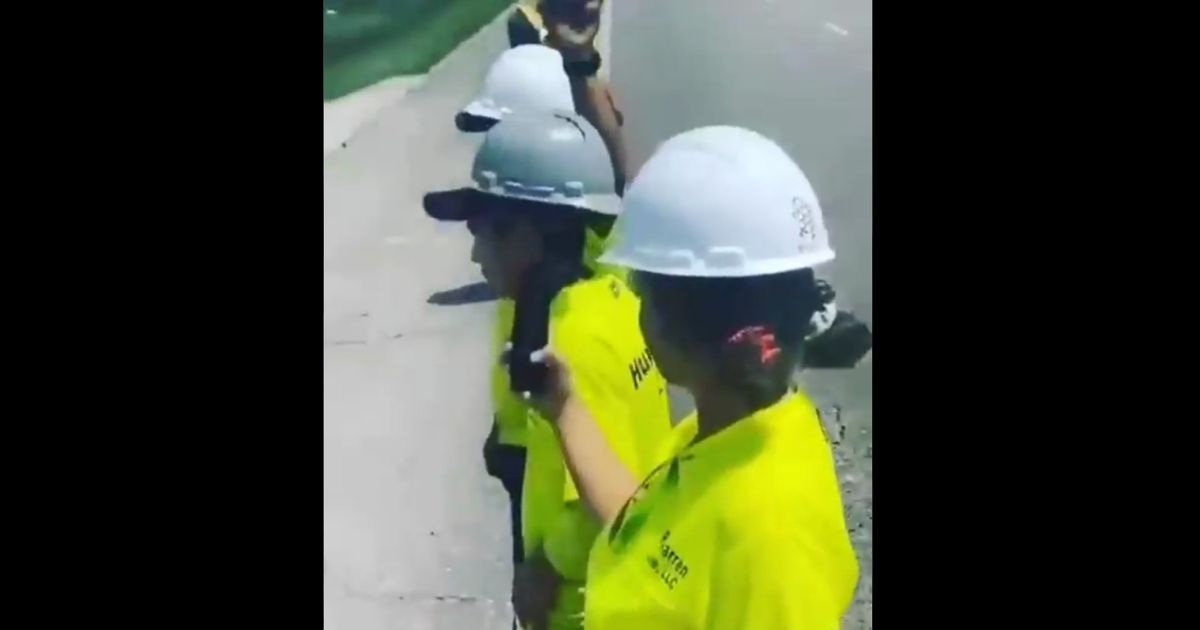 The following article, Video Shows Utility Workers Turn Their Backs on Biden When His Motorcade Goes By, was first published on Flag And Cross.

Last week, Hurricane Ida ravaged Louisiana. When President Joe Biden visited the state to survey the damage, he probably was not expecting the cold shoulder he received.

While he attempted to argue the natural disaster should be a nonpartisan issue, he turned around and pushed his own leftist ideas on climate change.

“Hurricane Ida is another reminder that we need to be prepared for the next hurricane and superstorms that are going to come, and they’re going to come more frequently and more ferociously,” he said.

In addition, Biden later attempted to pitch his infamous “Build Back Better” agenda as victims of the hurricane’s wrath were still reeling from the damage.

“I’ve been working closely with the governor and our colleagues in Congress in both parties on my Build Back Better plan that will modernize our roads, our bridges, our water system, sewers and draining systems, and power grids and transmission lines to make sure they’re more resilient,” he said.

Before these remarks, Biden held a news briefing at St. John Parish’s Emergency Operations Center in LaPlace. As has become his custom, Biden had to make the tragedy about himself in some way.

“I have a daughter who went to Tulane,” he said according to an official White House transcript. “And she runs a Boys and Girls Club operation, and she called me and said, ‘Dad, when are you going — why are spending a time talking to the governor of New York? Why are you not in Louisiana?’ So you all got to write a note for me that I’m down, all right?”

It shouldn’t take goading from his daughter for Biden to realize he should visit the site of a major tragedy that took place in his country. Furthermore, his flippant attitude and deliberate attempts to politicize the natural disaster are not helpful or comforting to the victims.

Biden clearly thought his visit to Louisiana would be an opportunity to gain some positive press. But the most memorable video from the visit was not from his speeches at all.

Instead, a now-viral video reportedly showed utility workers in Louisiana turning their backs on Biden’s motorcade as it passed by.

Utility workers in Louisiana wait for Biden’s motorcade to drive by, then turn their backs on him.

These workers are clearly demonstrating Biden’s hollow gestures will not win them over. Actions speak louder than words, and these workers understand Biden has taken little to no action in his time as president to positively impact the American people.

Biden himself has become synonymous with the gesture of turning his back, particularly as he evades reporters and refuses to answer questions about his many failures. Many internet users have poked fun at Biden for this very action.

Now Biden’s incompetence and lack of compassion for the American people is coming back to bite him. As he continues to turn his back on United States citizens, it might be those very patriots who turn squarely away from him and his party at the ballot box.

Continue reading: Video Shows Utility Workers Turn Their Backs on Biden When His Motorcade Goes By ...