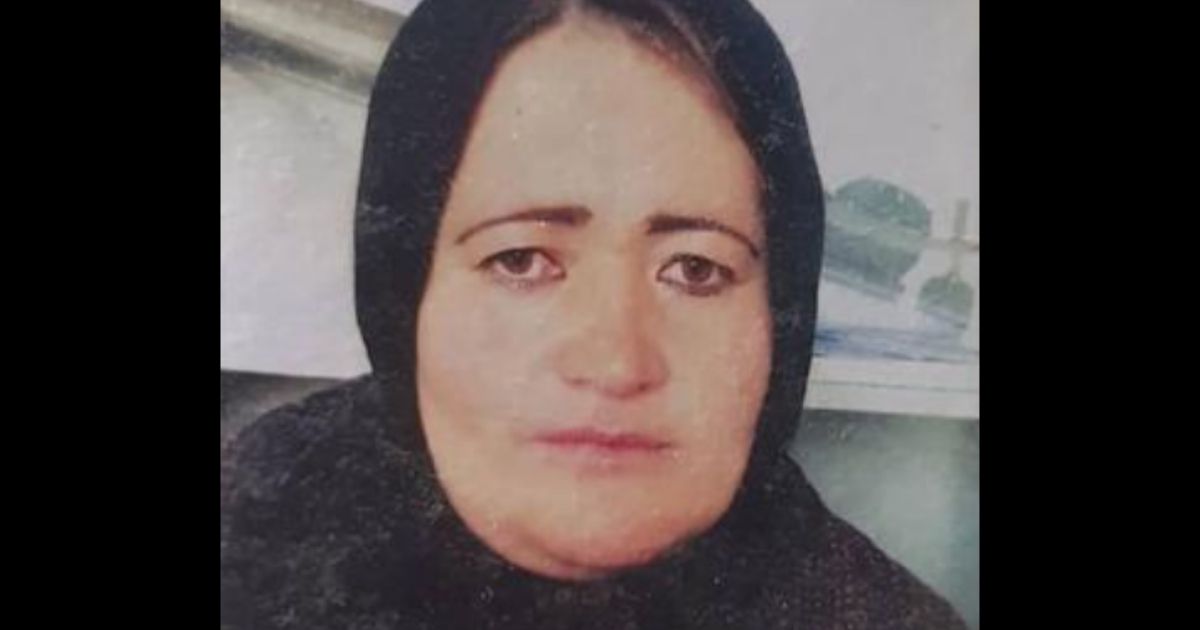 The following article, Taliban Allegedly Beat, Mutilated and Slaughtered Pregnant Police Officer In Front of Own Family, was first published on Flag And Cross.

If anyone wonders why Afghans, Americans and others were desperate to get out of Afghanistan after President Joe Biden pulled the plug last week, they only have to look at what is now going on in the troubled country.

Relatives of Negar said the attack by three gunmen occurred Saturday in front of her husband and children in Afghanistan’s central province. The relatives provided BBC News with graphic photos showing blood on the walls of a room and a body with a mutilated face.

The outlet reported there aren’t many available details about Negar’s death because fear of reprisal kept those knowledgeable of the incident silent.

The Taliban denied connection with the murder, claiming they are investigating and it may have been the result of someone with a personal grudge.

The Taliban have also attempted to portray themselves as nice guys not connected to their previous image and have claimed they are not seeking retaliation against those who worked for the previous government. But in the wake of this New and Improved Taliban are documentations by human rights groups of revenge killings, religious persecutions and detentions.

The status of women in the country is also rapidly changing. The position of Taliban 2.0 is that “women and girls will have all their rights within Islam,” according to BBC News. That, of course, means there is growing segregation of the sexes and strict rules being enforced regarding women’s wearing of the hijab.

On Saturday, some women demonstrated in Kabul against the restrictions. Special forces attacked them with pepper spray and tear gas and fired into the air to break up the demonstrations.

The specter of renewed oppression of women in Afghanistan presents a somewhat resigned message from American feminists, who currently seem more focused on opposing efforts in Texas to slow down abortion mills.

In an Aug. 27 column, Heather Barr, associate director of the Women’s Rights Division of Human Rights Watch, said the international community should do something to preserve the rights of Afghan women.

However, Barr said the U.S. and its allies never cared much about such rights to begin with, and given their recent political setbacks, “They most likely wish they had never seen Afghanistan.”

Shreya Chattopadhyay’s Aug. 9 column in The Nation retained an opposition to U.S. involvement in Afghanistan, adding that “for the American state, the war was never about women.”

Yet, Ms. Magazine on Aug. 18 came out strong for the fate of Afghan women. The magazine portrayed itself as a hawkish supporter of the 20-year U.S. efforts in Afghanistan as it published a letter to the Biden administration pleading for protection for Afghan women and girls.

The letter was signed by such leftist lights as Ms. Publisher Eleanor Smeal; longtime feminist activist Gloria Steinem; Christian Nunes, president of the National Organization for Women; and Marcela Howell, president of In Our Own Voice: National Black Women’s Reproductive Justice Agenda.

But, in the American tradition of moving on to the next big thing, most of the feminist rhetoric now is not about the fate of Afghan women like Negar, but on the American-Taliban-White-Rage-Toothless-Deplorables in Texas and their efforts to keep children from being slaughtered in the womb.

Feminist reaction to the recent U.S. Supreme Court ruling upholding the Texas abortion law has been pointed. The law prohibits abortion after heartbeat detection and allows private citizens to sue anyone who performs or aids and abets an abortion.

“It is unbelievable that Texas politicians have gotten away with this devastating and cruel law that will harm so many,” Amanda Williams, executive director of the pro-abortion Lilith Fund, told The Guardian. The Lilith Fund was a plaintiff in the Supreme Court case.

Because of the court decision “Women were told they would be hunted in this country simply for seeking access to health care,” West Hollywood, California, Mayor Lindsay Horvath said, according to KNBC-TV.

“You are not reasonable. You are not acting in good conscience. You do not care about women,” abortion advocate Jessica Waters recently wrote to the Supreme Court conservatives in a USA Today Op-Ed. “You knowingly endanger women, the expert medical professionals who care for them, and the people who support and love them.

“There is no conversation to be had with you. I’m done.’

To its credit, the current online issue of Ms. Magazine still has some articles on women in Afghanistan. But much of their coverage is focused on the court decision on Texas abortions.

Which raises the question of violence: How do we reconcile the horrible murder of Banu Negar in Afghanistan with the violence against our own unborn children?

The Taliban (Students) would have killed her anyway. Besides she was just a woman.