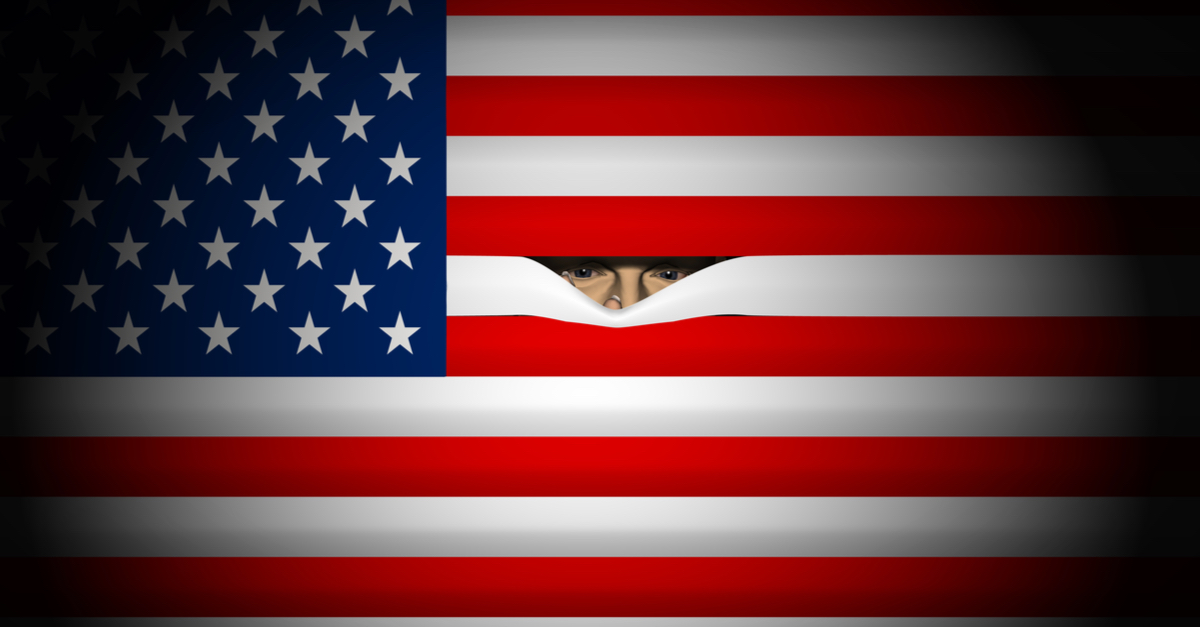 Somehow, despite the constant analysis and redundant delineation of the fictional tale of warning, George Orwell’s 1984 has proven to be the blueprint for control of the federal government.

We were told to put a stop to this at every turn.  Orwell made it very, very clear that Big Brother was the bad guy in all of this.  And then every high school English teacher explained it again, ad nauseam, to just about any kid who went through the public school system.

We should have known better.  We did know better.   Yet still, we somehow let the Patriot Act pass.  We let the NSA get away with warrantless wiretapping.  All of our money is digital and routed through government-insured protection.

It appears as though some of us are waking up, according to a new poll.

As the 20th anniversary of the Sept. 11, 2001, terrorist attacks approaches, Americans increasingly balk at intrusive government surveillance in the name of national security, and only about a third believe that the wars in Afghanistan and Iraq were worth fighting, according to a new poll.

More Americans also regard the threat from domestic extremism as more worrisome than that of extremism abroad, the poll found.

The poll by The Associated Press-NORC Center for Public Affairs Research shows that support for surveillance tools aimed at monitoring conversations taking place outside the country, once seen as vital in the fight against attacks, has dipped in the last decade. That’s even though international threats are again generating headlines following the chaotic end to the 20-year war in Afghanistan.

In particular, 46% of Americans say they oppose the U.S. government responding to threats against the nation by reading emails sent between people outside of the U.S. without a warrant, as permitted under law for purposes of foreign intelligence collection. That’s compared to just 27% who are in favor. In an AP-NORC poll conducted one decade ago, more favored than opposed the practice, 47% to 30%.

Americans are also more likely to oppose government eavesdropping on calls outside the U.S. without a warrant, 44% to 28%. Another 27% hold neither opinion.

About two-thirds of Americans continue to be opposed to the possibility of warrantless U.S. government monitoring of telephone calls, emails and text messages made within the U.S. Though the National Security Agency is focused on surveillance abroad, it does have the ability to collect the communications of Americans as they’re in touch with someone outside the country who is a target of government surveillance.

About half are opposed to government monitoring of internet searches, including those by U.S. citizens, without a warrant. About a quarter are in favor and 2 in 10 hold neither opinion. Roughly half supported the practice a decade ago.

Now we have to hope and pray that this shift in public opinion isn’t a day late and a buck short.