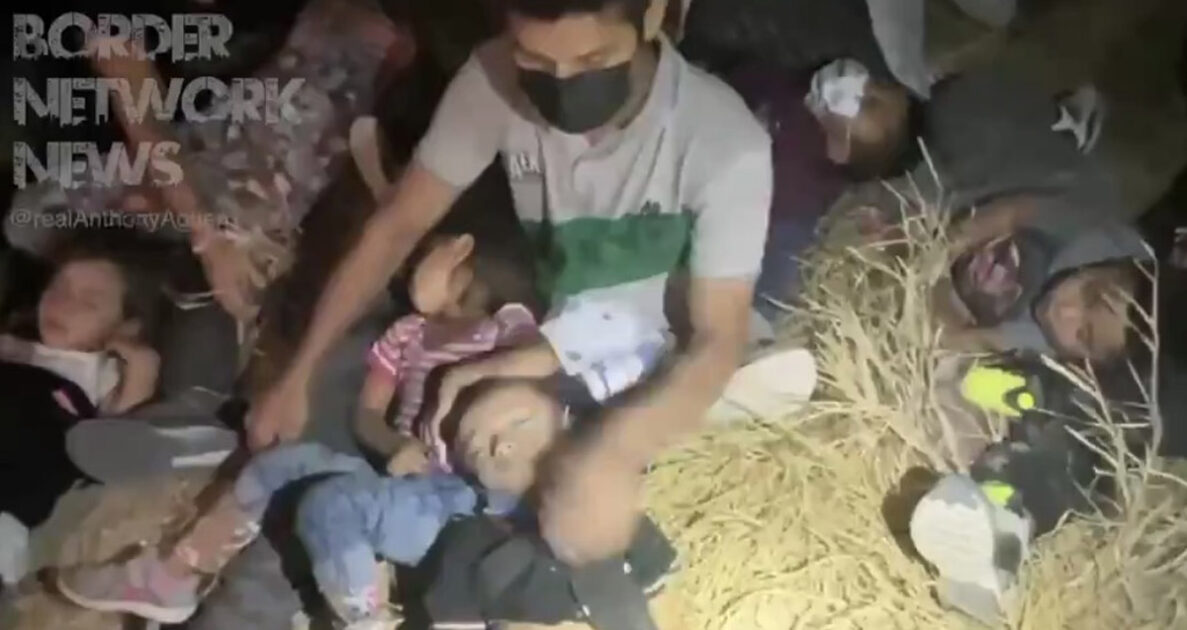 Human smugglers have been using children to fraudulently claim that they are migrants with their babies so that U.S. officials will allow them into the country. Border officials know that these coyotes often transport children from ages two to five over and over again to be used by illegal aliens to use as fait to get into the country.

But this disturbing video seems to show that the coyotes are drugging the tiny tots to make them easier to deal with.

The video was uncovered by border reporter Anthony Aguero:

The adult supposedly supervising the children claims his wife abandoned him and his two children, leaving him with the kids. Human traffickers regularly bring children they’re not related to to the United States, seeking a backdoor means to legal residency in the country through the use of the minors.

A woman accompanying Aguero first raises questions about the minors, describing the children- supposedly three and four years old- as incapacitated by means other than that of a “natural sleep.”

Aguero has regularly filmed illegal alien groups who cross the border and turn themselves in to Border Patrol in the area of El Paso, although it’s not clear where exactly the migrant group with seemingly sedated children was caught. Aguero’s work can be found at Border Network News.

These are the people that Joe Biden is enriching with his wide-open boarder policies. The filth of the world.

We should shudder to think of the untold horrors these children are facing.