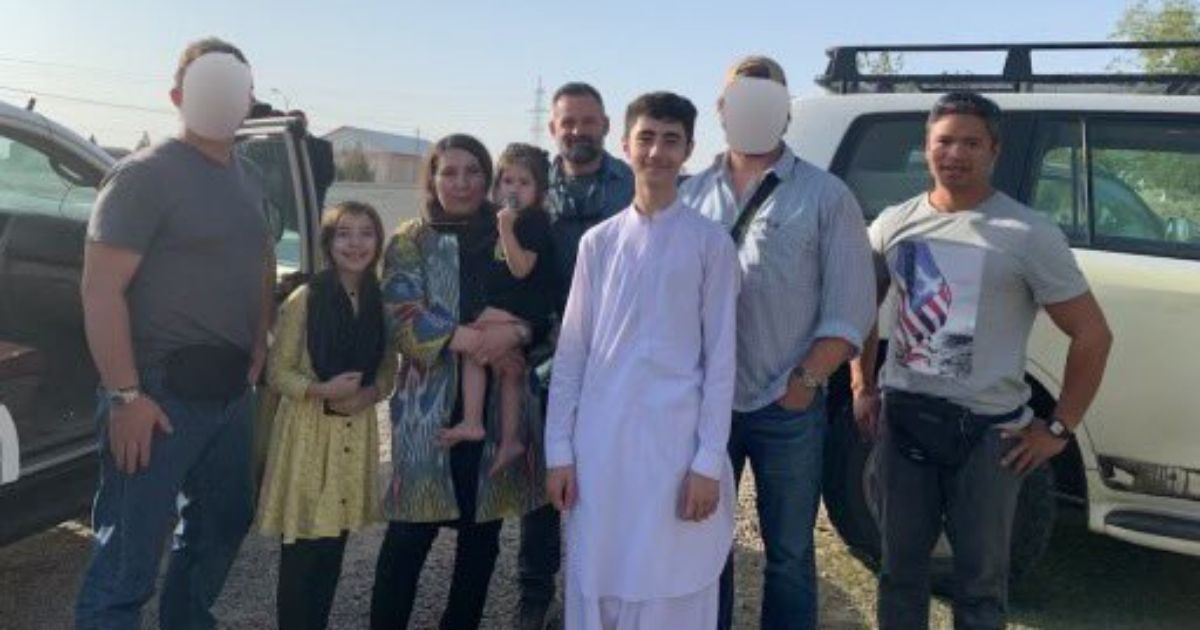 The following article, Biden Admin Called Out for Taking Credit for Afghanistan Rescue: 'They're Lying', was first published on Flag And Cross.

The organizer of a private rescue mission in Afghanistan has accused the Biden administration of attempting to take credit for the operation, saying it had no role in the ongoing effort, Fox News reported on Tuesday.

Cory Mills, an Army veteran and Republican congressional candidate in Florida, and his team helped an American mom, Mariam, and her three children to safety after they were left behind in Afghanistan, according to the report.

With help from private donors through the Sentinel Foundation, Mills made several attempts to evacuate the family, one of which resulted in the mother being warned at gunpoint not to return to the Kabul airport.

After another plan, which involved a private flight out of the Mazar-i-Sharif airport, was grounded, the family was able to cross the border into another unnamed country just before the Taliban shuttered all crossings, Fox News reported.

I’m honored @RonnyJacksonTX to have been able to save help save these 4 Americans. Our job is not done yet! https://t.co/zbKwGf6yzE

After the family crossed the border, the State Department announced the completed evacuation, claiming it had “facilitated” the rescue, according to Fox News, and adding that the Taliban “did not impede” on the evacuation despite their knowledge of it.

However, Mills told Fox News in an interview on Monday that the State Department’s claims were “absolute nonsense” and that the department did not help the family despite multiple requests.

“This is an attempt to save face by the administration for the Americans they left behind. This is a woman with three children from age 15 all the way down to two-years-old. And they did nothing to try to expedite this,” he said.

Mills likened the action to carrying a football to “the 99-and-a-half yard line and them taking that last half yard and being like ‘look what we did.'”

Texas Republican Rep. Ronny Jackson supported Mills’ stance, telling Fox News, “The only thing the Biden Administration seems to be good at is patting itself on the back for a job horribly done.”

“The State Department didn’t do anything for two weeks except put my constituents in danger and leave them stranded,” said Jackson, a former White House physician. “Only after Cory Mills and his team got them into the third country did State offer support by securing tourist visas.”

This article makes me want to PUKE! The State Dept didn’t do a damn thing for these people for 12 days except almost get them killed repeatedly. I know, because my office and the team on the ground led by Cory Mills & @RepMullin facilitated their escape every step of the way. https://t.co/0X5eRVu14I

“Cory and his team are brave patriots,” he added. “Praise God that American veterans have more resolve than Joe Biden or his State Department.”

Oklahoma Republican Rep. Markwayne Mullin, who went to Afghanistan recently, called the State Department’s claims a “flat-out lie” and accused it of putting up many roadblocks for evacuations, according to Fox News.

Several other private groups facilitating private rescue missions in Afghanistan have accused the Biden administration of blocking rescue flights out of the country, with one saying, “If one life is lost as a result of this, the blood is on the White House’s hands.”

Multiple veterans, including a group called the Pineapple Express, are also working to network and rescue Americans who remained trapped in the country, including one operation to rescue approximately 500 people.

Afghan war veterans flew to Kabul, crept through sewers and dangerous streets in the dead of night, and dodged Taliban fighters to bring more than 500 Afghan allies their families to safety.

During dark times, Americans always rise to the task.https://t.co/Bmo01Oa7vH

Several congressional offices in Washington have said they received distress calls from trapped citizens, begging for assistance in getting out of Afghanistan.

President Joe Biden has faced intense scrutiny for his handling of the Afghanistan crisis, with calls for his impeachment as well as for his defense secretary and chairman of the Joint Chiefs of Staff to resign.