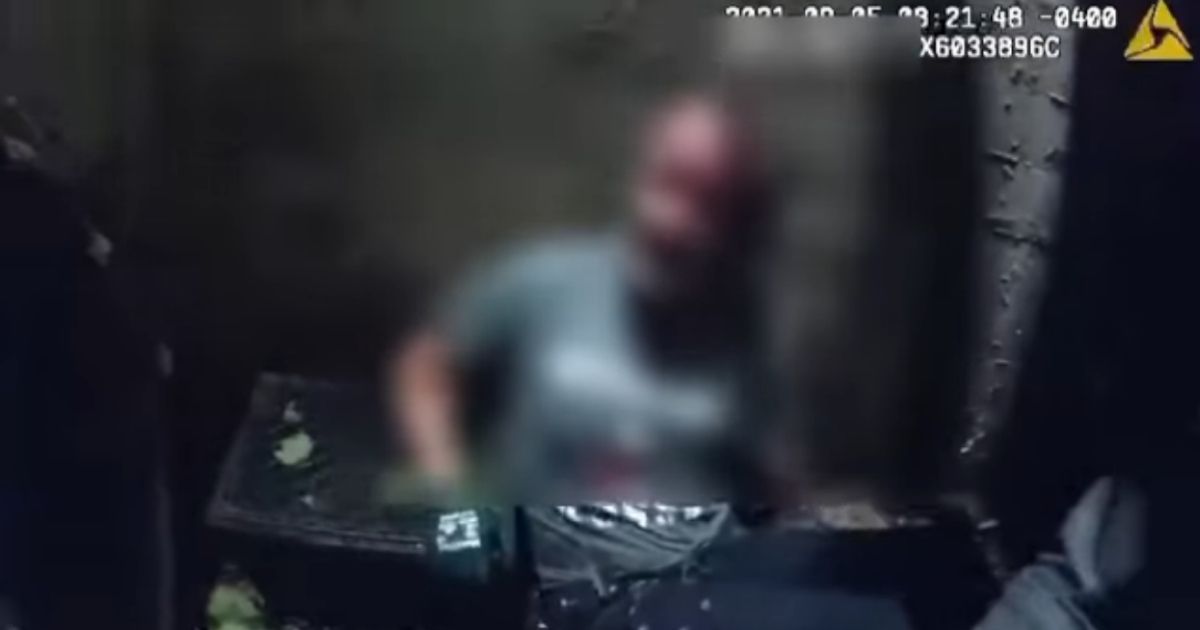 This has not been a great week for many people in New York City, as storms pelted the area, turning roads into waterways and flooding homes.

Cars were stuck and abandoned, traffic was backed up, subways were flooded and bus drivers had to make some tough calls as their routes ran through several feet of rushing water.

One man in Queens had a particularly rough Sunday morning after falling into a storm drain near Whitestone Expressway and Cross Island Parkway in an area that had no walkway.

Shortly after 8 a.m., first responders found that the man had plunged nearly 30 feet to the bottom of the storm drain.

Thankfully the victim’s brother was there, too, and was able to direct the police when they arrived.

The man was in water, so rescuers were concerned about the possibility of hypothermia setting in. He’d also injured his ankles in the fall, as well as sustained a cut to his head and possibly a broken leg.

But he was alive, and when he saw police arrive, he noticeably calmed.

“As we got down there he was conscious, he was talking to us, he expressed pain … in his ankle region,” Kenneth Logallo with the New York Police Department said, according to WABC-TV.

“As soon as we got the equipment needed down there, we packaged him up and then the guys up top … all the help was excellent.”

Between the NYPD, the Emergency Services Unit and the New York City Fire Department, the man was rescued in less than half an hour and was taken to a local hospital for treatment.

The NYPD posted body camera footage of the incident later that same afternoon.

“Members of Emergency Service Unit & New York City Fire Department (FDNY) responded this morning to a man who fell approximately 30 feet into a storm drain,” the Facebook post read. “In collaboration with our fellow first responders, watch the body-worn camera footage of this heroic rescue.”

During a news conference following the incident, FDNY Assistant Chief Michael Gala highlighted the teamwork that saved the man and urged viewers to always dial 911 first in an emergency before attempting to help.

“Units were on the scene within three minutes,” he said, according to a Facebook post by the fire department. “We had a male that was down a hole approximately 30 feet. Working with NYPD ESU, EMS and Fire units, we put a Firefighter in the hole, it was a ladder going to the bottom of the hole. He established contact.

“With Tower Ladder 152, we set a high angle point, we were able to lift him out of the hole. We work very well together, the NYPD and the FDNY, we train together constantly on a lot of different scenarios. This was very successful. I am very happy to report that the victim was removed and only suffered from non-life-threatening injuries.

“While this incident is still under investigation, how the victim got into the hole, I just want to impress on New Yorkers the importance of utilizing the 9-1-1 system, either for yourself or for family members. If you are in trouble, if a family member is in trouble, before you attempt any type of rescue, call 9-1-1.

“As a team, there is nothing that we can’t accomplish.”