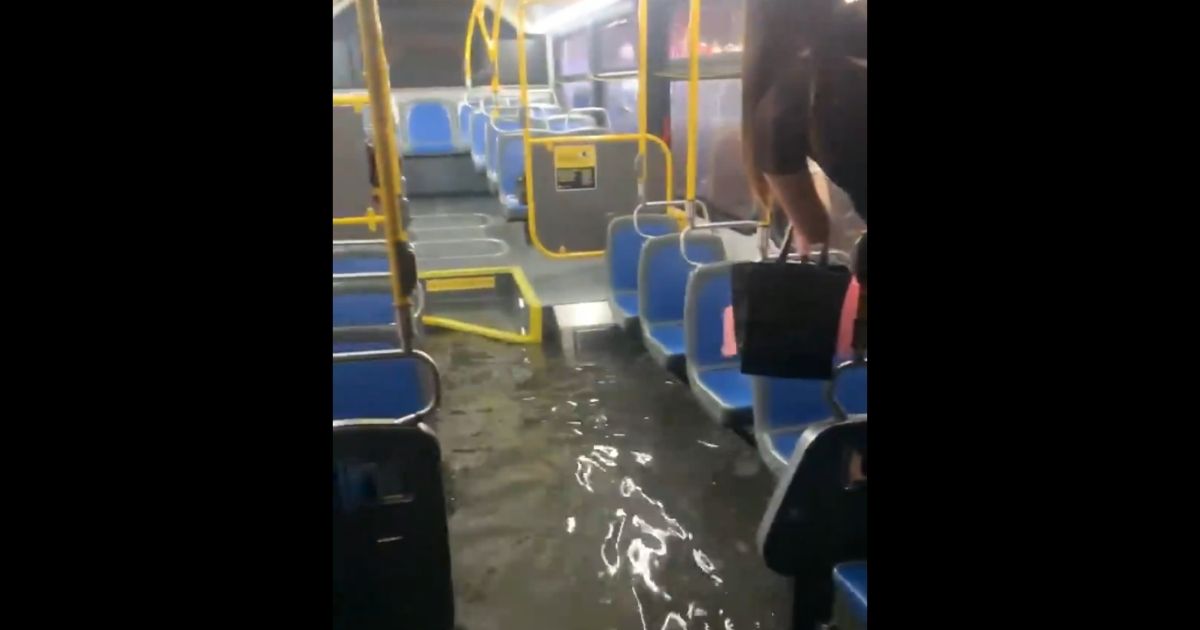 Rosa Amonte has worked with the NYC transit system for eight years. She knows the city and her bus well, and that knowledge came in very handy last week when the road suddenly turned into a river.

On Wednesday night, Amonte was driving three passengers along Queens Boulevard when the water level suddenly jumped to several feet deep, leaving her with a tough decision to make.

But the bus driver only had one goal, one thought in her mind: to plow through the water and get to the road ahead.

“I couldn’t go back,” Amonte told CNN. “I couldn’t stay there, I mean … the only decision I can take in the moment was go over it, I mean, past Queens Boulevard.

But she concentrated on getting her passengers to safety, and somehow she managed to get the bus out of the deep waterway and onto visible road again.

She was so focused that she didn’t notice her three passengers were standing on the bus seats to avoid the water that sloshed into the vehicle.

Joe English, one of the passengers, had left the US Open tennis tournament early with his girlfriend when they got the flood warning.

“Queens Boulevard in Maspeth/Corona is a literal river at the moment,” he later tweeted along with a video of the terrifying conditions. “Bus fully flooded driving through, multiple cars stuck in the water. Absolutely insane.”

Queens Boulevard in Maspeth/Corona is a literal river at the moment. Bus fully flooded driving through, multiple cars stuck in the water. Absolutely insane. pic.twitter.com/LuSL9uWCEl

“Hero bus driver managed to get us safely through the 3-4 feet of rain coursing down the boulevard, but only seemed to be getting worse,” he updated in a following tweet.

“Finally made it through to higher ground and a fellow passenger exclaims ‘oh no I missed my stop.'”

Hero bus driver managed to get us safely through the 3-4 feet of rain coursing down the boulevard, but only seemed to be getting worse.

Finally made it through to higher ground and a fellow passenger exclaims ‘oh no I missed my stop..’ pic.twitter.com/ofrVQhGnhK

After the ordeal, English insisted Amonte was a hero for fording what looked impassable.

“It looked like, genuinely, a river,” he said. “She managed to plot a path through floodwaters at a time when … other cars were being abandoned.”

Amonte has enjoyed the thanks, something that bus drivers don’t always get to hear.

“It is really nice to hear … some ‘thank you’ for all of the job we’re doing every single day, for everybody in New York,” she said.

Others have agreed with the hero label, heaping praise on Amonte and her level-headed actions that got the bus through an incredibly difficult section of the city without anyone getting injured.

“She drove passengers through 3 to 4 feet of water. I watched that video. The water … was in the bus. People are literally standing on their seats to make sure that they did not drown inside a bus.

“But she didn’t pull over and say, ‘I’m out of here, I’m going home.’ She stood there. She drove; she went through the night and did what it took to get people there safely.”