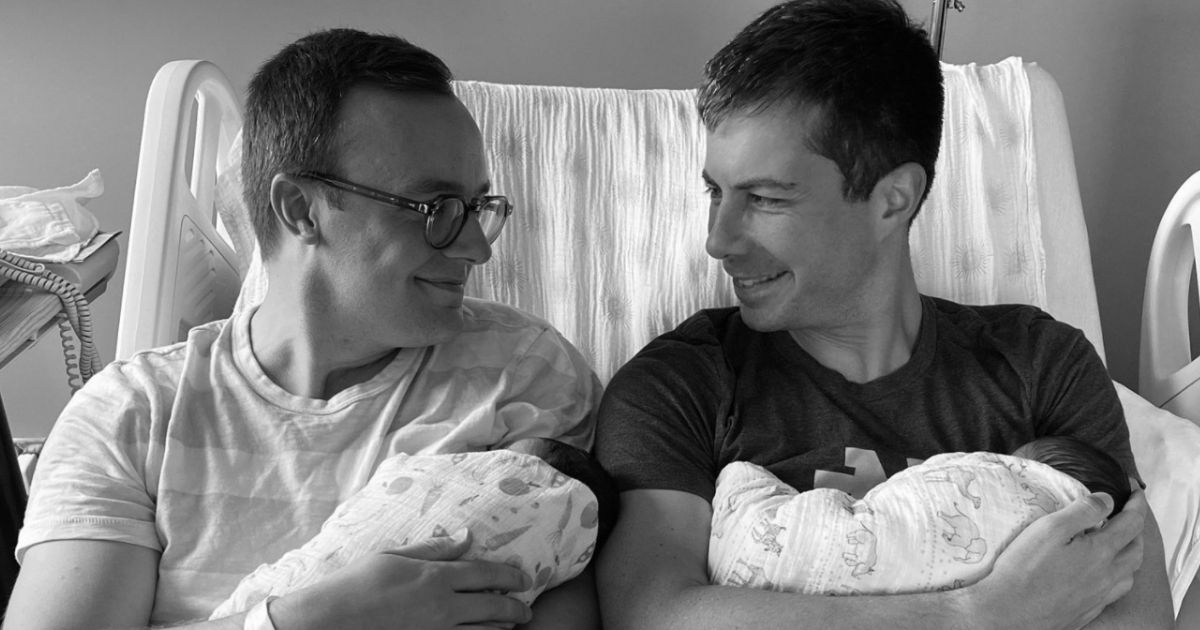 The following article, Pete Buttigieg and Husband Announce Adoption of Two Newborn Babies, was first published on Flag And Cross.

One of America’s most prominent gay couples announced Saturday that they have adopted two newborn babies.

Transportation Secretary Pete Buttigieg, who is the first openly gay cabinet member to have been confirmed by the Senate, on Saturday posted to Twitter a photo of him and his husband, Chasten, with each holding a baby.

“Chasten and I are beyond thankful for all the kind wishes since first sharing the news that we’re becoming parents,” he tweeted, using his personal account.

“We are delighted to welcome Penelope Rose and Joseph August Buttigieg to our family,” he tweeted.

Chasten and I are beyond thankful for all the kind wishes since first sharing the news that we’re becoming parents. We are delighted to welcome Penelope Rose and Joseph August Buttigieg to our family. pic.twitter.com/kS89gb11Ax

Some folks on Twitter, however, were not in a congratulatory mood.

Unless Pete Buttigieg clarifies that he did not use a surrogate I will assume that he did. So congratulations are not forthcoming from me, but I hope those children have a happy time growing up.
Surrogacy is classist biological parasitism by the upper middle class & rich.

It’s a girl and a boy: Buttigieg welcomes 2 babies to family

There’s hypocrisy in adoption when you support late term abortion.

What would their photo op look like if the mother aborted at 8 months? pic.twitter.com/gtqO1MLmVm

@CapehartJ Disappointed, but not surprised, to see your oh-so-positive spin on Buttigieg’s adoption. Where is the concern for the *child* who will be taken from its real mother and handed off to strangers? Adoption results in lifelong trauma and this is almost never acknowledged.

No other details about the babies were released.

Buttigieg said last month that the couple was planning to have children, according to Politico.

For some time, Chasten and I have wanted to grow our family. We’re overjoyed to share that we’ve become parents! The process isn’t done yet and we’re thankful for the love, support, and respect for our privacy that has been offered to us. We can’t wait to share more soon.

Chasten said in a July interview with The Washington Post that the couple had been trying to adopt for more than a year.

LGBT advocates said the couple will help America redefine the meaning of family.

“As parents, they will now shine a national spotlight on L.G.B.T.Q. families, who often face daunting challenges because of outdated policies that narrowly define what families are,” said Annise Parker, the president of the Victory Institute, an organization that boosts the political fortunes of LGBT candidates, according to The New York Times.