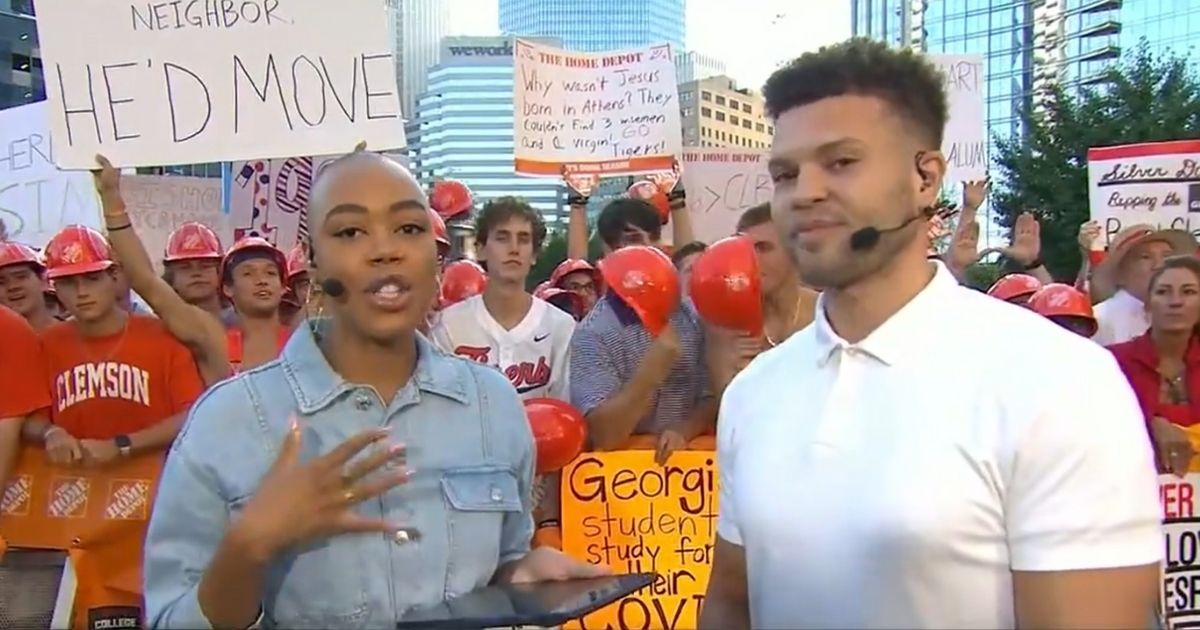 The following article, Mom of US Marine Sneaks 'I Don't Kneel' Message Onto Live ESPN Broadcast, was first published on Flag And Cross.

In the bronze medal women’s soccer match at the 2021 Tokyo Olympic Games, Carli Lloyd was the only player on the American squad to not take a symbolic knee on the field before the game. To some in the sports world, this Raised Serious Questions

“I think Carli Lloyd has spoken about why she doesn’t want to kneel during the national anthem,” tweeted Molly Hensley-Clancy of The Washington Post. “But I’m curious if anyone has asked her why she chose not to take a knee for a minute before kickoff along with every other American player, staff member, and referee.”

I think Carli Lloyd has spoken about why she doesn’t want to kneel during the national anthem. But I’m curious if anyone has asked her why she chose not to take a knee for a minute before kickoff along with every other American player, staff member, and referee pic.twitter.com/aI1SAehJrN

I’m curious why Molly Hensley-Clancy isn’t curious why “every other American player, staff member, and referee” took a knee. Are we to assume they’re all of the same mind regarding what’s become the go-to sign of left-wing political protest on the sports field? Or are they concerned the Hensley-Clancys of the blue-checkmark world will be coming for their scalps if they let their patriotism show?

In this environment, at least, we have one Marine mom to thank for getting an epic anti-kneeling message onto ESPN’s “College GameDay” on Saturday in North Carolina.

In the crowd behind the college football pregame show, she held a sign that contained the text “Proud Marine Mom,” “Love you, Ryan!” and “#Idon’tkneel,” along with the Marine Corps seal and what one assumes is her son’s photo. It was first noted by David Hookstead at the Daily Caller.

“This is the kind of pro-America attitude we love to see. Thank you for your son’s service and sacrifice,” Hookstead said in a tweet.

Mother of a United States Marine brings a “I Don’t Kneel” sign to College GameDay.

This is the kind of pro-America attitude we love to see. Thank you for your son’s service and sacrifice. pic.twitter.com/mPV6bOnTT9

If you want to see the full video, fast forward to the 9:45 mark of the ESPN stream of the event:

@itsthebaldgirl and @harrylylesjr are on Countdown to GameDay previewing No. 5 Georgia vs. No. 3 Clemson and today’s other big games. https://t.co/HRmiWtqc1B

This one must have slipped by the censors, given ESPN’s wokeness these days.

“College GameDay” was in Charlotte, where No. 3 Clemson and No. 5 Georgia were playing in the season opener. For what it’s worth, the Bulldogs came out ahead 10-3.

Fox News noted that while last year’s college football season generated some controversy when teams took a knee before games in protest of injustice, it was unclear whether that’d be happening again this season.

The video got plenty of plaudits from those who agreed with the mother’s message:

I love it! Be assured I’m with you, definitely no kneeling here, except before the Almighty God.

In his article at the Daily Caller, Hookstead concurred.

“This is the kind of pro-America attitude that I love to see. People seem to forget that America is by far the greatest country on the planet,” he wrote.

“Do we have some flaws? Without a doubt, but we’re still hands down the greatest thing that ever happened to this planet.”

It’s unclear who’ll be kneeling this year. Donald Trump is out of the White House and George Floyd is receding from memory. And yet, if the women’s soccer team at the Olympics was any gauge, this will still be a frequent occurrence this year.

How voluntary this was is debatable, however.

Former U.S. Women’s National Team goalie Hope Solo, who played on the team with star kneeler Megan Rapinoe until 2016, said in an interview with Goal.com that Rapinoe would “almost bully players into kneeling because she really wants to stand up for something in her particular way.”

Nevertheless, there are plenty of Rapinoes in locker rooms everywhere, along with blue-check journalists wondering why anyone wouldn’t kneel for the national anthem (or during any other anti-American political display).

So here’s to you, unnamed Marine mom. We salute your son for his service and stand behind your patriotic statement 100 percent — and more people than you know probably do, as well.

Some of them might even be on the playing field.