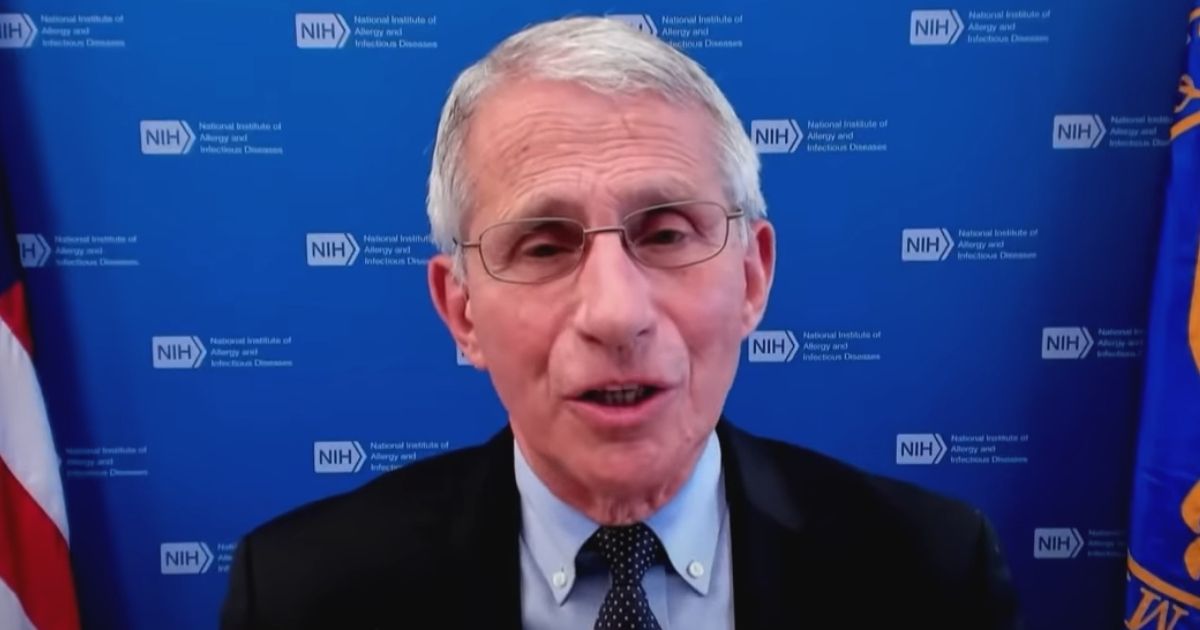 The following article, Fauci Says New COVID Variant Not Immediate Threat… But Can Anyone Believe Him?, was first published on Flag And Cross.

The latest variant of COVID, the virus dedicated to teaching the world the Greek alphabet, is the Mu variant (Mu Greek letter-uppercase Μ, lowercase μ). The variant is a concern to the WHO. Still, it should be an even bigger concern to America because Dr. Fauci is being calming, and he has been wrong about Coronavirus almost every time he talked about it. Despite that, the MSM treats Fauci like he walks on water.

The mu variant is the fifth one of interest currently being monitored by the WHO. Stuart Ray, a professor of medicine at John Hopkins University, said the variant accounts for most cases in Colombian, Chile, and Peru.

The other four variants of interest are Eta, Iota, Kappa, Lambda, which, when written all together, sure reads like a fraternity.

As of now, Ray said what’s concerning is Mu obtains similarities to deadlier variants such as the delta variant, which is the cause of over 99% of cases in the U.S.

The Mu variant was first detected in January 2021 in Colombia and has since spread to parts of South Korea, Canada, Europe, Japan, and Michael Moore. Wait, check that! Michel Moore doesn’t have the Mu variant. He has the MOO variant because he’s as heavy as a cow but not quite as smart.

CBS News reported that the sacred Dr. Anthony Fauci said the U.S. is taking the Mu variant “very seriously,” but it hasn’t taken an extensive hold in this country. “We’re keeping a very close eye on it. It is really seen here, but it is not at all even close to being dominant,” Fauci said. “As you know, the Delta is more than 99% dominant.”

Fauci said the Mu variant, technically known as B.1.621, has mutations suggesting “it would evade certain antibodies,” potentially including those from vaccines.

That is certainly concerning, but here comes the scariest part, Dr. Fauci says the Mu variant it’s not an ‘immediate threat.’

History teaches us that if Dr. Fauci tells us something is not an immediate threat, we’re screwed. You may remember that on January 21, 2020, Fauci told the press, “I think the risk is very low right now for the United States.” Less than two months later, Fauci explained that we had “15 days to slow the spread.” On 9/1/21, 535 days later, America is still trying to stop the spread.

Because people believe him, any Fauci prediction is more frightening than any new Coronavirus variant.

Continue reading: Fauci Says New COVID Variant Not Immediate Threat… But Can Anyone Believe Him? ...