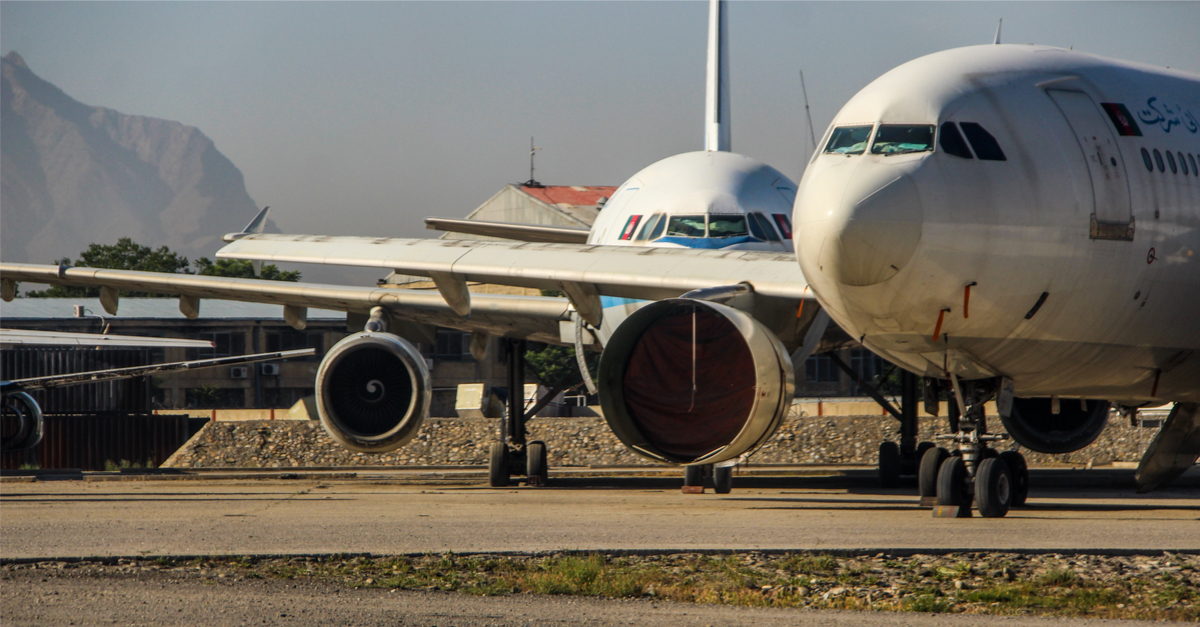 US President Joe Biden’s plan to speed up the US troop withdrawal from Afghanistan weeks ago has had heavy reverberations throughout the middle eastern nation, and there is plenty of trouble still to come.

The most obvious issue to be dealt with at this time is the fact that the Taliban, and ultra-violent Islamic terror group, is now in charge of the newly-renamed “Islamic Emirate of Afghanistan”, and they are bringing all sorts of gruesome behavior to the nation.

The latest trouble comes from one of Afghanistan’s airport, where Americans who are attempting to flee have been taken “hostage” by the terror group.

Six airplanes are stuck at the Mazar-i-Sharif International Airport in northern Afghanistan with Americans on board, unable to take off because they had not received clearance from the Taliban, Rep. Michael McCaul said on Sunday.

McCaul, a Republican from Texas, made the comments during an appearance on “Fox News Sunday” and said Afghan interpreters were also on the planes.

“In fact we have six airplanes at Mazar-i-Sharif airport, six airplanes, with American citizens on them as I speak, also with these interpreters, and the Taliban is holding them hostage for demands right now,” McCaul, the top Republican on the House Foreign Affairs Committee, told Fox News’ Chris Wallace.

“State has cleared these flights and the Taliban will not let them leave the airport,” he added.

The Biden administration’s tepid response was offensive in its nonchalance.

“We understand the concern that many people are feeling as they try to facilitate further charter and other passage out of Afghanistan. However, we do not have personnel on the ground, we do not have air assets in the country, we do not control the airspace – whether over Afghanistan or elsewhere in the region,” a spokesperson for the US State Department told Insider.

The spokesperson said the department did not have “reliable means to confirm the basic details of charter flights,” including who was chartering them, how many US citizens or other “priority groups” were on board, and when or where these flights were going to land.

“We will hold the Taliban to its pledge to let people freely depart Afghanistan,” the spokesperson added. “As with all Taliban commitments, we are focused on deeds not words, but we remind the Taliban that the entire international community is focused on whether they live up to their commitments.”

There have been growing calls for President Joe Biden to be impeached over this Afghanistan disaster, and there is little doubt that any single drop of American blood shed on Afghan soil would turbocharge that chatter.