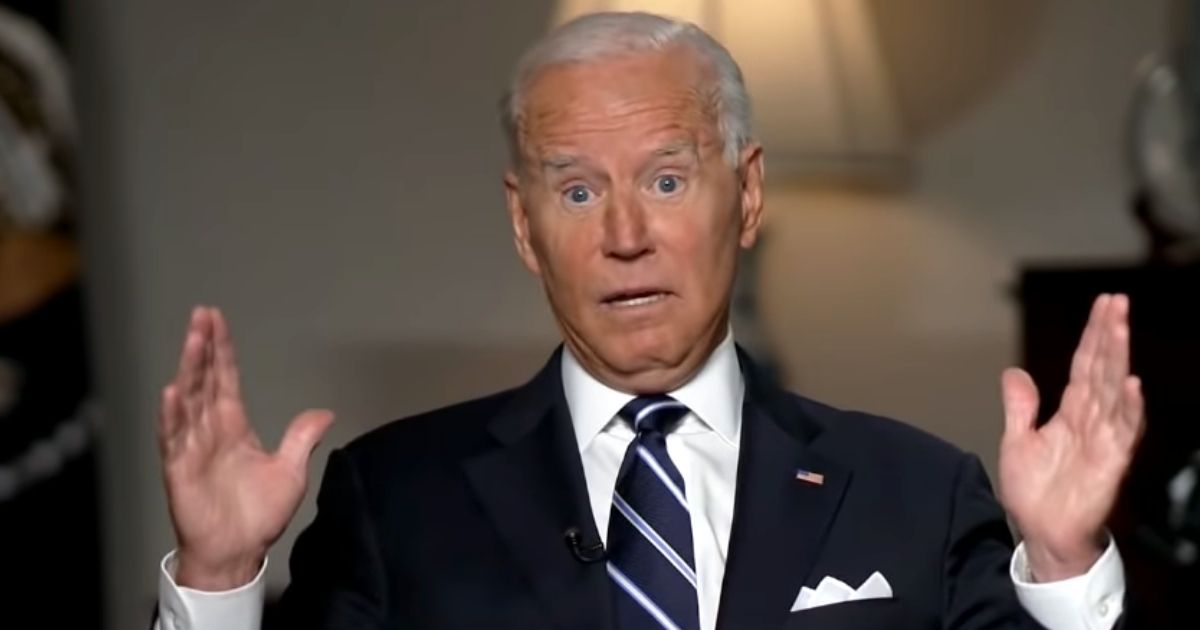 The following article, POTUS Gets Ripped for Using ‘Cheat Sheet’ to Visit Hurricane Disaster Areas, was first published on Flag And Cross.

There have long been doubts about the cognitive abilities of US President Joe Biden.  After all, he is the oldest President to have ever been elected, and his long history of making strange, sometimes nonsensical statements certainly hasn’t quelled those fears.

Now, in the latest potential testament to his failing mental acuity, Biden is being criticized for his use of a “cheat sheet” during a recent visit to Louisiana.

Biden, who toured and spoke in the state following widespread destruction from Hurricane Ida, visited damaged areas in Reserve and LaPlace. Biden could be seen carrying the notes in his back pocket as he was met on the tarmac in New Orleans by Louisiana Gov. John Bel Edwards and Sens. Bill Cassidy, R-La., and John Kennedy, R-La, according to the New York Post.

On the notes that were photographed in Biden’s back pocket, the names of Jefferson Parish President Cynthia Lee Sheng and New Orleans Mayor LaToya Cantrell could be seen.

“Can Joe Biden do anything without a cheat sheet? He couldn’t give a speech on Afghanistan after 5 PM,” said Fox News contributor Lisa Boothe. “It’s abundantly clear he’s not operating on full cylinders. He should be in retirement, not leading a country. It’s time we start talking about it more. Everyone sees it.”

“President Trump certainly never carried a ‘cheat sheet’ with him,” McEnany said. “As any good staff would, we often provided him with a pocket card before he left the plane, but he usually just left it on Air Force 1 and definitely never relied on it to remember the names of those he was meeting on the tarmac.”

Biden’s use of a cheat sheet has been somewhat prolific during his time in office, with photojournalists often revealing what it is that the Commander in Chief needs help remembering.