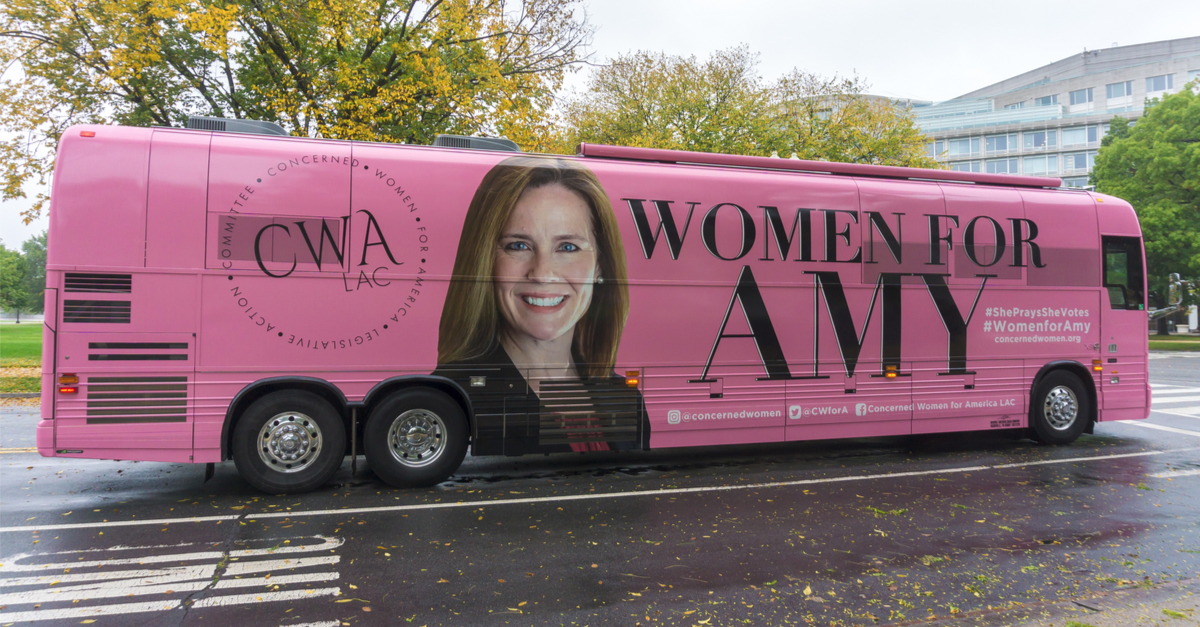 The Lone Star State made quite the stir this week after a controversial abortion law was upheld by the Supreme Court, and the liberal media was having a bonafide freakout over the whole thing.

This is always the case when it comes to abortion.  This is without a doubt one of the most heated subjects in all of America, and nary a day goes by in which some sort of debate on the subject occurs.

This week, that debate turned downright ugly, however, as a guest on MSNBC decided to use a fictional slur against one of the Supreme Court Justices that upheld the Texas law.

Although not mentioning Barrett by name, it was clear that host Tiffany Cross was referring to the justice who was appointed to the nation’s highest court in 2020 by former President Donald Trump.

“This entire thing, about protecting the fetus when they care so little for life in this country, is beyond comprehension. If it feels like they really must hate women in Texas and all across the country, how is it possible the Supreme Court allowed this to stand?

Then came the offensive and derogatory remark.

“I know that they haven’t ruled on it, but they can rule later,” Cross continued. “But we have an actual handmaid on the court. So I have to tell you, I’m not excited about depending on them to protect me and my right to choose.”

“Handmaid” refers to “The Handmaid’s Tale,” a 1985 novel by Canadian author Margaret Atwood that tells of a future in which the U.S. government has been overthrown and replaced by a society in which women’s only role is to serve men. It subsequently became a TV series starring Elisabeth Moss.

Coney Barrett has been a frequent target of the liberal left, and has been harangued by them repeatedly during her time on the nation’s highest court.