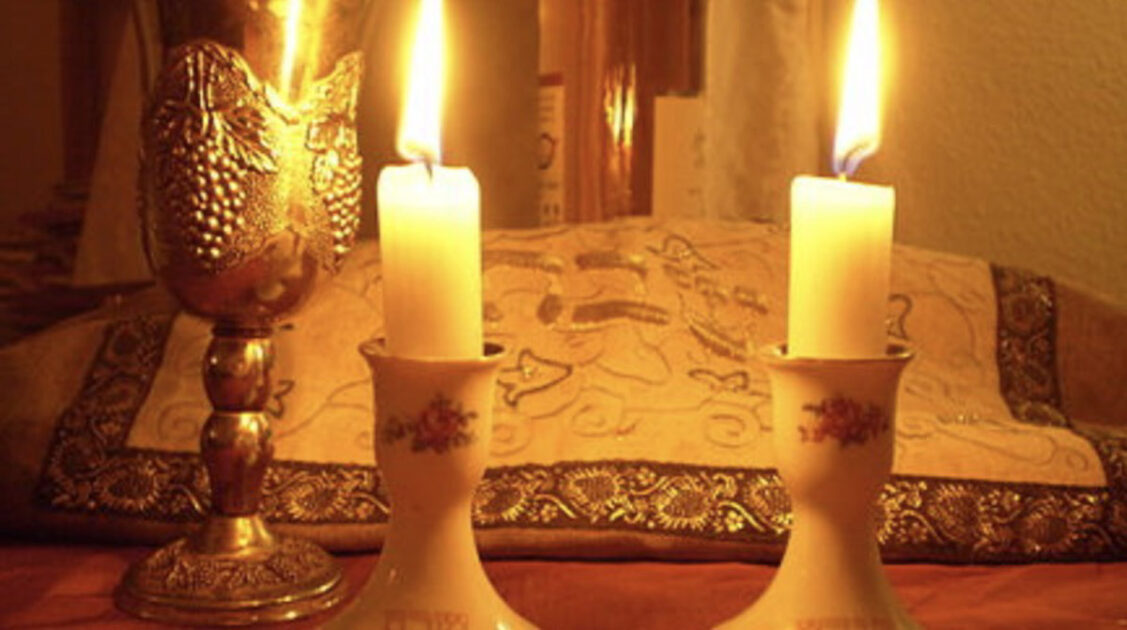 The following article, The Light at the End of the Week, was first published on Flag And Cross.

This has been an awful week for America and Americans. To be perfectly honest, the mendacity from DC and the loss of honor to this, the greatest nation in the world, and the fact that we left people behind in a war zone is both upsetting and depressing. I keep telling myself If I can just hang on for a few days, things will be much better. shabbos

No, it’s not going to be better because there will be changes in Washington (well, none that I know of). Things will be better because every Friday night, there is a light at the end of the week that acts as a release of my internal pressure valve. In Hebrew, it’s called Shabbat. In English, it’s the Sabbath. In my house, we use the Yiddish term, Shabbos.

Seventeen years ago, I wrote about how Shabbos was like a life raft that helped me get through a horrible working environment. After I left that job, I still looked forward to that special weekly day of the week, but this week’s non-stop depressing news has reminded me of what I felt back then.

The below is what I wrote back then. The context might be different, but the feeling is similar and the need for a light at the end of the week is the same:

Every week is bad, but this week’s staff meeting was particularly brutal. But, as always, I kept my mouth closed and didn’t say a word.

Even though I have been with the company for less than a year, I knew very well that it was not allowed to disagree with the CMO, even in private. If you try to lay out a case for a position that does not agree with his, the response is inevitable, “You’re wrong,” or “If you think that you can convince me of that, you must think I’m stupid.”

Today, when I told him why we didn’t get a particular piece of business, he berated me in front of my staff.

This new job started out with so much promise. The company had a great product but results weren’t what they should be. Half the staff was never on board with the objectives, the rest were completely unmotivated. I was out of work for over a year after 9./11 but they hired me because I had won awards running a sales organization for a competitor. My job was to get the sales team into shape.

Before my start date, there were rumors this company operated a little differently. They relished being a little crazy. The company was successful even though the level of sales support services provided were less than adequate Therefore to make things work mysterious first task would be to pull the staff together as a team and instill pride in the fact they were successful using smoke and mirrors. I looked forward to the challenge. Well, the challenge and getting off the unemployment line.

Shortly after my starting day, I began to sense my new working environment was not an environment I was used to working in. Everyone looked nervous; people walked around scared that any minute they were going to get fired. They had good reason to worry. It seemed like every day someone else was let go and given the usual excuses: “We have eliminated your position,” or “We’re reorganizing.”

In reality, people were terminated because they had fallen out of political favor and were replaced. The company believed that there should be at least fifteen percent turnover each year.

One person was hired away from a successful position, and let go to find a new job two weeks later. I recruited a friend of mine to be an assistant to one of the executives. She was hired ― and fired ― two weeks later. Management decided to fire someone who was Christian, only four days before Christmas and the guy had three kids.

Making that matter even worse, as his manager, it was my job to do the nasty deed despite that I didn’t agree with the decision or its timing. But This father had been at the company for a few years and was familiar with the turnover of the place. He took it very well—much better than me, “Jeff” he said, “Don’t worry, I know it had nothing to do with you.”

I couldn’t sleep for a few nights—Jewish guilt.

My manager seemed to take pride in being nasty. He’d brag about making people cry, or slipping something into a contract at the last minute, hoping that the customer won’t catch it until it was signed. If someone was too successful, management changed his or her compensation package retroactively.

He was looking for “yes men.” If you voiced something contrary to my manager’s opinion, you become on the “outs,” basically ignored and down the slippery slope to dismissal.

Despite the atmosphere, my team began to perform like they never had before. Sales were up 40% over the prior year ― unheard of in an industry that was down 2% overall. Yet at least once a week at our regular Friday staff meetings, my boss the marketing director complained my team was under-performing, ignoring that all the numbers proved otherwise.

Any confidence built up during my 20-year career quickly dissipated.

After three months of corporate hell, depression took over causing me to wonder whether I’d seriously lose it. Taking that job was a major career mistake. Compounding the mistake was the absolutely lousy job market. It took me a year and a half to find this job; can I just go find another? No, I was trapped.

There were days I would come home from work and just crawl into a fetal position in my room, spending hours feeling sorry for myself, wondering what I did wrong, why was I being punished.

At a friend’s 40th birthday party, I had a panic attack and made my wife go home even though the party had just started. Ever the supportive wife, she told me that if the job was making me sick, I should quit. But I was always taught you don’t quit a job until you find another one—how could I do that?

At first, I hid my depression from my friends and family. For a year and a half, they heard me complain about not having a job. How could I tell people that I was miserable in my new job–that the job was making me sick?

I finally unloaded to a friend. Two years ago, I told him, I was on top of my industry. But I got laid off because of 9/11, spent 18 months out of work and now I’m stuck in a horrible job.

It felt as if I was being punished for doing some serious wrong.

Maybe I was too sure of myself and needed to be taken down a couple of notches because of some sort of Shakespearian hubris.

My friend told me that it was kind of silly to think it was punishment. Every life experience, he said, was for learning. “What are you learning from this experience?”

I joked that the only thing I am learning from this job was to really appreciate Shabbat.

Then it hit me. Maybe that was it! They could take away the pride in my work; they could fire me and take away my source of income. But the one thing that they could never take away from me was Shabbat. Shabbat was about God and family. No, they couldn’t touch that! That was the way to get through it.

I felt like Rocky Balboa when he realized that he couldn’t win the fight. All he cared about was reaching the end of the round and then the fight. My goal was to be standing at the end of the week, and at least until I found another job, Shabbat became the key.

With every mean-spirited word or sarcastic comment, every time my boss ignored the record and told me that I was doing a lousy job, in my head I counted the days till Shabbat. That was like a bell for the end of the round in Rocky. Making it till Shabbat, I would be out of their world of cruelty and into God’s world surrounded by the warmth and comfort of my wonderful wife, kids, and friends.

It was only a few months earlier that my family began to celebrate a traditional Shabbat dinner at home. Before that, we just lit candles and went to Shul. But thankfully we changed that. Coming into my house from those horrific Friday staff meetings, the kitchen table was decorated with candles, challah, and Kiddush cups. And a heavenly Shabbat meal was served with prayer, song, ruach, and family. It was almost as if God put the solution to my malaise into my wife’s head.

Now, no matter how bad those Friday meetings were, singing Shalom Aleichem, picking up the cup of wine and beginning to recite the Kiddish—with the beginning of the Sabbath day the weight of that horrible job was suddenly lifted off my shoulders, the pit in my stomach went away, and a feeling of happiness took, sitting at the table with my family, feeling the warmth of their love and the light that our maker put at the end of the week.

The Sages give lots of different reasons why God gave us Shabbos. Some say it is to recognize God as the creator of the world or to feel his love. For me, The Lord gave us Shabbos as a life raft, thrown to us once a week. We use it to rid ourselves of some of the weight dragging us under. As we look over the bright light of two flickering candles, we get to reconnect with our families and realize what is really important in the world.

Baruch HaShem, eventually another job was found, and I moved into a much better situation. But since that horrible period, my love of Shabbat has only grown. It is still the life raft at the end of the week– no longer to escape a horrible work situation, but now to forget the smaller things that happen from Sunday-Friday and connect the important things in my life—the love of family, friends, and God.

This week along with the usual things, I am worried about the safety of our military heroes, the people we abandoned in Afghanistan, whether anyone will ever trust America again, and my prayers cover them all. And while I sweat the big stuff and the small, I am still hanging on for the release of my pressure valve, Shabbos. It is still (and will always be) the light at the end of the week.

Continue reading: The Light at the End of the Week ...