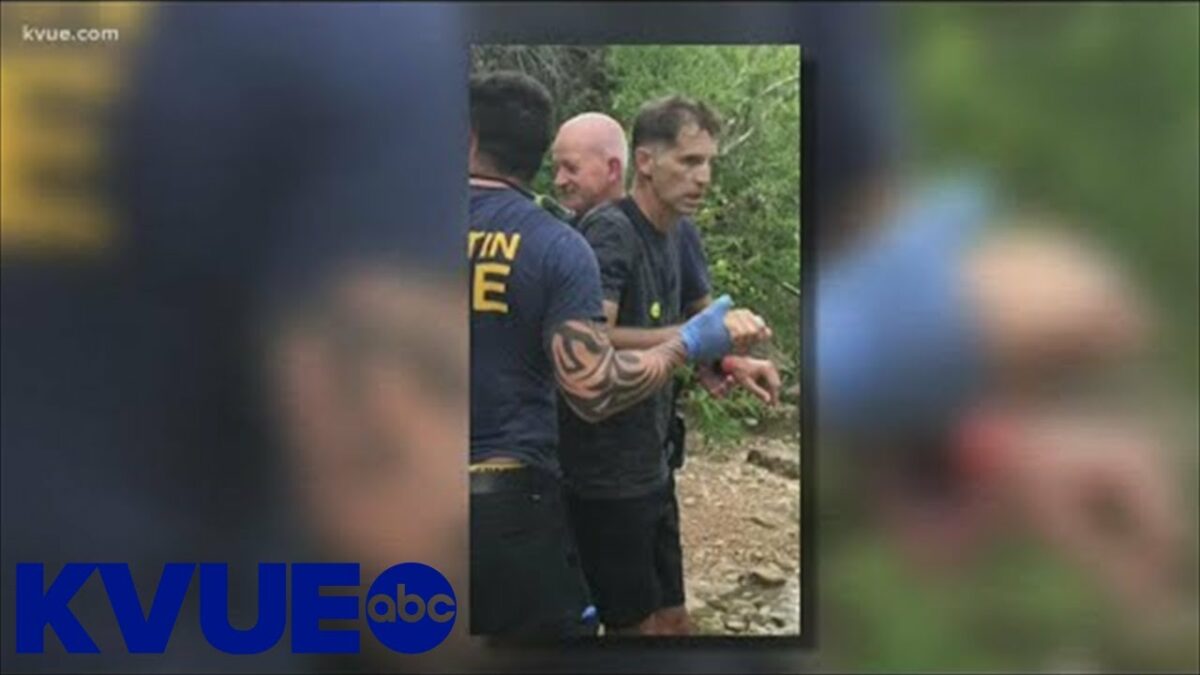 The adage “look before you leap” has never been as relevant as when you’re on a summer hike in snake country, wherever that may be.

One visiting hiker recently had an encounter with an Austin native that left him with a new appreciation for venomous snakes, but he’s alive to tell the tale.

Jay Middleton from Littleton, Colorado, is an avid outdoorsman who enjoys biking and hiking — perhaps part of the reason he lives where he does.

When he was visiting Austin, Texas, in July, he hit St. Edwards trail wearing sandals, and at some point felt something on his feet and a sudden, sharp pain.

Middleton’s initial thought was that he’d been stung by some sort of wasp, but he was met with something far more nefarious when he looked down.

“Reached down thinking that I was going to be knocking yellow jackets off my feet, and that’s when a very large copperhead slithered away,” Middleton told KVUE-TV.

“I was like, ‘Oh wow.’ I … cold sweat. My wife said I turned kind of gray. I got really, really nauseous, and at that point, they made the call to strap me to the board and, and roll me out.”

EMS arrived to assist Middleton, and footage from the incident shows Middleton being aided by two first responders as he stands in a stream, looking like he is in shock.

He was taken to St. David’s Round Rock Medical Center, where he learned he wasn’t the first person to be bitten by a snake that morning, and he ended up being one of 90 cases in July alone.

Middleton recovered, but it took three weeks until he was able to put a shoe back on his swollen foot. This isn’t the first injury he’s sustained in the pursuit of adventure, but it was one of the most painful.

“I mean, I’ve been I’ve been hit by a car on my bicycle,” he said. “I’ve had several knee surgeries. I’ve had all sorts of maladies in my life and nothing was, it — in terms of just sort of that intense pain was like anything like I’ve ever felt before.”

Hindsight is 20/20, and now he strongly recommends donning the proper footwear before hitting the trail.

“If you’re in snake country, you should not be hiking in sandals you know — running shoes at the minimum,” Middleton said.

Trauma injury prevention coordinator Kristen Hullum says that if you suffer a bite from a venomous snake, you should call 911, stay still and stay calm. Dying of snake bites is rarer than it used to be when addressed swiftly.

“Snakebites can be fatal, although if you seek treatment quickly and get the antivenom, they usually are not,” Hullum said.

“The movement accelerates the circulation of blood and limbs through your body, which then circulates the venom,” she added, to explain why you should remain still and calm.

Copperheads are one of the four well-known and dangerous snakes in central Texas, the other three being water moccasins, coral snakes and rattlesnakes. It pays to know what sort of creatures frequent the trails you want to hike, and wearing suitable shoes is always a good idea.