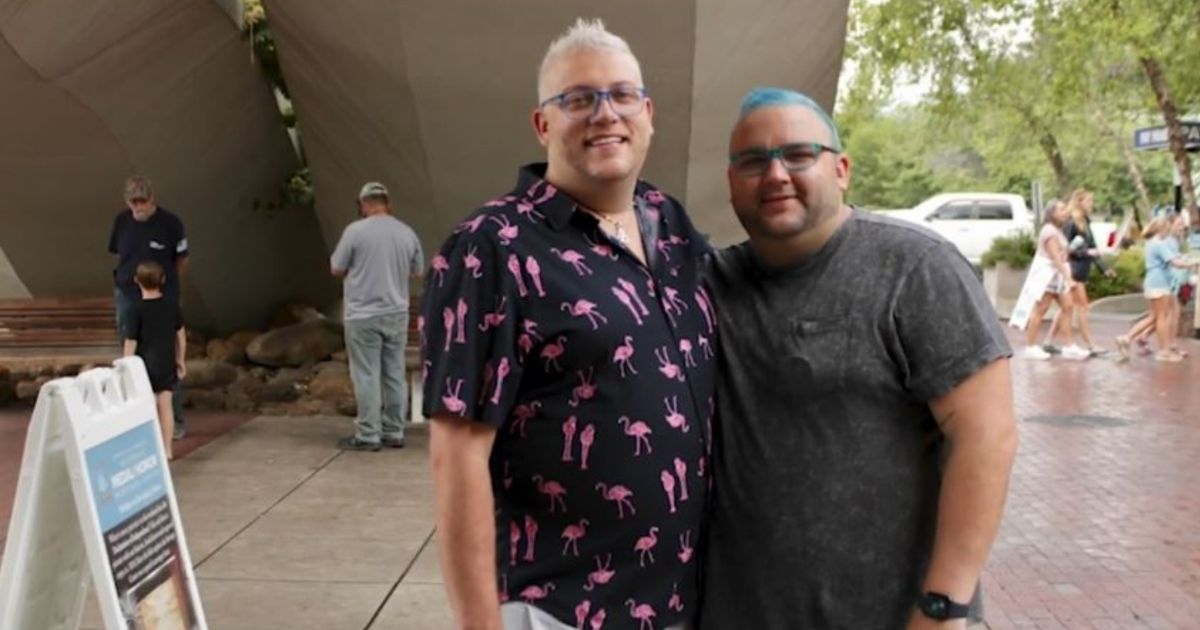 The following article, Gay Couple Unleashes Internet Mob on Christian Who Politely Declined to Host Their Wedding, was first published on Flag And Cross.

A gay couple who engaged in a slightly confusing, yet thoroughly polite email conversation with the owner of a Tennessee wedding venue has rallied the “support” of a digital rage mob against the business owner after she clarified that she did not host same-sex weddings.

Jackie Daniel is the owner of Barn in the Bend, a wedding site in Madison, Tennessee, that sits atop a sprawling 40-acre farm, offering gorgeous views “in all directions,” according to the business’ website, which describes the venue as “our little haven of countryside.”

When same-sex couple Mike Gill and Coty Heaton found Barn in the Bend, they believed it was the perfect place to hold their own nuptials, and set up an appointment to view the location.

An initial email from Daniel read below the signature line, “We offer same-sex marriage ceremonies only,” which seemed to seal the deal for the two men.

However, this had apparently been a typo, and Daniel, who gave her original voicemail from the couple a second listen, had revised her signature line in a follow-up email that clarified the venue only offered opposite-sex weddings.

“I am not sure but I believe I remember you calling me and I was on vacation last week,” Daniel wrote in her second email, according to Yahoo Sports.

“Did you mention that your partner was a ‘he’? If I’m wrong, I’m sorry,” she continued, explaining that she “didn’t want to waste [his] time since we do not offer same-sex marriages here.”

She asked for clarification so they could move forward with their viewing appointment if she had been mistaken. The signature line had been corrected and now read, “We do not offer same-sex marriage ceremonies.”

“We were disappointed and hurt and angry,” Heaton told WKRN-TV. “It is 2021, we have come too far for this.”

Yes, it’s 2021 — which means that rather than irritably accept that he doesn’t have a right to use someone else’s private property for his gay wedding just because the Supreme Court ruled he can, in fact, have a gay wedding, he and his couple initiated rage mob sequence.

According to Yahoo, “Friends, allies, and members of the LBGTQ+ community flooded the venue’s TripAdvisor and Yelp pages with one-star reviews in support of the couple.”

This is a really remarkable way of characterizing the way that angry and wildly intolerant people who saw a post from Facebook from the couple about the incident began issuing angry reviews for Daniel’s business, which they’d undoubtedly never actually patronized.

“They hatefully refused to support legal marriages between ALL Married couples who are AMERICAN CITIZEN,” one outraged “review” read, according to Yahoo.

“Homophobia. Spend your money elsewhere. They don’t deserve anyone’s business. Even if you are not gay, I wouldn’t give this place a dime of your money. Nobody wants to sponsor hate and discrimination,” another read.

“What ‘book’ do you read that promotes hate?” a question on the business’ Google listing reads, likely alluding to the Bible (although one can only imagine why they felt the need to put “book” in quotations).

If one were only to open the Bible, they would discover the book doesn’t promote hate but rather the unmatched, earth-shaking love of Christ which has the power to cover the sins of all mankind. Yet Jesus calls His followers to holiness and also clearly specifies this does not include homosexual relationships or the promotion thereof.

Gill and Heaton were not violently attacked, turned out of their homes, deprived of income, bullied, harassed, subject to crude language … I mean, heck, Daniel wasn’t even remotely rude to them! They lost absolutely nothing other than perhaps the collective 15 minutes it took to read and reply to these admittedly confusing email exchanges.

The reaction perfectly encapsulates the driving belief system behind left-wing LGBT “allies” who appear to solidly believe that the mere existence of a business that will not host same-sex weddings is an attack on everyone who would hope to have a same-sex wedding themselves, and that is an incredibly dangerous belief that is going to continue to lead to a lot more hate and intolerance if it is allowed to continue to thrive.

To make matters worse, Daniel responded with pure class to the incident despite the cultural revolutionaries descending on her business from behind the comfortable safety of their smartphones and laptops.

“I’m sorry but due to my religious beliefs I have chosen this policy and for that reason alone,” she wrote back in a remarkably polite and restrained email, according to TMZ.

“I wish you the best in life and the best future in all that you do,” she graciously continued. “I see you wasted no time with the reviews and that too is your right just as my choice of ceremony types at my venue is my choice.”

“That is why people have lots of choices out there and I know you will find a perfect fit for you and your partner,” she concluded.

This is what tolerance looks like and exactly the kind of respect that we need in order to preserve a genuinely pluralistic society. You do you, I’ll do me, let’s not force each other to violate our deeply held beliefs, right?

Wrong. We don’t have a pluralistic society any longer, and we never will again if we let this disturbing cultural trend of maligning everyone who doesn’t perfectly fit within a certain ideological box continue.

What’s really disturbing about all this is not only that the couple felt the need to excoriate the business because their patronage was politely declined, but a prominent outlet like Yahoo legitimized the sick and twisted digital mob justice culture that demands compliance with far-left, progressive ideology or face virtual death by social media firing squad, without a trial.

Daniel’s business is now receiving reviews that slander her as a hateful bigot, yet would she have if her business did, in fact, exclusively host same-sex weddings? Would a straight couple who was turned down by a vehement LGBT advocate have received the same “support” from the internet as Gill and Heaton did?

You and I both know the answer to this question.

Every single American ought to have the right to decline to do business that violates their conscience, and yet it is overwhelmingly those who do not agree with secular, progressive ideology who are receiving the brunt of our modern era’s idea of “tolerance,” which is anything but.

Our culture not only refuses to tolerate the convictions of private business owners, but it subjects them to this twisted, sick, bullying treatment and masquerades that as “support” and “allegiance” for the LGBT community.

As long as the rage mobs are tolerated, intolerance for anything other than the narrowly defined, vehemently ideological religion of the day will reign.

It’s time to stop tolerating the “tolerant” mobs and shamelessly own our views and our rights to hold them.

Interesting gay couples never target muslim businesses who deny them based on their religious beliefs!

You are right – They are evil – not stupid –

I think they target people like Daniel so they can cause trouble.. Why not just go find someone who does offer same sex marriages and are ok with it… I could care less if they want to live that type lifestye, but hate that they want to force it down everyone’s throat…

Amazing how about 3% of the total population has such power over the other 97% who tolerate it.

Nice way to start your relationship, with hate, with intolerance, with despicable intentions….. sorry for the low life maggot gay rods. Hope that Daniel is still in business…..

That is her right. She is under no obligation to satisfy the wishes of others. Shame, shame, shame on the homosexual couple. There is nothing “gay” about them!

If this is what they want to do, be gay and marry the same sex… that is their right, BUT DO NOT force the lifestyle down other people’s throats… Other people have the right to deny any part of that type lifestyle… Go find someone who is fine with what you want to do and leave these Christian people alone… WHY is it that these people think they have the right to trample on other’s rights… NOT everyone is okay with same sex marriages, just because it is 2021, it don’t change how others feel… these gay people need to… Read more »