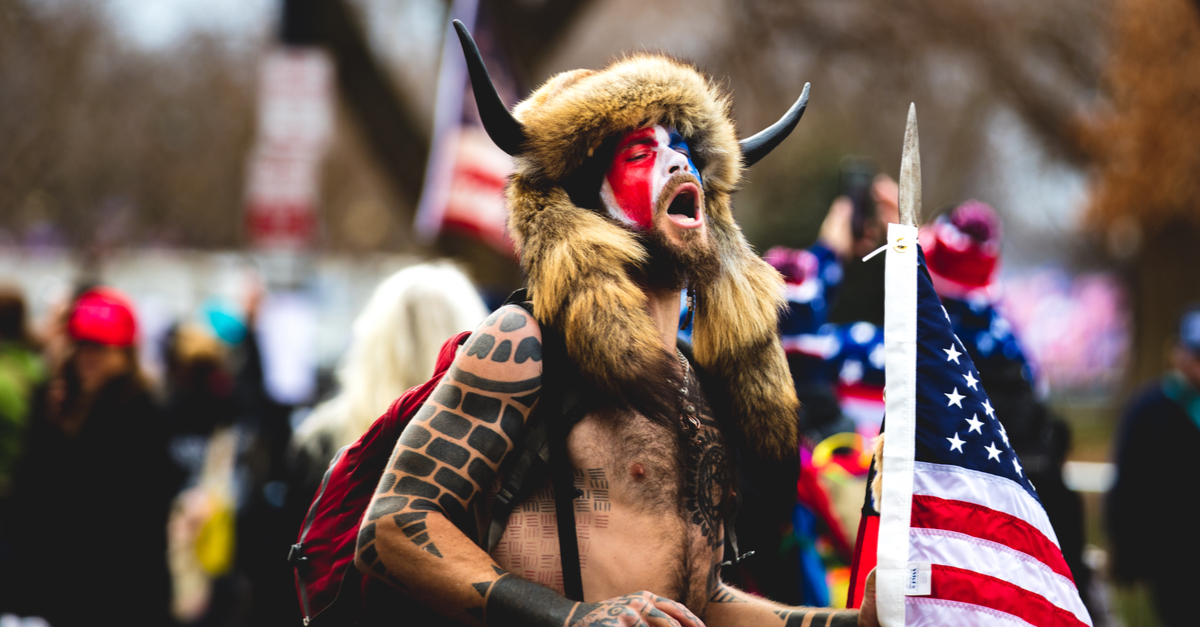 There are no doubt a number of indelible images from January 6th, 2021, many of which will remain in the American psyche for decades to come…or longer.

This was a rare event in world history, and a first for the United States, and those who participated in the event are no doubt unique too.  Perhaps no single person inside the Capitol on that day is more recognizable than Jacob Chansley; better known as the “QAnon Shaman”.

Now after some bizarre legal wrangling by his lawyers, Chansley is set to announce his plea.

Jacob Chansley, aka the “QAnon Shaman,” pleaded guilty to one count of obstruction of an official proceeding. He had been charged with a six-count indictment that included civil disorder, violent entry and disorderly conduct, as well as a felony count for obstruction of an official proceeding, which carries a maximum sentence of up to 20 years in prison.

Under federal sentencing guidelines, he is likely to face between 41 and 51 months (about 3 1/2 to 4 1/4 years), minus time served for the the eight months he has already been detained. He also agreed to pay restitution of $2,000.

Sentencing is scheduled for November 17. The judge has taken under advisement Chansley’s request to be released prior to sentencing, though his last several requests for release were denied.

In recent weeks, a number of judges have spoken out about what they feel are lenient sentences in the January 6th cases, and one has to wonder if all that talk will effect the punishment handed down to Chansley.