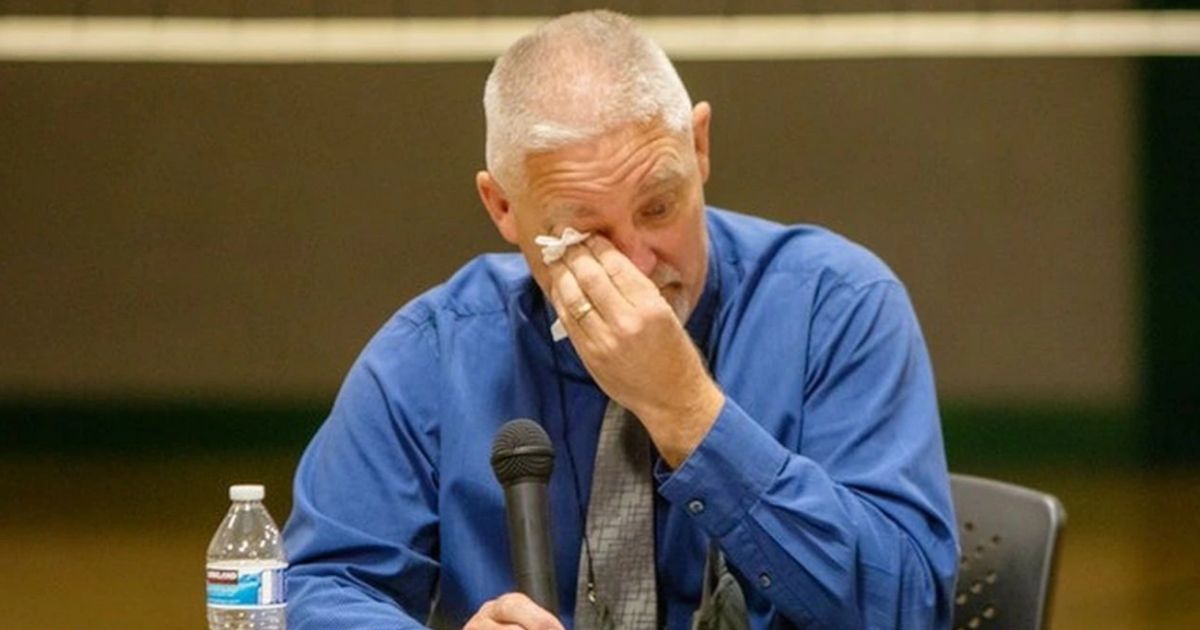 In eastern Oregon, a school board axed its superintendent over masking mandates — although not for the reasons you might expect.

According to The Oregonian, the Adrian School Board fired Adrian School District Superintendent Kevin Purnell on Monday, one week after students returned from summer break. Purnell was fired by a 4-1 vote in what the outlet described as “an emotionally charged special meeting” after a closed-door session of the school board to discuss the issue.

The closed-door session lasted less than half an hour. While the board gave no official reason for Purnell’s termination, critics of the superintendent were motivated by his refusal to push back on mask mandates imposed by Oregon Gov. Kate Brown, a Democrat.

Board Chair Eddie Kincade told the Oregonian that Purnell had failed to abide by board directives, although he went no further than that.

“Ultimately, I feel that I have lost my way, and it began to consume me,” Purnell said.

“I have become tired. Tired of disappointing myself, my family, my friends, my colleagues.”

Photos showed Purnell in tears during the speech:

Kevin Purnell was fired Monday as superintendent of the Adrian School District just one week after students returned to school. https://t.co/Vtf6qRKXAC pic.twitter.com/4TqgSGSmA3

The taxpayers in Adrian will pay Purnell $52,500 for the next six months of his contract, in addition to health insurance coverage, according to the Oregonian.

Oregon’s masking mandates are some of the strictest in the nation. Effective Aug. 27, according to a news release from the state, “masks will be required in most public outdoor settings, including large outdoor events, where physical distancing is not possible, and regardless of vaccination status.”

Brown also announced in July that masks would be required in classrooms.

“The science and data are clear: the Delta variant is in our communities, and it is more contagious. My priority is to ensure our kids are able to safely return to full-time in-person learning this fall, five days per week and with minimal disruptions,” Brown said at the time, according to KPTV-TV.

“With many children still ineligible to be vaccinated, masks are an effective way to help keep our kids safe in the classroom, the learning environment we know serves them best.”

Purnell said he personally opposed the mask mandates — although the question came down to whether he was willing to fight the state.

“Kevin likes rules,” local resident Paul Shenk said at a public comment forum during a school board meeting on Aug. 12.

“What I feel the frustration is, is that we expect the administrators to advocate for the community,” he added. “As superintendents, you guys need to band together to fight.”

There’s also another reason to fight: Adrian is a small town, with 157 residents, a decline of 11 percent in population in the last decade. While the school district encompasses a wider geographical area than that, in nearby Parma, Idaho, the Salem Reporter noted, students can go to school with virtually no COVID restrictions — and parents enrolling their students there could doom the Adrian School District.

“I am fearful that if we require all students to wear masks to school, we will be closing our school,” resident Sarah Martin said at the meeting. “Please don’t unenroll to make a point. That’s only going to hurt our local school.”

“It would be a shame if we let this school die because we can’t buck the system just a little bit,” resident Joel Brice added.

While enrollment is up from last year, how long that lasts could depend on how long the mask requirements are followed.

Defenders of Purnell said he was doing what he had to do, given the state’s hard-line on masking.

“They see those things as opposing. Before, you could do both. Now, with the political nature of vaccines, masks, government threats and that stuff, I think you’ve got to pick a side. You’ll toe the line, or you’ll stand on your beliefs.”

The problem, however, is that mask mandates shouldn’t be what it takes.

As of Wednesday, the number of deaths involving individuals aged 0-17 from COVID-19 stood at an even 400, according to data from the Centers for Disease Control and Prevention. We know with relative certainty this isn’t a disease that poses a great danger to the young and healthy, particularly in a rural community.

What we don’t know, meanwhile, are the long-term mental health implications of mask mandates at schools. Here’s COVID sage Dr. Anthony Fauci on the subject during an interview in August: “[H]opefully, this will be a temporary thing, temporary enough that it doesn’t have any lasting negative impact on them.” Hopefully.

Kevin Purnell may be a heck of an educator. From the sound of it, he is — 37 years in education, 19 as an administrator, 14 years with the district and three in his current job. He ended his emotional speech with a favorite biblical passage of mine, Ephesians 6:12: “our struggle is not against flesh and blood, but against the rulers, against the authorities, against the powers of this dark world and against the spiritual forces of evil in the heavenly realms.”