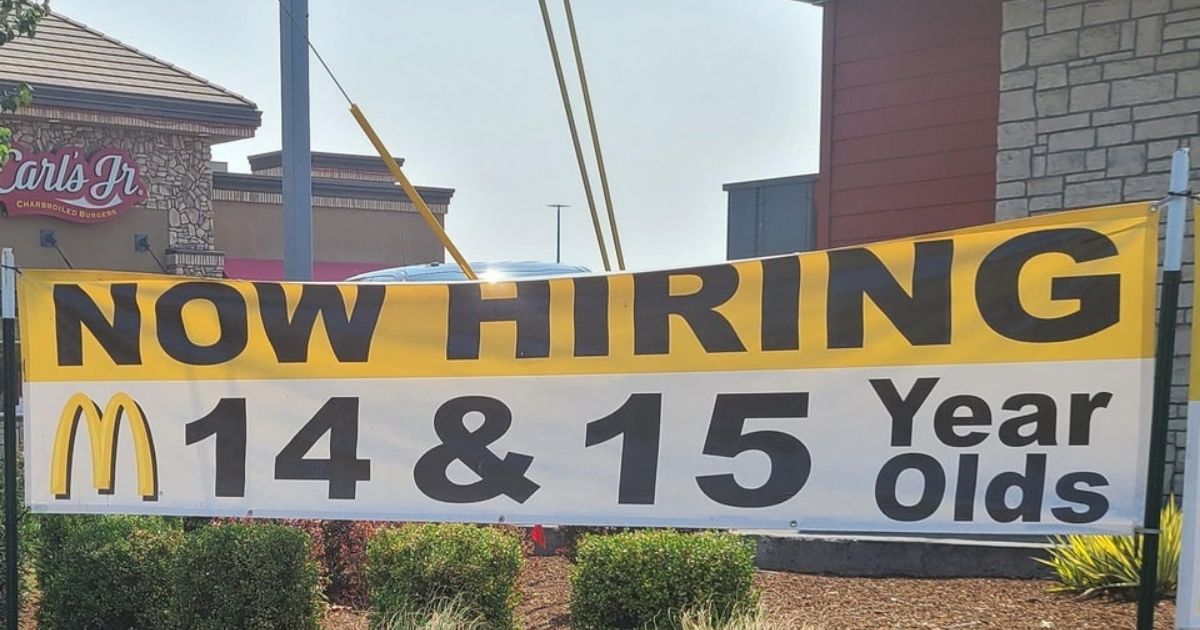 Teenagers and fast food are a natural combination, but in a tight labor market they are popping up on both sides of the counter.

For example, a McDonald’s in Medford, Oregon, put a banner out to proclaim its intention of hiring 14- and 15-year olds.

“There are always staffing issues, but this is unheard of,” restaurant operator Heather Coleman told Insider, saying it is a unique time in the 40 years her family has operated McDonald’s franchises.

The young teens have been “a blessing in disguise,” Coleman said.

“They have the drive and work ethic. They get the technology. They catch on really quickly.”

Coleman had first tried upping the wage for new hires to $15 an hour. That produced a ripple of interest, but she said it was not until she began reaching out to 14- and 15-year-olds that she saw real results.

Although labor laws vary across the country, 14- and 15-year-olds can work in most states.

At the Roanoke Natural Foods Co-op in Roanoke, Virginia, young employees have become the backbone of the staff, said Elizabeth Wilson, the store’s human resources director, according to The Roanoke Times.

“They can do everything,” Wilson said of her youngest workers. “They’re great kids with great work ethic. I would tell other employers to take a chance on young workers. They have the right attitude and they’re willing to work.”

“Young people get a bad rap these days, but these high schoolers are incredible workers,” he said. “It’s the energy level. The ones we’ve had are aggressive to learn. You give them a task and they do it. They’re eager to learn something new.”

“They haven’t developed any bad habits. … They’re like sponges. They soak up so much information,” she said.

Daniel Zhao, a senior economist and data scientist at Glassdoor, told CNBC that reaching out to previously untapped populations is essential to surviving the tight labor market.

“We think it’s gotten tighter since earlier in the year,” Zhao said. “Job openings continue to reach record highs and are well above historical levels.”

“At this point, any hiring needs to draw from unemployed workers or pulling workers in from those out of the labor force, which is always hard, and even harder now with pandemic,” he said.

Zhao said the end of enhanced unemployment payments might make a difference, but not right away.

“Some folks were overly optimistic on how much of an impact the labor market would draw from enhanced unemployment benefit programs ending,” he said. “The debate on the empirical data isn’t settled and we will need months to know.”

“There is still a significant level of labor demand and with rising health concerns from the delta variant, it seems likely fewer workers available as a result.”