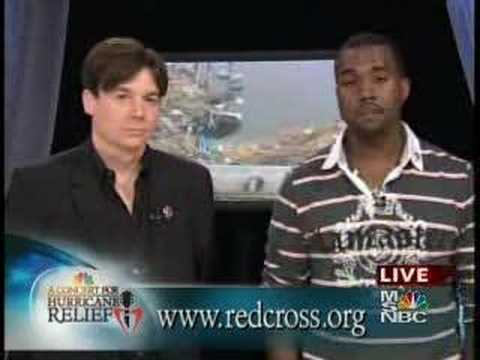 The following article, CNN Interview Goes South When New Orleans Resident Asks Where Biden Is After Hurricane, was first published on Flag And Cross.

A CNN interview with a resident of New Orleans went south when the woman asked, quite pointedly, where President Joe Biden is as an entire American city sits without power following the landfall of Hurricane Ida Sunday.

The storm came ashore last weekend as a Category 4 major hurricane. It claimed several lives in the area while also destroying electric and other infrastructure that will take some time to repair.

No person is to blame for the storm, as it is hurricane season, and these storms tend to happen.

But when speaking to CNN Friday morning, one woman who was desperate for relief from the summer elements in the Big Easy started asking some questions when a microphone was put in her face by the left-wing network.

A woman name Myra Castro told CNN she was sleeping in her car and she has children who are going hungry in the September heat.

Many around New Orleans are still without power, running water, gas, and food.

“It’s hard out here, can they help us? Where’s the president? Can he come help us?”

Biden is scheduled to travel to Louisiana on Friday to tour the damage, Reuters reported. It isn’t clear if he will understand the magnitude of the suffering on the ground, or if he will actually care if he does grasp what happened to people like Castro.

Biden’s presidency thus far can be summed up by a formula of crisis and then a callous disregard for suffering brought on by it. Look at how he treats Gold Star families.

But Hurricane Ida is one crisis Biden can’t be blamed for, just in the way that 2005’s devastating Hurricane Katrina shouldn’t have been blamed on then-President George W. Bush. But it was.

Bush was ripped to shreds over Katrina. When people were killed or displaced after floodwaters forever altered New Orleans, the Republican was torched simply because he was a Republican. Rapper Kanye West used the moment in history to accuse Bush of racism, although he would years later apologize.

Just six years ago, on the 10th anniversary of Katrina, CBS News was still blaming Bush:

Biden will face no such scrutiny, and the suffering brought on by Ida will be forgotten just as soon as CNN reporters have something else to talk about that might help them push climate alarmism.

But there is suffering in New Orleans — again. CNN, without a Republican to blame for that suffering, is going with the climate change narrative while highlighting individual stories of those affected by it. Perhaps that was why it was so awkward to see someone in a difficult moment on the network asking where the president is.

A lot of people these days are asking where the president is, but none of those people are at CNN.

There are moments where Biden himself appears to not know where he is. Those moments, like the suffering of Myra Castro in New Orleans, will soon disappear down the establishment media memory hole, as there is little doubt another crisis brought on by Biden is just around the corner.

The Bidenreich has American citizens and allies to rescue from Afghanistan And it is time for the new episodes of Sponge Bob Squarepants. C’mon man.