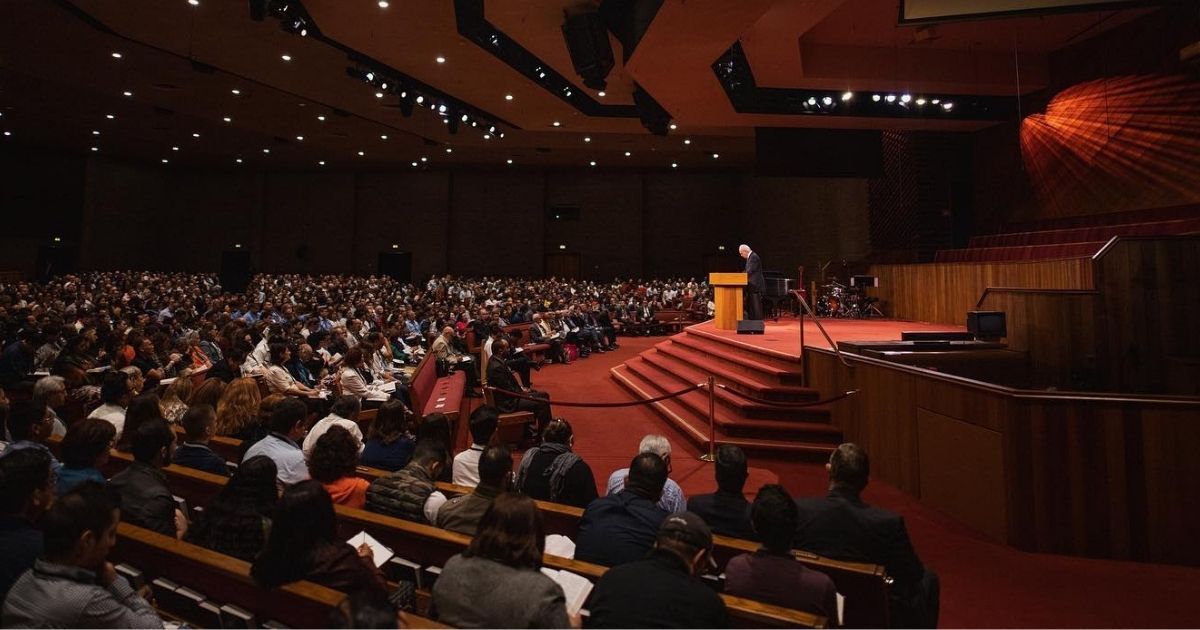 The following article, California Church Wins Massive Settlement After Standing Up to Lockdown Democrats, was first published on Flag And Cross.

A church that stood firm against coronavirus lockdown orders has won a major victory against California Democrats.

Grace Community Church of Sun Valley will be paid $800,000 to cover legal fees from its battle against lockdown edicts issued by Gov. Gavin Newsom and Los Angeles County.

The state and county will split the payout equally, according to The Washington Free Beacon.

“Over the past year, our congregation has seen his hand of blessing in ways like never before, and the Lord’s promise has been realized: ‘I will build my church and the gates of Hades will not overpower it,'” Pastor John MacArthur said.

The church initially complied with lockdown orders, but last summer decided that in-person worship should resume. A battle with state and local officials ensued.

This year, the Supreme Court ruled against the lockdown imposed by Newsom on churches across California, setting the stage for settlements with several churches.

Yes— here’s what CA paid in settlements for attorneys’ fees in just the 3 cases our firm filed in response to Newsom’s attacks on religious liberty:

Paul Jonna, special counsel for the Thomas More Society, which represented Grace Community Church, said MacArthur was targeted because of his public opposition to lockdown orders.

“They wanted to make an example of him,” Jonna said.

“He had 7,000 people packed in the church side by side every Sunday. He was completely defying the restrictions. He was doing it in a public fashion. They didn’t like that.”

In a recent letter, MacArthur called the settlement a “monumental victory for Grace Community Church,” according to the Los Angeles Times.

“We know that there is no circumstance that can cause the church to close,” MacArthur wrote. “The church is not only a building but is the bride of Christ and exists to proclaim the truth.”

The church’s website called the settlement “nothing less than a total victory and complete vindication of our position.”

“Against strong and comprehensive government opposition, Grace Church made a stand not to forsake the gathering of the saints. Though the potential consequences for this decision were threatening, we had no choice but to obey our Lord rather than men. He has shown His faithfulness to an obedient congregation by pouring out blessing we never could have imagined. ”

“The church is essential,” attorneys Jenna Ellis and Charles LiMandri said in a statement, according to The Washington Times.

“Religious liberty and the Constitution won today against the overbroad, arbitrary, indeterminate, and clearly unconstitutional mandates from Gavin Newsom and Los Angeles County. I am so very proud of Pastor MacArthur’s steadfast leadership and refusal to abdicate headship of Christ’s church to the state.”

“No longer can the County of Los Angeles and the State of California treat people of faith like second-class citizens. This result is a victory for all Americans who cherish religious liberty,” LiMandri said.