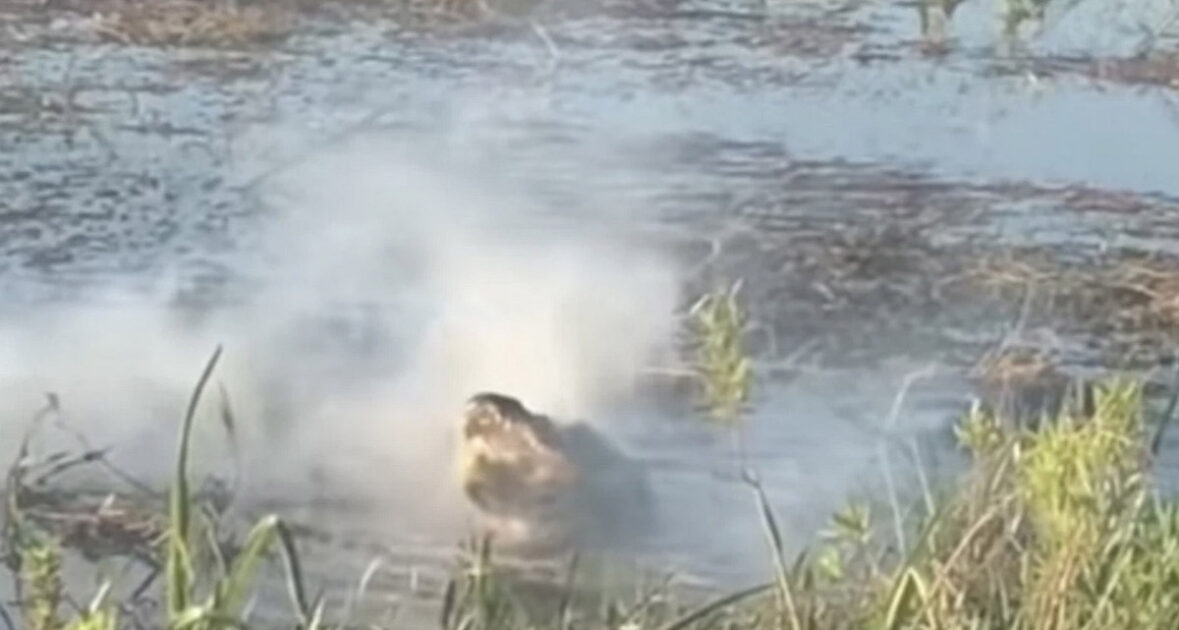 The following article, AMAZING VIDEO: Alligator Chomps Down Flying Drown in a Puff of Smoke, was first published on Flag And Cross.

A viral video captured the amazing moment when a Florida alligator reached up out of the swamp and snatched a drone out of the air, then both went up in a cloud of smoke when the drone exploded in the gator’s maw.

The footage, originally posted on TikTok, shows the gator reaching up and chomping on the drone that was hovering over him in the water. The gator immediately started chomping the device to pieces.

Then they both went up in smoke.

Almost immediately, a thick cloud of smoke billowed around the gator’s head as he chomped the drone apart.

Voices on the video were amazed at what they were seeing.

It is unknown why the woman called the gator “George.”