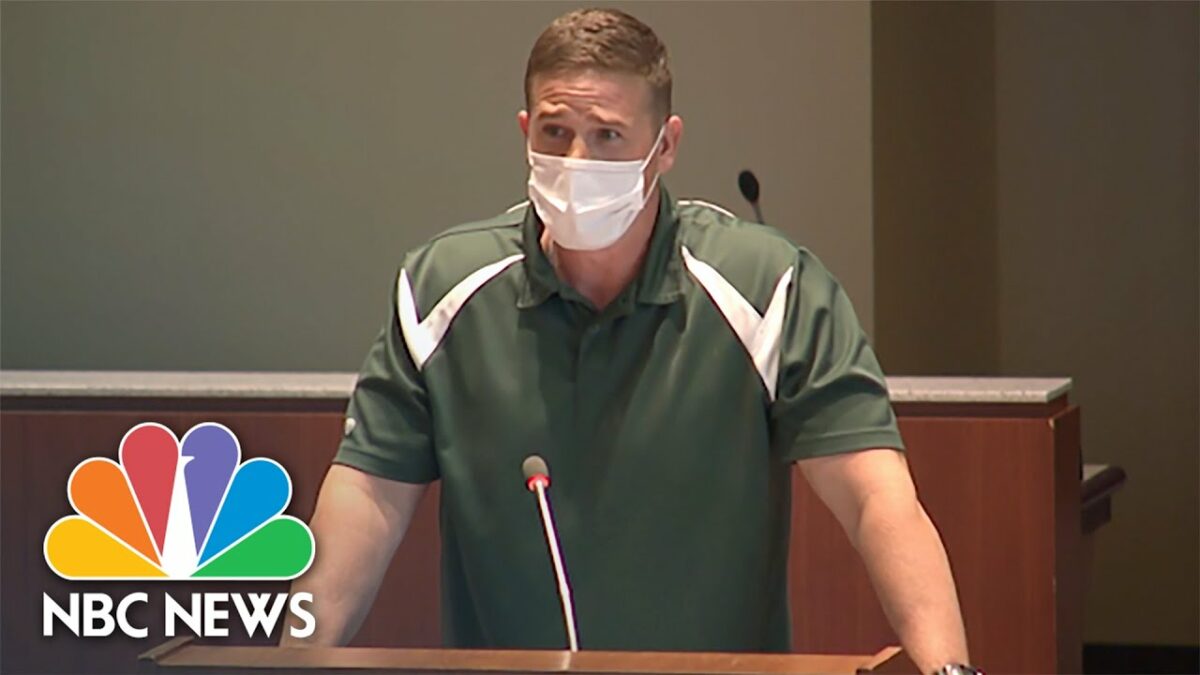 The Supreme Court of Virginia has ruled in favor of free speech and religious liberty in a case involving a local school board and transgender policies.

According to The Associated Press, Tanner Cross, a physical education teacher at Leesburg Elementary, attended a Loudoun County Public Schools board meeting on May 25 where the board discussed changes to its policies that would require teachers to refer to transgender students by the gender with which they identify.

The school board was considering the regulations due to a state mandate requiring all schools in Virginia to update their rules regarding transgender students, the report said.

At the meeting, Cross said that he would not use transgender students’ preferred pronouns because of his religious convictions.

“I love all of my students but I will never lie to them regardless of the consequences,” he said. “I’m a teacher but I serve God first, and I will not affirm that a biological boy can be a girl and vice versa because it’s against my religion. It’s lying to a child, it’s abuse to a child, and it’s sinning against our God.”‘

Alliance Defending Freedom sued the school district on his behalf after his suspension and filed to receive an emergency injunction, the AP reported. Two other teachers joined Cross in his lawsuit.

In the case, Stacy Haney, a lawyer representing the school district, said state law did not provide the school board with any leeway in how to implement the updated policy, but also noted that discrimination based on gender identity was already prohibited in existing regulations, according to the AP. She said that required a teacher to use the “preferred pronouns” of a transgender student.

Because of this, Haney said, Cross communicated a resistance to obey district policies.

Loudoun County Public Schools additionally argued that he was suspended partially because the comments he made caused a disturbance, according to the AP. After the school board meeting, the principal was contacted by five parents asking that Cross and their children would not have any interactions with one another.

That represents a very small portion of the school’s population. According to the LCPS website, Leesburg Elementary has 416 enrolled students while the district overall has more than 81,900.

The lower court agreed with Cross’ lawyers that the small number of calls to the school did not cause a disturbance justifying a suspension, according to the AP.

Loudoun County Circuit Judge James Plowman ruled that the teacher was utilizing his free speech rights when he made his comments to the board about not following the proposed rules due to his religious convictions.

After losing, the school district appealed to the Supreme Court of Virginia.

On Tuesday, that court agreed with the lower court’s ruling that the scant number of complaints received because of Cross’ comments did not warrant a suspension, the AP reported.

The state Supreme Court’s ruling leaves the Loudoun County Circuit Court’s temporary injunction — which prohibits Cross from being suspended — in place. The issue will be settled permanently in a Loudoun County trial next week, the report said.

This ruling is important because it shows that judges are still willing to rule in accordance with the original intent of our founding documents in order to protect religious liberty and freedom of speech — both guaranteed to us by the First Amendment.

Leftists love to tout the “separation of church and state” as an excuse to undermine religious freedoms in support of their idealized, secular public sphere. However, they often forget that the First Amendment’s establishment clause is a sword that cuts both ways. It works not just to prevent religious dominion over the state but also to protect the establishment and exercise of religion from government control.

Here is a case of the state — a school board — attempting to impose restrictions — control over — a teacher’s personal religious beliefs. By punishing Cross for his comments explaining his faith-based opposition to the transgender policy, the school board acted in a way that hindered his right to freely express his religion.

Thankfully, both courts could see through the school district’s flimsy arguments and rightfully upheld the notion of religious liberty.

This is especially important considering where this case took place.

As the AP reported, Loudoun County has become the epicenter of debates surrounding critical race theory being taught to students as well as its implementation of pro-transgender policies. To have this ruling in this battleground of woke ideology is an undeniable defeat to the policies embraced by the left.

Cross obviously risked a lot by not only speaking up but also taking on this legal battle. He was willing to advocate for religious liberty and free speech, and for that, he deserves a lot of credit.

It certainly is gratifying to those in favor of our First Amendment rights to see that his efforts were rewarded with a victory in court.