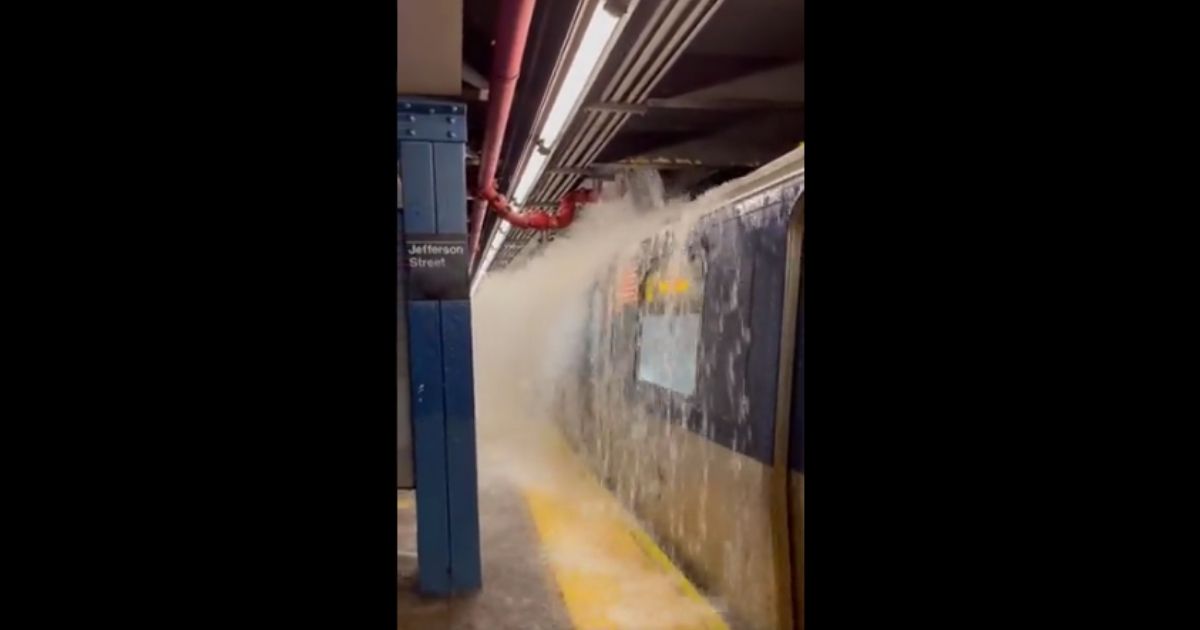 New York City’s subway system was inundated by flash flooding on Wednesday after the remnants of Hurricane Ida blew through the city, dumping historic amounts of rain on the region.

One video captured a geyser-like wave flooding the 28th Street station, with onlookers standing in disbelief.

Another showed passengers attempting to navigate a station in ankle-deep water.

Flooding in 28th St Station NYC!!! And everyone is taking videos!!!!#OnlyInNYC pic.twitter.com/eV2QlALEno

The MTA is really so poorly run! Every Time it rains there is a flood! It’s time to put this inept organization into the hands of a private company who will actually fix the system! pic.twitter.com/QG8n3fKPsG

“At this time, there is very limited train service,” a Metropolitan Transit Authority spokesperson tweeted on Wednesday evening.

Eighteen trains were evacuated as streets and subway tracks were flooded between 9 and 10 p.m. on Wednesday, the New York Post reported.

“Water gets in when the street-level drainage systems and sewer systems are overwhelmed, and the water starts to come down in the subway system. It’s not impenetrable,” MTA Chairman Janno Lieber said, according to the Post.

This looks more like a subway car wash than a subway station. This flooding has to be doing an incredible amount of damage to the NYC subway system. pic.twitter.com/bgtMbjiHvM

As of Thursday morning, service was still suspended or partly suspended on most lines, the outlet reported.

At least 23 people have been killed in the flooding, according to WNBC-TV. One of the fatalities was a 2-year-old boy.

Nine of the deaths were in the Queens and Brooklyn boroughs of New York City, including that of an 86-year-old woman, WNBC reported. The rest were in northern New Jersey. The death toll is expected to increase in the coming days.

Three to 8 inches of rain were dumped across the New York tri-state area, with some isolated reports exceeding 10 inches. Central Park recorded its highest hourly rainfall total, a mark that had only been set two weeks prior by Tropical Storm Henri.

this flooding in New York is wild – there’s a “flash flood emergency”, the first one ever in NYC, with something like 10cm in rain an hour from Hurricane Ida. Much of the city seems like it’s underwaterpic.twitter.com/Vyes4KcCdG

Ida first made landfall in the U.S. on Sunday, decimating New Orleans’ electrical grid and causing considerable damage with winds in excess of 150 mph.

The brunt of its impact was felt in Louisiana and along the Gulf Coast, with oil production ground to a halt due to the intense winds and storm surge.

Thousands of National Guard members were dispatched to the region to aid in rescue and relief efforts.

Reports of looting surfaced in Ida’s wake, with New Orleans Mayor LaToya Cantrell issuing a citywide curfew and urging evacuees not to return home until it was safe to do so.