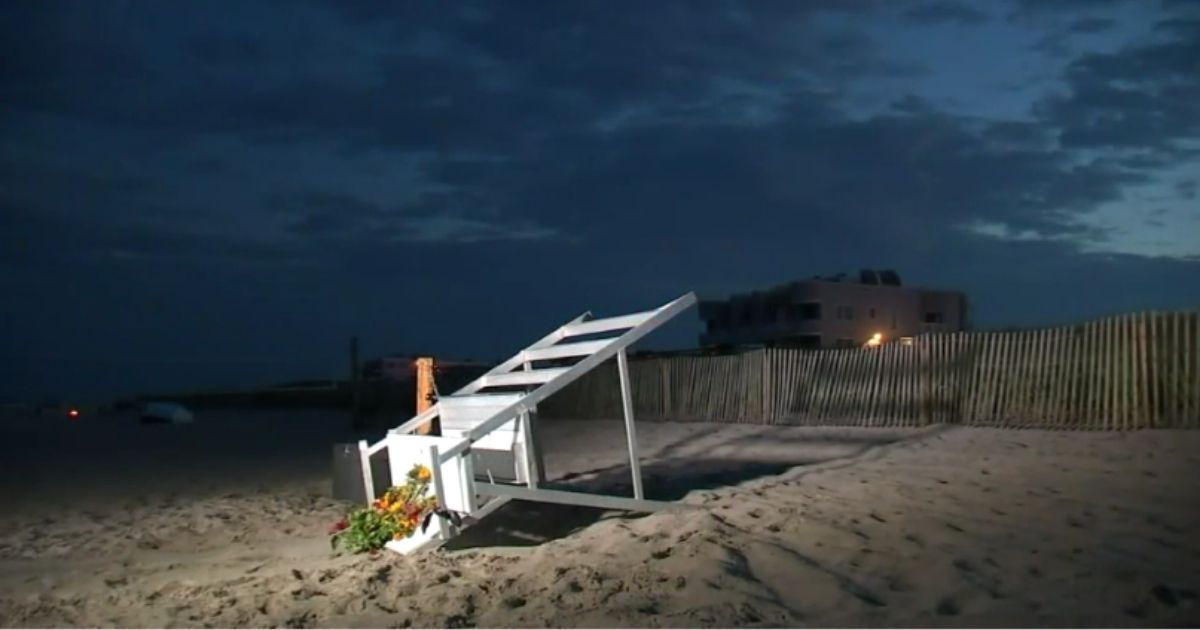 The following article, Lightning Strike on Beach Kills 19-Year-Old Lifeguard, Injures 7 Others: 'It Was Like a Bomb', was first published on Flag And Cross.

Serving the community as a lifeguard has become a tradition in the Pinto family. Brothers Tyler, Keith and Kevin have all spent time watching over beachgoers in New Jersey.

Keith, 19, had been a lifeguard for four years and was hoping to join the Marines.

But on Monday, he lost his life in a freak accident when lightning struck the beach where he was working.

The accident happened shortly after 4:30 p.m. near the entrance gates to Island Beach State Park in Berkeley Township.

Beachgoers said the day had started off beautiful but that a storm blew in that afternoon, The New York Times reported.

Christine Gailey-Glenn and her family had started packing up their belongings about 200 feet from the lifeguard stand when the lightning struck.

“It was like a bomb,” Gailey-Glenn said. “I felt this excruciating pain in my head, and crackling.”

“I felt the electricity go through my legs like a current,” Traci Zalinski, Gailey-Glenn’s cousin, added.

That’s when they noticed that the young man at the lifeguard tower had collapsed and that another lifeguard was performing CPR on him.

While seven other people were injured by the lightning strike, Keith fared the worst and passed away.

A vigil was held at the beach on Tuesday night, and hundreds of people showed up to honor his life, according to WABC-TV.

“I’ll miss him and I hope everyone else sees how good of a person he was,” Kevin Pinto, Keith’s twin brother, said.

“He was great. He truly made everyone laugh without trying, he was just naturally funny and loving and caring. He would help anybody,” his sister Tina added.

According to the U.S. Lifesaving Association, Keith’s death comes close on the heels of an accident that resulted in the loss of another young New Jersey lifeguard last month. That young man died after a wave flipped his lifeboat and knocked him unconscious.

“This just doesn’t happen,” spokesman Tom Gill said. “For two fatalities in such a short timeframe in the same general area — this is a tragedy beyond measure.”

“We are devastated by the death of Keith Pinto, the 19-year-old lifeguard who lost his life when he was struck by lightning on the 21st Avenue Beach,” Murphy said. “Our prayers are with his family, friends, and fellow lifeguards. We will be lowering our flags in Keith’s honor on Friday.”

While Keith’s family grieves this terrible, unexpected loss, they’re thankful for the support of friends and complete strangers who have taken time to reach out to them.

“Thank you so much Governor Phil Murphy,” Kevin Pinto commented on the governor’s post. “Thank you so much to every single person who has texted me or anybody in my family. Thank you to everybody who came out to the vigil last night.

“Keith will forever be in our hearts and will always be remembered. Also you have no idea how much we appreciate everything everyone has done for us in such a short time.”

Continue reading: Lightning Strike on Beach Kills 19-Year-Old Lifeguard, Injures 7 Others: 'It Was Like a Bomb' ...