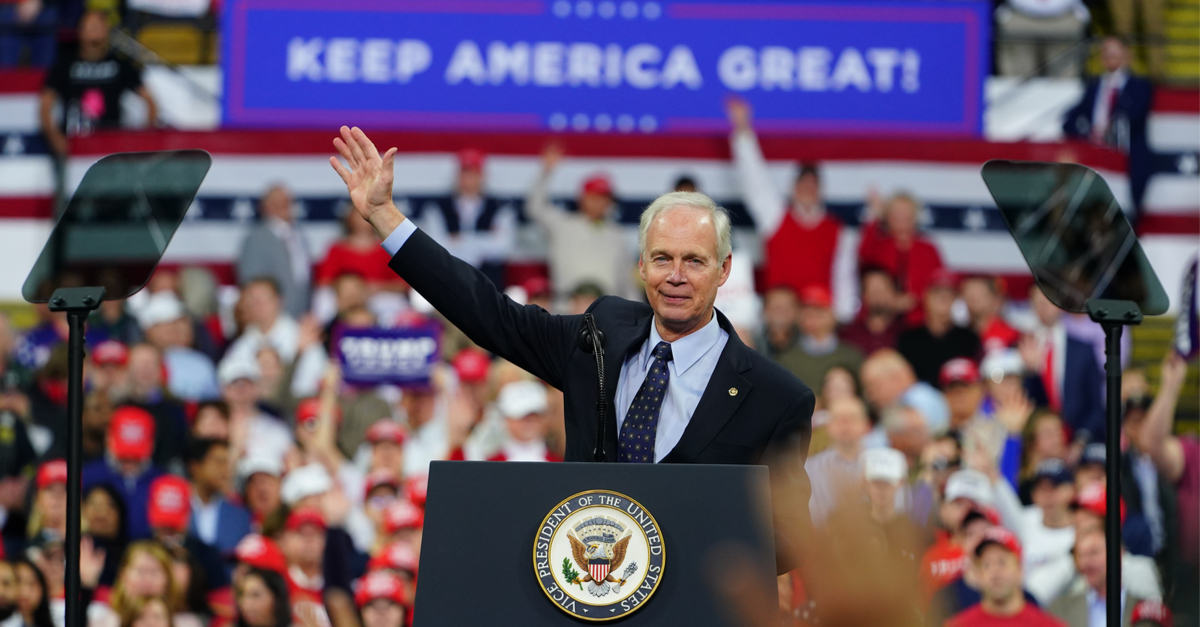 The following article, GOP Lawmaker Lambasted for Saying 2020 Election ‘Not Skewed’, was first published on Flag And Cross.

For all intents and purposes, there is a battle raging deep with the Republican Party, and it centers around Donald Trump still to this day.

The direction of the GOP is going to have to go one of two ways in 2022:  Swing hard to the right, cozying up to the Redhats of the MAGA Movement, or back toward the political middle, where the approach to government is far more subdued.

The Trumpian side of the party is the louder side, that’s for sure, and those who fail to meet their standards are absolutely going to hear about it, even if the offender was, just moments ago, very much in the pocket of the far-right.

Such is the case this week with Ron Johnson, whose take on the 2020 election has gotten him into hot water.

Sen. Ron Johnson, R-Wisc., an ardent promoter of Donald Trump’s baseless claims of election fraud, had a bizarre moment of clarity this week when he argued that “there was nothing obviously skewed” about the 2020 election results in Wisconsin.

In what appears to be an undercover video filmed by The Undercurrent at the Wauwatosa GOP Chicken Burn on Sunday, Johnson was captured trying to disillusion The Undercurrent director Lauren Windsor (who posed as a Trump supporter) from the notion that the former president lost as a consequence of systemic election fraud.

“Prior to this election, I was the number one vote-getter statewide with under 1.5 million votes,” he explained. “This election, Trump got 1.61 [million]. No Republican has ever cracked 1.5 million. Numerous Democrats have gone over 1.6 [million] and 1.5 [million]. Just the Republican state assembly candidate got 1.661 million votes. The eight congressional candidates also got 1.661 million.”

Johnson continued: “So we obviously counted enough Republican votes. The only reason Trump lost Wisconsin is that 51,000 Republican voters didn’t vote for him. They voted for other Republican candidates.”

Then things got interesting:

But Windsor pressed on, continuing the ruse. “So you’re telling me Joe Biden won this state fair and square?” she asked.

“It’s certainly plausible,” he said. “There’s nothing obviously skewed about the results.”

Trump supporters took to Twitter to express their frustration:

@SenRonJohnson I can't express the disappointment I have in you. Counting the bs votes over in a recount and claiming it's legitimate is absolute garbage.

What you did on January 6th was also garbage. You are John McCain light and it's disturbing. https://t.co/YGSGvfMxXV

@SenRonJohnson I can't express the disappointment I have in you. Counting the bs votes over in a recount and claiming it's legitimate is absolute garbage.

What you did on January 6th was also garbage. You are John McCain light and it's disturbing. https://t.co/YGSGvfMxXV

One can only imagine that this will add a new layer of vigilance to those invested in shaping the future of the Republican Party.