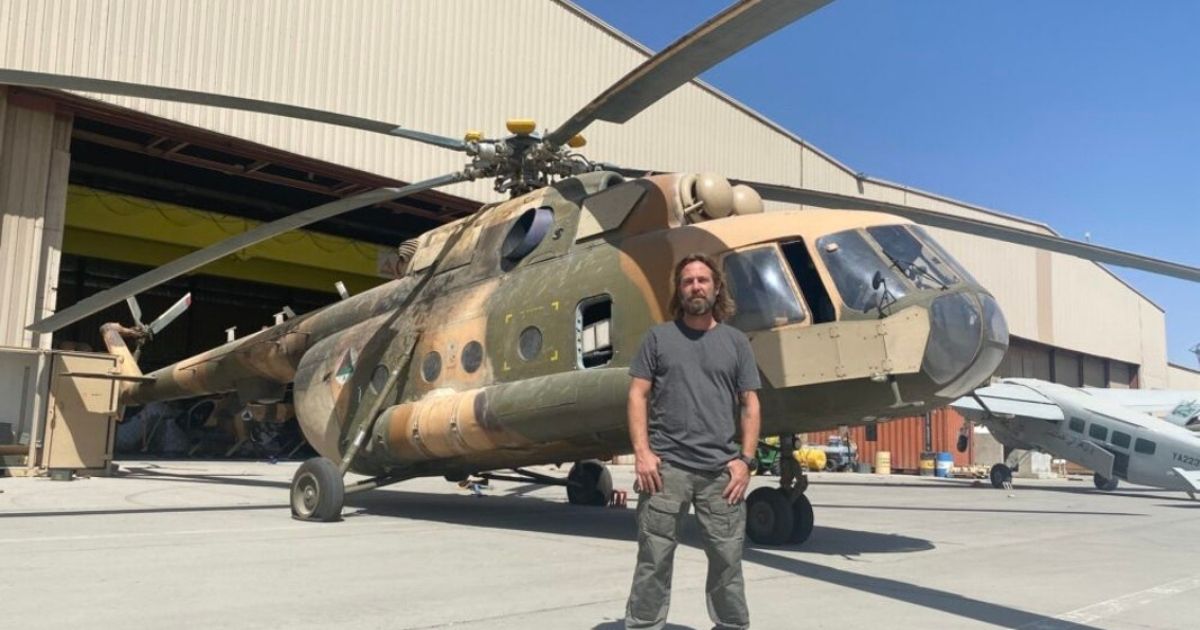 The following article, Former Special Forces Personnel Stay Behind in Afghanistan to Rescue People Biden Left Behind, was first published on Flag And Cross.

Even though the Biden administration has stopped its efforts to evacuate people from Afghanistan, private citizens are working around the clock to rescue those who have been left behind.

The group Ark Salus intends to rescue Afghans who helped the U.S. military during nearly two decades of war.

“We are a group of private American citizens and former U.S. Special Operations advisors with unique expertise who are driven by a moral obligation to assist and protect the  Afghans who assisted and protected us,” the group’s website says.

“With our experience and logistical capabilities, Ark Salus is positioned to fulfill our duty and mission to safeguard Afghans, their families and rescue them from Kabul. We will bring them to safety just as they brought safety to U.S. service members for two decades.”

Board member Travis Dale Peterson told The Daily Wire about the initial mission to evacuate the families of commandos.

“Myself and two others developed it about three weeks ago prior to the fall of Kabul,” the Air Force veteran said.

But once Afghanistan fell to the Taliban, the goal shifted to rescuing allies along with their loved ones.

Peterson and his team are former U.S. Special Forces personnel, so they understand how high the stakes are.

He highlighted the courage of Afghan troops and said these men are owed protection.

“They’re the most dedicated people I’ve ever seen,” Peterson said.

“Saved my life numerous times, countless times, and I owe them this and I’m talking to them daily, hourly, by the minute, from their command structure all the way down to their lowest guy, trying to come for them.”

The veteran even called out the Biden administration’s shoddy withdrawal plan.

“For our administration to even think of trusting the Taliban is absolutely ridiculous,” he said.

‘We Will Keep Going As Long As We Can’: Former Special Forces Operator Describes Ongoing Afghanistan Evacuation Mission https://t.co/BU8A8BZTvV pic.twitter.com/v0feOW06iP

“There’s still 500 American citizens in Kabul right now. American citizens that cannot get out and our government left them behind. Now, multiply that with all of the Afghans that helped us for the last 20 years that fought side by side with me.”

“They know that death is coming for them,” Peterson added. “They know it’s the very next day, or the hour. They know their children, their wives are going to be burned alive. They know what’s happening and it’s disgusting.”

Peterson said his team has managed to rescue 200 to 300 people so far.

President Joe Biden’s missteps have led to a life-or-death situation for Afghans and stranded Americans alike.

Ark Salus should be applauded for its heroic efforts to save those who fought alongside American troops and essentially clean up the mess the Biden administration left behind in Afghanistan.

This is a race against the clock. These courageous men are worthy of everyone’s prayers for safety.