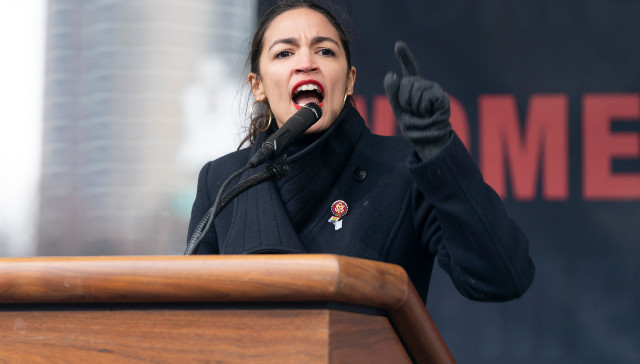 The following article, AOC Sides with Biden on Afghanistan Withdrawal, was first published on Flag And Cross.

When it comes to outspoken and nigh-precocious lawmakers, no one seems to fit the bill as well as New York’s Alexandria Ocasio-Cortez.

The freshman House Rep. stormed onto the congressional stage with a penchant for word-y conflict and a propensity for the use of social media, (as well as an undeniable thirst for attention), and has staked her claim as the leader of the radical left’s new crop of progressives.

And, in that capacity, she has not seen eye-to-eye with President Joe Biden very often.

This week was an exception, and, surprisingly, on one issue in which most of the nation is none too keen on Biden’s actions.

Rep. Alexandria Ocasio-Cortez (D-NY) has defended President Joe Biden following the debacle in Afghanistan, arguing that he made a “courageous decision” to withdraw from the region the way he did.

“In case you’re wondering why people are going on TV relentlessly attacking Biden for his courageous decision to leave Afghanistan when no other president would, here’s one glimpse as to why,” Ocasio-Cortez tweeted on Wednesday as she shared a video in which she grilled a defense contractor during a congressional hearing for allegedly overcharging the U.S. government.

“War is addictive for the few who reap its profits, while the rest of us foot the bill,” she added.

Of course, this presents a bit of a boondoggle for the Democratic Party, who right now are locked in a heated internal war for the soul of the party, and with Biden and AOC representing the polar opposite ends of that argument.