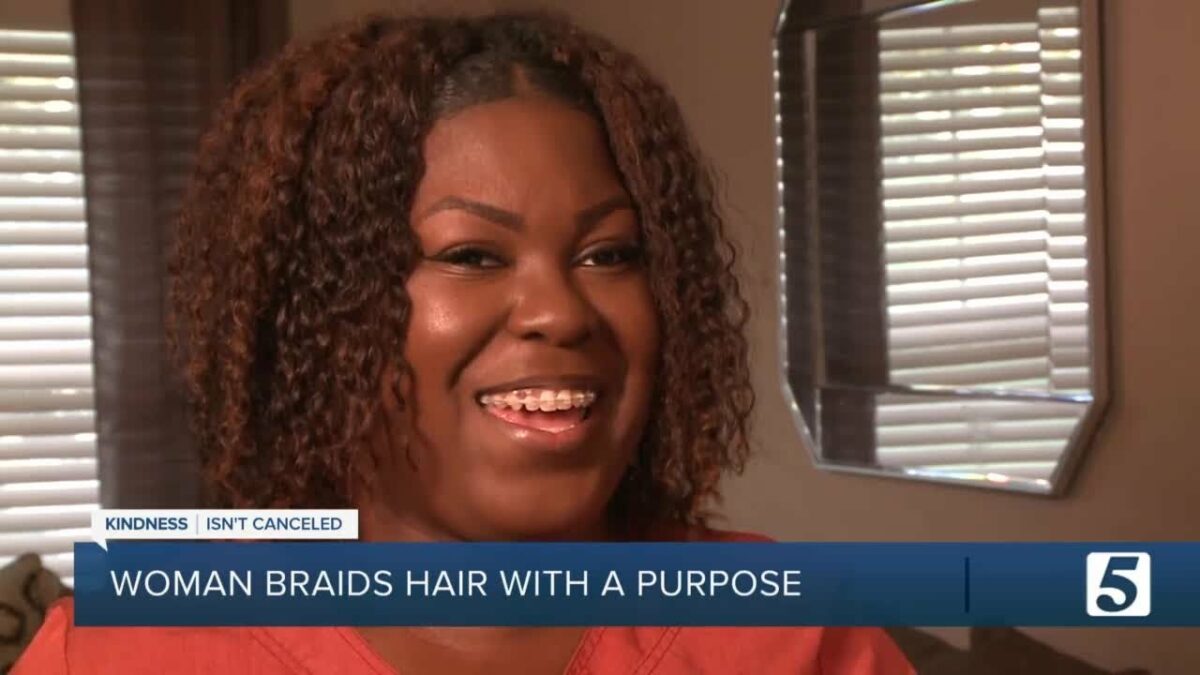 The following article, Woman Determined to Build Kids' Confidence Volunteers to Braid Hair at Beginning of School Year, was first published on Flag And Cross.

Starting up school in-person after a summer away — or for many modern kids, after a year away — is an exciting but stressful time. Many families hit the stores for back-to-school shopping and are met with an overwhelming selection of supplies, gear and clothing.

Plenty of kids carefully choose their outfit and styling for the first day back, but not everyone has the luxury of a new wardrobe or even the basics like hair care.

That’s where Brittany Starks from Nashville, Tennessee, comes in. Starks knows the value of a good hairstyle, and she has also experienced firsthand what it feels like to be part of the have-nots.

A single mom of two, Starks made an astounding offer to her community that has bloomed into an entire movement — and it started with simple gratitude and a post on Facebook.

“Anyone know single parents who can’t afford to get their child’s hair done for school?” she posted on Aug. 4. “I will braid it for free! Please DM me.”

She made the offer in her local group, Hip Antioch, after being the recipient of an act of kindness herself.

“One of the friends and family gave my kids a book bag full of school supplies, and two outfits, and a pair of shoes,” she explained. “So, I was extremely grateful and I’m like, ‘how can I give back?’ Well, I can braid.

“I live in the Antioch community so I’m like, you know, let’s just, I’m just going to post it on Hip Antioch to see if anybody knows any kids or any parents that needs your kids’ hair done.”

The response she got was overwhelming. But with each child taking up to six hours to finish braiding (and up to a $300 value), she received more interest than she had time.

“Update: I have over 30 kids I need help braiding,” she added to the post.

She braided in all her spare time, and the requests still came pouring in.

“It was supposed to be probably like five to seven kids, but I didn’t think I was going to get such a big reaction than I did,” she said. “So, it’s been more, a lot more.”

As more parents contacted her, more do-gooders reached out as well, offering their own braiding skills to help with the undertaking. Starks updated her post again, asking if anyone had a space they could use to accommodate all of them.

Seeing all the positive responses she got and facing a mile-long list of kids who still needed care, Starks started a GoFundMe at the request of multiple good Samaritans who wanted to help fund her efforts.

So far, the GoFundMe has raised over $20,000 — money that Starks says will be used to secure supplies and a space for her and the other braiders so that she can continue to offer the service past the start of the school year for needy families.

“The reason I mostly did it is I’m a single mother,” Starks added. “I was a struggling single mother. I’ve been homeless before, it meant something to give back because giving someone who doesn’t have it, can’t, can’t afford it, makes, something to make their day. I’ll do it, even if I didn’t have the time. I didn’t even get to do my own child’s hair yet.”

All Starks asks in return is that the families she assists will assist others when the opportunity arises.

“Just being kind. It helps! Like, you never know what someone’s going through.”