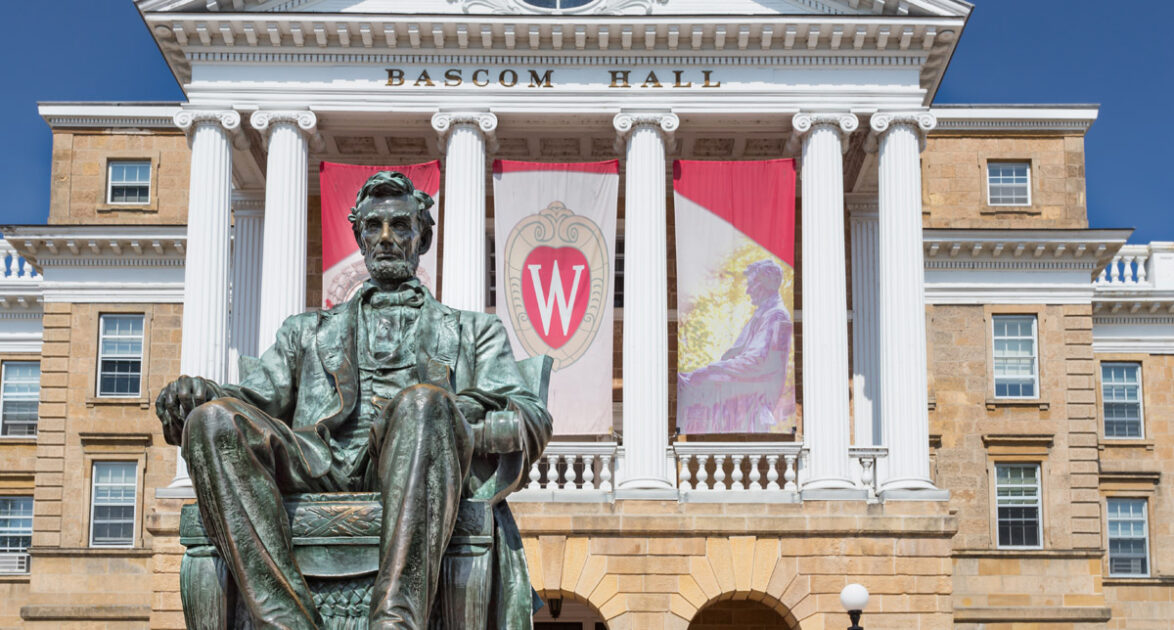 First the University of Wisconsin at Madison touted its wokeness by removing a 100-year-old rock they said was “racist.” Now the school is hosting racist blacks-only parties… and they say that isn’t racist.

Last month, the university removed the “racist rock” that had been part of campus life on the school’s grounds since 1925. But no one knew it was “racist” until early this year when a local journalist found out that in 1925 someone once called the rock a “niggerhead.” Because back then, that is what some people called a large, black rock.

The rock was never called that officially and never in school records. But because one idiot called it that once about a hundred years ago… why, heck, it’s racist!

So, score one for the school getting rid of the supposed “racist” rock that no one knew was racist for the last hundred years.

Wow. What a great victory.

And now the school is stepping into another idiotic controversy by sponsoring black-only parties. Because, excluding all races but blacks… heck-a-roonie, that ain’t racist at all!

As The Blaze notes, the school recently put out a flyer telling all students they are welcome at the BBQ… as long as they are “students of color.”

The university’s Center for Cultural Enrichment is hosting the event. Its mission includes “embracing all races, ethnicities, sexual orientations, gender expressions, religions, classes, abilities, or any other aspects of identity we hold.”

In a Tuesday morning statement to the outlet, UW-Madison spokesperson Meredith McGlone said that there is “nothing unusual” about the way that the campus is advertising the event, despite it not showing up on the campus events calendar nor the University Housing events and activities page. The outlet noted that to the contrary, a “Latinx New Student Welcome” was posted online.

Only on the grounds of an American university can you be so stupid that you think a rock is racist, but black or “Latinx” only parties are not racist.

Our system of higher miseducation needs to be entirely eliminated.