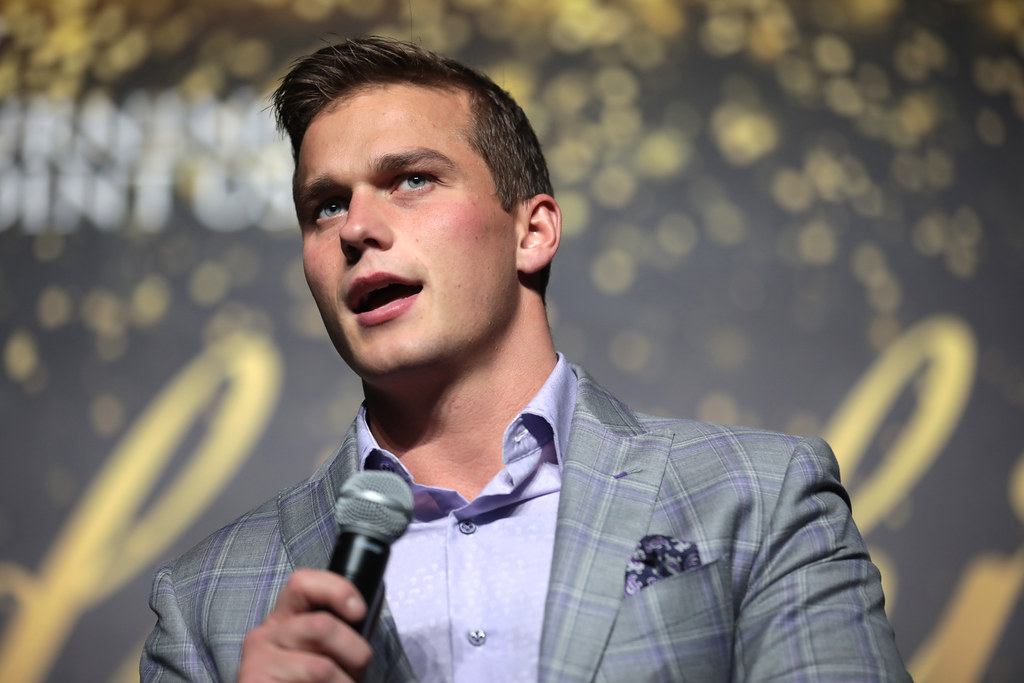 The following article, Madison Cawthorn Fears ‘Bloodshed’, Suggests Breaking 1/6 Rioters Out of Jail, was first published on Flag And Cross.

On the far right side of the aisle, well-removed from the Mitch McConnell’s and Lindsey Graham’s of the world, are a number of MAGA-aligned House Representatives with big dreams.

Many are freshman, who are no doubt looking at ways to increase their national profile ahead of their next campaign, and who believe that their political career should be fast, ferocious, and fraught.

Madison Cawthorn certainly fits the bill, and some of his latest statements regarding the 2020 election and the insurrection of January 6th are getting pushback from within his own party.

“Anybody who tells you that Joe Biden was dutifully elected is lying to you,” Cawthorn declared in a video the party posted on its Facebook page before deleting it on Tuesday following blowback.

“The things that we are wanting to fight for, it doesn’t matter if our votes don’t count,” Cawthorn said. “Because, you know, if our election systems continue to be rigged and continue to be stolen, then it’s going to lead to one place — and it’s bloodshed.”

“The big problem is, we don’t actually know where all the political prisoners are,” he said. “So if we were to actually be able to go and try and bust them out ― and let me tell you, the reason why they’re taking these political prisoners is because they’re trying to make an example. ‘Cause they don’t want to see the mass protests going on in Washington.”

An audience member asked Cawthorn “when are you going to call us to Washington again?”

“We are actively working on that one,” Cawthorn replied. “We have a few plans in motion I can’t make public right now, but this is something that we’re working on.”

Fellow Republicans, (and, predictably, several Democrats), lashed out at Cawthorn over his insinuations about bloodshed and jailbreaks.

“This is insane. Based on a total lie,” tweeted Illinois Rep. Adam Kinzinger, a Republican who voted to impeach Trump after the Capitol riot. “This must stop.”

Kinzinger may find himself with a chance to let Cawthorn know how he feels in person, as the former could call the latter as a part of the January 6th select committee.