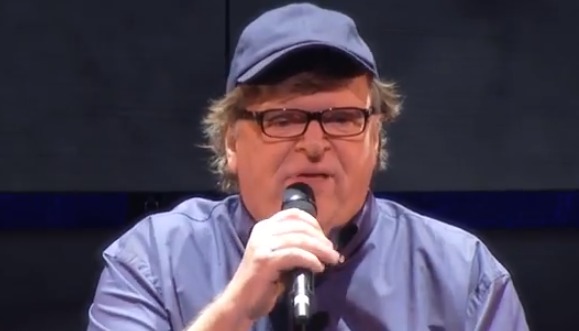 At some point in the last 30 years, as the age of the internet truly came into its own, the human race began to go nuclear as a default setting.  Gone are the days of careful debate and cunning, replaced with a race to get to the endpoint.

This has been especially true in the world of politics, where the distillation of ideologies has our elected representatives calling each other “Hitler” on a near-weekly basis.

And so it true, also, at the intersection of politics and Hollywood, with one liberal filmmaker this week making the unfathomable comparison of the Taliban to the GOP.

Following the Pentagon’s Afghanistan evacuation on Monday, left-wing documentary filmmaker Michael Moore said it is now time to defend the United States “against our own domestic Taliban.”

“WAR IS OVER. 4:33pm ET. ENOUGH! No more wars. Peace. Apologies to all,” Moore tweeted, before claiming there exists a “domestic Taliban” to fight in the United States. “Time to fix ourselves and strengthen our own Democracy and defend it against our own domestic taliban,” More added. “Take the war money and use it on schools, health care, guaranteed income, housing. Never again. Ever.”

Moore’s rhetoric is not new, nor is is totally surprising, but it certainly does appear to be aimed at pushing the mainstream media’s divisive narrative, and could potentially lead to more political violence here in the USA.