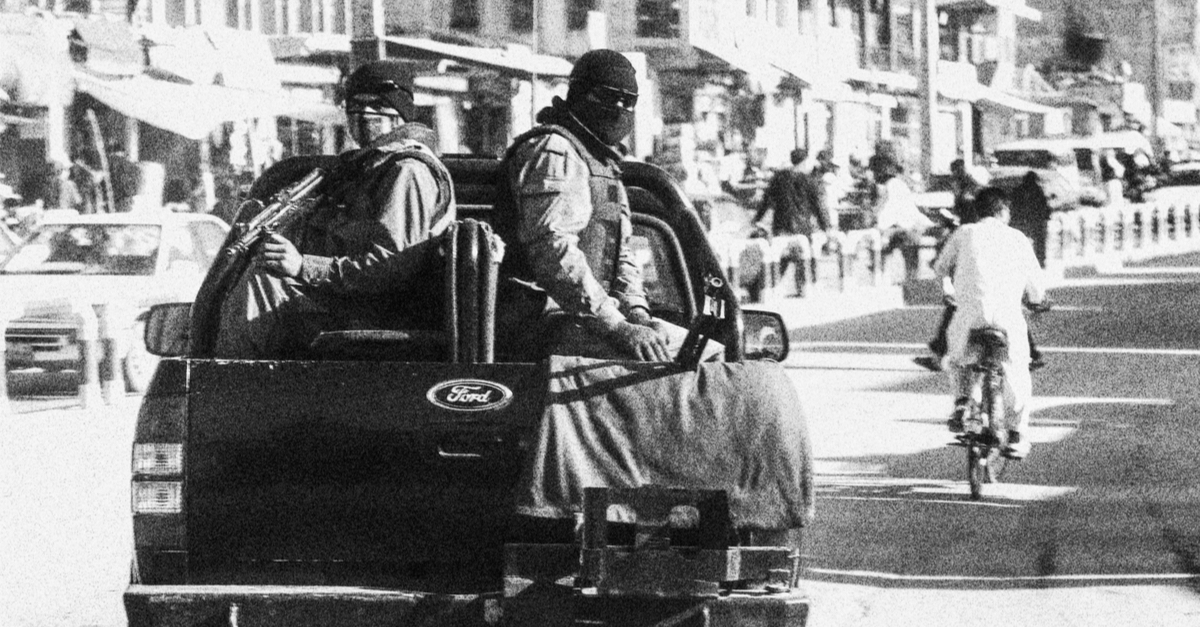 The following article, Taliban Now Going Door to Door in Kabul, Executing Citizens, was first published on Flag And Cross.

The United States spent twenty years preparing the people and the government of Afghanistan to defend themselves against the Taliban, and it took those bloodthirsty cretins only eleven days to run them all off.

Now, with the terror organization now in control of the entire country, we are beginning to hear tales of abject terror in Kabul.

Hours after the U.S. withdrew from Afghanistan, Taliban members were going door to door in Kabul and executing people, a senior U.S. official told Fox News.

So far, it is unclear who the victims are, but a Politico report confirmed by Fox News said that U.S. officials in Kabul gave the Taliban a list of American citizens, green card holders, and Afghan allies in an effort to grant them entry to the airport which resulted in outrage from military officials behind the scenes. President Biden has acknowledged that “there may have been” such a list.

“Basically, they just put all those Afghans on a kill list,” one defense official told Politico.

The news wasn’t exactly a surprise, however, with the Taliban having conducted similarly gruesome operations in other major cities as they stormed across the countryside in their eleven day siege.

The horrors were numerous.

Women and LGBT people are also being targeted by the Taliban. According to a report by the UK’s ITV, two Taliban members pretended to befriend a gay man, claimed to be able to help him escape the country, and then lured him to a location where they beat and raped him.

“My friends in Afghanistan are scared, they don’t know what will happen to them in the future so they’re just trying to hide,” LGBT activist Artemis Akbary told the outlet.

That incident reportedly took place days before the Americans even left.

There are believed to be somewhere between 100 and 200 Americans remaining in Afghanistan as of this writing, and perhaps thousands of Afghan allies who are attempting to evacuate through a special visa program.