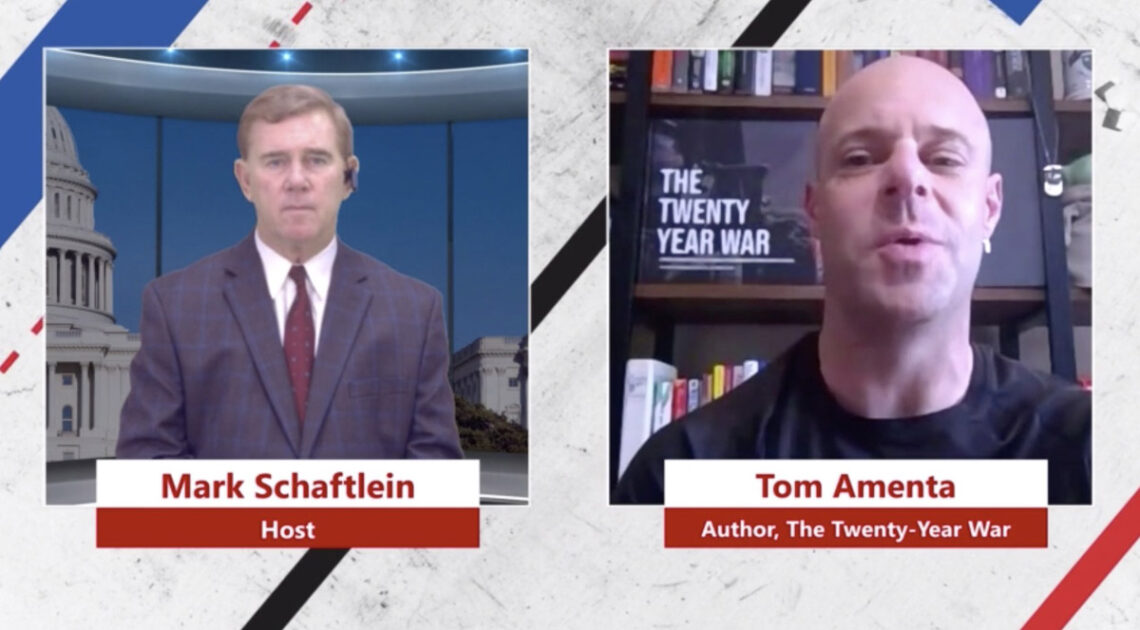 Guest: Tom Amenta – Author of the new book The Twenty-Year War (TheTwentyYearWar.com), Chief Development Officer of United Valor
Topics:
1) Only 38% of Americans approve of Biden’s handling of the situation – Why is that number so high?
*85% believe we should stay until all Americans are out – That’s not going to happen
2) Only 33% believe America under Biden is on the Wright Track – Nobody FIRED or RESIGNED – WHY?
3) U.S. launches drone strikes on ISIS targets but 10 Civilians also killed as vehicle loaded with ammunition explodes
*Missile Defense system prevents 54 rocket attacks on airport
4) Former Defense Secretary Leon Panetta – “It’s far from over. The U.S. will have to return to deal with the terrorists”
5) Taliban retribution fears grow. Reports of buses being stopped containing Americans. How many will be left behind?
6) Sen. Lindsay Graham – “Dereliction of Duty” – Sen. McConnell – “Much worse then Saigon”
7) Secretary Blinkin outright lied on the Sunday Shows. ABC Johathan Karl – “This isn’t reality” – “The SPIN is “Disastrous”
8) I’m not supposed to take nay questions, but go ahead” – Biden – Who then walked away from a question of Afghanistan – WHO IS IN CHARGE?
9) Over 1.0M without power in Louisiana
10) CA wildfire rages requiring all of S. Lake Tahoe to evacuate