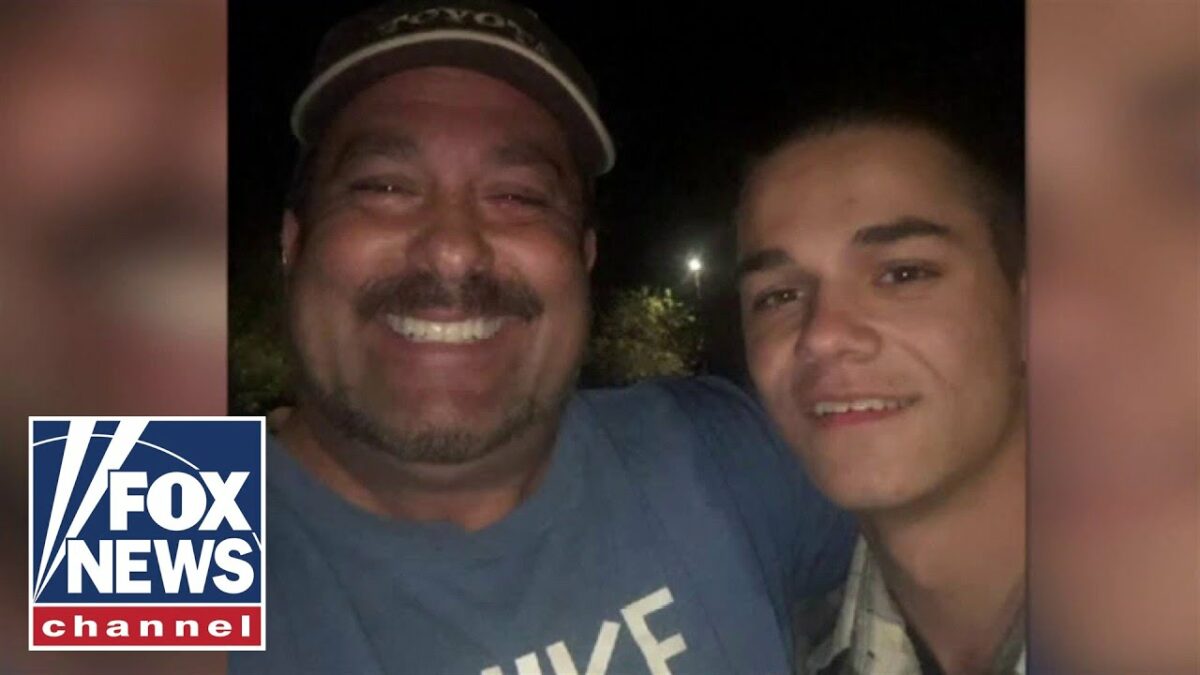 The following article, Mother of Marine Killed in Kabul Vows to Travel to WH, Demand Biden Resign Day After Son's Funeral, was first published on Flag And Cross.

The mother of one of the 13 brave American heroes who died last week in Afghanistan due to President Joe Biden’s incompetent exit from the country blistered him in a Facebook post on Monday and vowed to travel to the White House to demand his resignation.

It’s difficult to imagine what Shana Chappell is going through right now after her son, Marine Lance Cpl. Kareem Mae’Lee Grant Nikoui, was killed Thursday at the airport in Kabul by a suicide bomber.

Biden’s Pentagon and State Department created an unnecessarily vulnerable situation for American civilians and service members when they abandoned a secure exit point at Bagram Air Base and turned the country’s exit from a 20-year war into a defeat in Kabul.

Nikoui was among those who were left the most vulnerable by the country’s leadership.

The young Marine’s father, Steve Nikoui, joined Fox News host Tucker Carlson last week and described how he found out about his son’s death and how it affected his family.

On Facebook on Monday, the fallen Marine’s mother blamed Biden for the cost her family has paid for his incompetence.

Chappell also called the president a “traitor” and vowed to travel from California to Washington to demand his resignation.

“Hello Friends. I haven’t checked my notifications or [messages]. I’m exhausted and my heart just hurts so much. I just wanted to thank you all for your love and support and for honoring my son Lance Cpl. Kareem Nikoui,” she wrote.

“Finding out the details of what Happened to my son and what he was doing when it happened has hurt me so much but at the same time i am so proud of my little man,” added the grieving mother. “He saved so many lives and in return he lost his own. It kills me, i feel like I’m dying!”

Chappell then described meeting Biden during the dignified transfer of her son’s remains at Dover Air Force Base in Delaware on Sunday.

“I got to have words face to face with that POS Biden! He’s a coward! My son Kareems body will be returned to [Norco] in 7-10 days so i can lay him to rest! The day after i lay him to rest i will be leaving from Norco in my Blue Toyota Tundra to head to the White House,” she wrote. “I will be going to the White House to demand that the traitor POS Biden resign and take his whole corrupt admin with him!

“If [former President Donald] Trump wouldn’t [have] had the election stolen from him then my son would still be alive! The blood of my son and our other fallen [Heroes] is on Biden’s hands! Anyone who wants to follow along is more than welcome. It’s a long drive but worth it!”

“It’s time the Lions awaken and show their numbers, it’s time we take back our country! If we don’t fight to save our country then nobody will and she will fall! I am not going to the White House to protests, riot, loot, or cause trouble!” Chappell concluded. “I am going to make a statement and a demand!!!! I’d love for others to make this journey with me but if you choose not to then i understand.

“Once again thank you all so much for your love and support.”

WARNING: The following post contains vulgar language that some readers may find offensive.

“Joe Biden This msg is for you! I know my face is etched into your brain!” Chappell wrote. “I was able to look you straight in the eyes yesterday and have words with you. After i lay my son to rest you will be seeing me again!

She said Biden rolled his eyes at her as if he was “annoyed,” adding that the “only reason i was talking to you was out of respect for my son and that was the only reason why… u turned to walk away and i let you know my sons blood was on your hands and you threw your hand up behind you as you walked away from me like you were saying ‘ok whatever!!!’”

“You are not the president of the United States of America Biden!!!! Cheating isn’t winning!!!You are no leader of any kind! You are a weak human being and a traitor!!!!” Chappell wrote. “You turned your back on my son, on all of our [heroes]!!! you are leaving the White House one way or another because you do not belong there!

There were reports that Chappell’s Facebook and Instagram pages were shut down after she shared her anger.

Shana Chappell, mother of Marine and American hero Kareem Nikoui killed in Kabul, has had her FB and Instagram accounts suspended for posts she made about her son.

However, Chappell’s accounts were both active as of Tuesday afternoon — and so is her resolve to hold accountable those who put her son in danger. Chappell gave a son for this country, and Biden appeared bored by meeting with her and other Gold Star families Monday.

The president was seen looking at his watch — repeatedly, according to some of the family members in attendance.

WATCH: Joe Biden looks at his watch during the dignified transfer of 13 service members killed in Afghanistan. Disgraceful. pic.twitter.com/tEHnrMmapi

“Just considering especially the time and why we were there, I found it to be the most disrespectful thing I’d ever seen,” Mark Schmitz — the father of Marine Jared Schmitz, 20, who was among those killed last week — told Fox News’ Sean Hannity.

Americans who every day experience the ugliness, the uncertainty and the callous nature of the Biden administration feel ignored. But it’s impossible to know that feeling as a Gold Star mother or father.

Our country might be leaderless right now, but we can all lift up these parents by supporting them, honoring the sacrifices of their children and offering them our prayers. May God bless them all.