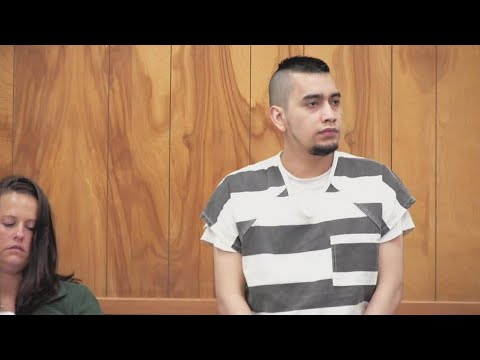 The following article, Illegal Immigrant Who Murdered Mollie Tibbetts Receives Maximum Sentence – Life in Prison with No Parole, was first published on Flag And Cross.

The illegal immigrant convicted in the 2018 murder of Iowa college student Mollie Tibbetts was sentenced Monday to life behind bars with no chance of parole.

Cristhian Bahena Rivera was found guilty of killing Tibbetts, who was 20 at the time of her death, in May. Although he claimed that new evidence had emerged that would point the finger at others, Judge Joel Yates ruled Monday that nothing would change the verdict.

In his ruling, Yates wrote, “providing an alternative suspect is only a useful strategy when it is believable,” according to KRTK-TV.

The judge said Rivera alone bore the guilt for the crime.

“You, and you alone, forever changed the lives of those who loved Mollie Tibbetts. And for that, you and you alone will receive the following sentence,” he said in court Monday, according to NBC News.

The 27-year-old Rivera made no comment when Yates gave him the maximum penalty under the law, telling him he would serve a “lifetime sentence with no eligibility for parole.”

A victim impact statement from Laura Calderwood, Tibbetts’ mother, was read in court.

“Mr. Rivera, I come here today not because I feel the need to address you. However, I come here to give a voice to our daughter, granddaughter, sister, girlfriend, niece, cousin and friend Mollie Cecilia Tibbetts,” she said.

“Mollie was a young woman who simply wanted to go for a quiet run on the evening of July 18 [2018] and you chose to violently and sadistically end that life,” Calderwood said in the statement, according to WOI-TV.

The statement talked about how the family coped with breaking the news to others that Tibbetts was dead.

“However, the most difficult person to tell was Mollie’s grandmother and my mother, Judy Calderwood. Judy truly believed her granddaughter would be found alive, because who could harm such a beautiful, vibrant, young woman so full of life, and promise? Who could harm Judy’s precious granddaughter, let alone brutally murder her and dump her body in a cornfield?” Calderwood said.

“This was heartbreaking news that needed to be delivered in person. I entered my mother’s home and she greeted me with a big smile and asked if I wanted a cup of coffee. There certainly was no easy way to tell her the news. However, it had to be done before her phone started ringing with loved ones sending their condolences.

“I very quietly and softly said, ‘Mom, I have some bad news. They found Mollie’s body this morning, but we know where she is now.’

“Judy Calderwood’s unwavering faith had been brutally shattered by your senseless act of violence.”

She then spoke of Rivera’s daughter.

“I do hope one day Paulina has the opportunity to become a mother, but how will she ever explain to her children who their grandfather is? This is a legacy you left behind for your only child, Mr. Rivera. I don’t know whose situation is worse,” Calderwood said.

The illegal alien, who murdered Mollie Tibbetts, is sentenced to life in prison without parole.

It’s important to note that this vicious crime was 100% preventable — he should have never been in our country.

It was Rivera who led police to Tibbett’s body, which was found in a cornfield a month after she disappeared.

He claimed, however, that two masked men had killed Tibbetts and forced him to participate.